Off until Monday 16th 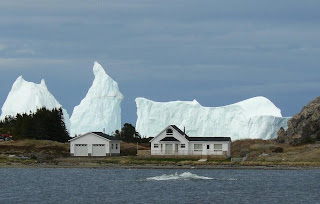 I'll be away until Monday 16th June.

In the meantime, here is a neat picture from Newfoundland. (Not my work)
Posted by J. Michael Povey at Thursday, June 12, 2008 No comments: Links to this post

The lure of trivia

I couldn’t resist it! Some three years ago a worshipper at St. James’s in Cambridge (who claimed to be a Sufi) asked if we could have a study group on the book “The Da Vinci Code”.


I knew this person to be one who was interested mostly in the esoterica of religion, so I asked her a question.

“Have you”, I asked “read the New Testament?”

“No” was her predictable reply.

“So here’s the deal”, I said. “You read the New Testament and we’ll have a study group on that, after which I’ll read the Da Vinci Code, and we can study that”.

That was a bit mean of me, but I could not resist it.

I remembered that encounter today when I was in a local Supermarket. It was a quiet day, and Alejandro, a very bright young cashier from Cuba wanted to talk.

He asked me what I did before I retired, and so I told him. Of course he had never heard of the Episcopal Church, so he had some questions.

I said “yes” to each question. Then I asked if he were a Christian. “No” he replied, “but I believe in God and I read the Bible”.

Then he got to the heart of all his questions. He wanted to talk about the 144,000 “saved” from Revelation.

My heart sank. “Here we go again” I thought, “dabbling in esoterica, and missing the main point”.

He, and my Cambridge parishioner are truly children of this post-modern age. They are amongst those who are able to “hold” any number of “truths”, never questioning the compatibility of the various “world views” they hold.

I talked to Alejandro a bit about what it means to follow Jesus: - to care for the poor and hungry, to spread a welcome Table for all; to work for justice.

He listened politely, but he really wanted to talk about Biblical prophecy and all that jazz.

They know that we, the Church, have set an agenda of trivia, so no wonder they think that matters on the fringe of faith are more important than the core.

(For if the trumpet give an uncertain voice, who shall prepare himself for war?
1 Corinthians 14:8)

Posted by J. Michael Povey at Wednesday, June 11, 2008 No comments: Links to this post 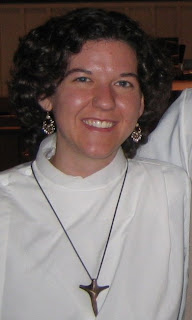 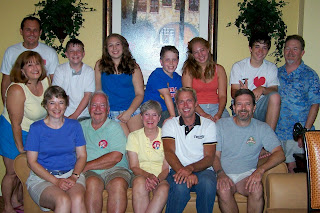 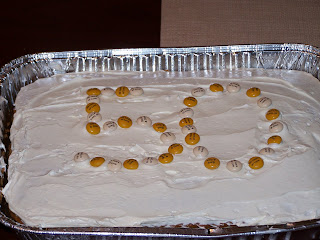 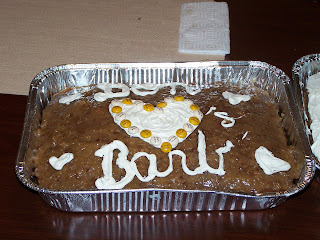 In the summer of 1975 I worked, as a Seminarian, in the American Diocese of Western Massachusetts. Then and there I met DeWolf and Kitty Perry, who were to have a great and positive influence in my life.

A year later, following Ordination as Deacon on Bristol Cathedral, England, I returned to Western Massachusetts to become first Deacon in Charge of the Church of the Good Shepherd in West Fitchburg, Massachusetts.


DeWolf Perry was the Priest in charge there, and supervised me for six months, until I was Priested and succeeded him in that ministry.

Kitty and DeWolf were became two of the greatest good influences in my life. Both are now with G-d. I retain a lively and lovely friendship with two of their children, Dain and Tinka. For that I am grateful.


Soon after my arrival in Fitchburg I officiated at three funerals.

One was for Professor Arthur Hauler who had grown up in the parish. I’d never met him, but did my best to provide a decent burial service for him; for his widow Dorothy, and for their three sons.

I retained a friendship with one of the sons, Don, and his wife Barbara. In turn they have met my mother (in the States and in England); my sister Maureen (in a visit to England); and my brother Martyn with his wife Wendy who met Don and Barbara in McLean, VA and in England.

I have also kept up with their three children.


Mark, married to Marcia, living in Atlanta, GA with their daughters Lindsey and Lesley.,

Wendy, married to Charles (Pinkham), and their sons Chuck, Chip and Nick. (I assisted at Charles and Wendy’s wedding). They live in Beaufort, SC.

Gary, and his partner of many years, Ed, known collectively as “Edgar”. They live in D.C. and in Hawaii.


Don and Barbara are celebrating their 50th wedding anniversary in Orlando, with their children, their partners, and the five grandchildren.

I was with them all last evening for a wondrous dinner (at a time-share with wonderful views of the Disney fireworks’ show). It was a fabulous evening for food, drink, love, laughter and prayer.


I drove back this a.m. (June 10th ‘08) to attend a “Clergy Day” for the Clerics of the Episcopal Church Diocese of South West Florida.

I got connected with this Diocese when I was licensed to assist as a retired Priest a year ago. I wanted to be present for the day to connect with other Clericss who have made me so welcome.


There is Bob Hennigan, Rector of St. Hilary’s in Fort Myers. ( I interviewed there as potential Rector in about 1998). Bob has been so very gracious to me and I have done some summer supply at St. Hilary’s.

There is St. Hilary’s wonderful Deacon, Cynthia Montooth, who is about to move to Decatur, GA. My good pal Tracy Wells attends Holy Trinity Church in Decatur.

There is Arthur Lee, Rector in Englewood, FL, who has opened his pulpit, altar and heart to me.

There is Ted Copland (Rector) and Andrea Taylor (Assistant) at St. Boniface in Sarasota, FL, a parish where I sit in a pew and am spiritually fed.

There is David Danner, Rector at All Angels by the Sea on Longboat Key, FL - a parish where I “help out”, and where I am constantly enticed by the most gracious hospitality.

There is the (fairly new) Bishop of South West Florida, Dabney Smith, whose welcome to be could not be more genuine. (In this Diocese which is crawling with retired Clerics, he knows my name!).

We had two speakers today. Each was wise, engaging and enjoyable.

There was Don Johnson, Bishop of West Tennessee. I “connected” with him when I remembered that Andrew Macbeth is Rector of Calvary Church in Memphis, TN. I have never met Andrew Macbeth, but I know his mother, Lois. She is one of the finest volunteers at Resurrection House.

I asked Bishop Johnson to tell Fr. Macbeth how much I admire the latter’s mother.


And there was Neil Alexander, Bishop of Atlanta. I “connected” with him and told him of my great admiration for my dear Tracy Wells ( a parishioner in Cambridge) who is now connected with Holy Trinity, Decatur, GA (see above), and who hopes to become a Postulant for Ordination.

It’s all about fruitful connections.
Posted by J. Michael Povey at Tuesday, June 10, 2008 2 comments: Links to this post

“Take time to smell the roses” “they” say.

“What is this life,
If full of care.
We have no time
To stand and stare”

Someone else said that.

Good wisdom of course. The wisdom of the ages indeed, endorsed by wise thinkers and religious writers in all nations, traditions, and spiritual practices.


But seemingly impossible for me!

One day in Pittsfield I was driving home from the Supermarket. Even as I drove, my mind was sorting out the order in which I would unpack my groceries.

Nonsense of course, but that’s what I was thinking.

I suspect that my worries about “the next thing”; rather than any enjoyment of the moment is why I get up so early in the morning (4:00 a.m. would you believe!).

I am always fretting about “what comes next”.

This morning, June 8th, I attended the 9:00 a.m. Eucharist at All Angels by the Sea on Longboat Key.

The music was excellent; the sermon was “hot”, and the fellowship was grand.

It was only as I drove home that I realised that I had been fully present to those 80 minutes in worship. I had not given one thought to “what comes next”.

It was truly cool to sit in a pew, and not worry about a thing.
Posted by J. Michael Povey at Sunday, June 08, 2008 No comments: Links to this post