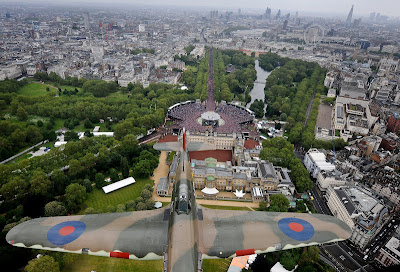 1.It has been a rainy and thundery day here in south west Florida.

We who live here rejoice in every single drop of rain and are glad when the “monsoon season” fulfils its promise. Gotta fill those aquifers y’know.

I enjoy the distant rolling of thunder.

Thanks be to some evolutionary trait my dog  Penne is not spooked by thunder.

She and I have been able to take some good walks in-between the storms.

2.I am off to Boston tomorrow for a brief visit with dear friends in Cambridge, MA and Providence RI.

3. Jill, my good house and pet sitter will take care of my home and my pets. Penne likes Jill. The cats like anyone who feeds them.

4.Below  is   the "fly past" photo’ from the Jubilee of Queen Elizabeth II of the United  Kingdom.  The photo' was taken from the tail of a World War II Lancaster Bomber  (must have been a remote control camera), the plane in the foreground is a World War II Spitfire.


You can see the huge crowds outside the Palace and along the Mall.  What a g…
Post a comment
Location: Sarasota, FL. USA
Read more

One of the best aspects of  life in Florida is that (at this time of year) our markets have an abundance of Georgia peaches.

These peaches are firm-fleshed, but not hard.

They peel away from the stone with the greatest of ease.

They are sweet and juicy.

I've had nothing but a peach for my breakfast these past five days.

This too shall pass, but for now I am glad that Florida is so near to Georgia --  "The Peach State"
Post a comment
Read more

The Archbishop of Canterbury's sermon at St. Paul's Cathedral this morning

June 05, 2012
Who knows what an Archbishop should preach at the Diomand Jubilee of  a Monarch.  This  is what Archbishop of Canterbury,  Dr,.Rowans Williams said today.
I suggest that he paid all due deference to E II R (as he was expected to do), yet also "nailed" some important Christian themes.  Here is his sermon.
The emphases are mine, so if you wish to forward the sermon please use this original from the ABC's website

In the Name of the Father and of the  Son and of the Holy Spirit. Amen.

Some words from St Paul: ‘Present your bodies as a living sacrifice, holy and acceptable to God.’

There will be other occasions to remember the splendour and the drama of the Coronation; today’s focus is different. What we remember is the simple statement of commitment made by a very young woman, away from home, suddenly and devastatingl…
Post a comment
Location: Sarasota, FL , USA
Read more

It is what it is 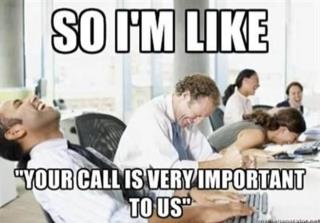 When I was twelve years old Queen Elizabeth made her first official visit to my home City - Bristol, U.K.   Of course we had a day off school, and were expected to line the streets and wave our Union Flags.

I had no patience, even at the age of twelve, for all things Royal, so I chose not to do so, much to my mother's dismay.  She, like many Britons of the WW II era had a great respect for the British Royal family.

Nonetheless, 60 years is a good innings as Head of State.

So having attended the 8:00 Eucharist at St. B's today, I tuned in to live coverage of the River Thames flotilla when I returned home.

It was a wee bit underwhelming.

I had imagined Tall Ships and Royal Navy Vessels in abundance, i.e. something rather more grand than today's motley flotilla.

The coverage by the BBC was dismal. There were miserable camera angles, sound and vision breakdowns, useless cut-away interviews, and "over the…
Post a comment
Read more
More posts