Here is an excerpt from a published quotation.  It has to do with the actions of the U.S.A. President.

The quotation asserts that his actions are “.... a menace to political rights and constitutional liberties, a danger to American ideals and institutions.....a detriment to the public welfare...opposed to fundamental conception of democracy and every principal of individual property on which democracy was based....... the people elected a Democratic administration, not a socialistic dictatorship.”
Ah well.  We understand that “Tea Party” adherents have their knickers in a twist.  It’s hard for them to comprehend that we have a wise, intelligent, and stable President in Barack Obama.  We know why they say such stupid things.
Oooops!  I have misled you.  The quotation above was not from the Tea Party regarding our President (although it could well have been).
It was what the publisher William Randolph Hearst had to say about President Franklin Delano Roosevelt back in 1933.
William Randolph Hearst was as wrong in 1933, as the Tea Party adherents are wrong in 2010.

“The more things change, the more they stay the same.”

(a translation of my title for this article)

Posted by J. Michael Povey at Saturday, June 19, 2010 No comments: Links to this post

“Going to church doesn't make you a Christian....."

On the face of it the statement sounds plausible. It points to the boringly obvious: i.e. the hypocrisy of some church attendees. We all know about this. It’s an “all too easy” target, at which any cynic can shoot with impunity.

But it is a demonstrably foolish statement. It ignores the fact that:

1. Those who attend Church are constantly urged, in scripture and in sermon, to move away from complacency to engagement. (You do not get that in bed of a Sunday morning!)

2. Those who attend Church encounter folks who are hard to like. Being in Church reminds them that they are called to love the unlovable. (That does not happen at Sunday brunch with one’s best friends!).

3. Those who attend Church are very frequently called upon to examine their lives and to move from selfish desire to deep compassion. (You’ll not get that message from the Sunday morning T.V. talk shows).

4. Those who attend Church will be challenged to sacrifice personal well being in favour of the good of all humanity. (That’s not the message of the “Tea Party”, nor of shows such as “The Apprentice”)

5. Those who attend Church will learn that giving is more important that acquiring. (A seditious and very un-American concept.)

6. Those who attend Church will be connected with a 2000 year old history of failures and successes. (American history is all about success and not a bit about failure).

7. Those who attend Church will eat a little bit of bread, and drink a tiny sip of wine. The bread and wine will remind them of their solidarity with all of humankind; and of their awe in the face of the mystery of the universe. (Try that alone in your garage!).
Posted by J. Michael Povey at Friday, June 18, 2010 3 comments: Links to this post


I have been lusting after a plate of fresh Fava Beans (a.k.a. Broad Beans) for three or four weeks.

What are Fava/Broad  beans?    See  http://en.wikipedia.org/wiki/Vicia_faba
I used to buy them frozen at the “Market Basket” in Somerville, MA.  But these good beans get a bit tough when frozen.
Fava Beans are readily available here in Florida, but only in the canned/tinned version, marketed by  “Progresso”.  They are “O.K.”  (Only in the same way that any canned/tinned veggies are adequate but not great).
Dammit:  I want fresh broad beans.  I want these beans right from their preposterously huge pods.
I've  tried every farmer’s market within range.  But none of them grew Broad/Fava beans.  Some of these markets had never even heard of them.
BUT ...   I was at my local “Publix” supermarket this morning.  “Publix” has a near monopoly throughout Florida, so I try to avoid shopping with them, and do my best to patronise their puny rivals (Sweet Bay and Winn Dixie).
Nonetheless I shop at Publix from time to time, especially for their store brand canned cat food which Ada and Adelaide scoff down with wild abandon!
Thus it was that I was in a Publix Store this morning.  I bought the cat food, and then went searching for some cucumbers.
In that search my eyes alighted upon fresh Fava/Broad beans at the iniquitous price of $2.69 per pound.
I bought 2lbs.  This was partly to satisfy my longing, and partly to encourage Publix to continue to stock them, and other “less than mainstream” veggies and legumes.

Posted by J. Michael Povey at Thursday, June 17, 2010 No comments: Links to this post

It was four years ago today that I “closed” on the condominium here in Sarasota. It almost did not happen.

On 15th June 2006 I was driven to Boston’s Logan Airport, having “closed” on the sale of my Medford condominium earlier that day. I was to take a flight from Boston to Sarasota, via Atlanta. If all had gone to plan I would have arrived in Sarasota that evening.

But the flight from Boston to Atlanta was delayed. So I missed the Atlanta to Sarasota flight. The airline (Air Tran) found and paid for a Hotel room near Atlanta’s airport. But the best flight they could offer next morning was from Atlanta to Tampa, arriving there at about 10:30 a.m.

Tampa is some 60 miles away from Sarasota, and it was hard for me to believe that I would manage to find a rental car in Tampa, and get to the lawyer’s office in Sarasota by noon.

(The time was crucial, for the lawyer was ready to close his office soon after Noon, before beginning a two week holiday).

At just before midnight on 15th June 2006 in Atlanta I called my good Sarasota realtor. I said “help”, and added “please meet me at the Tampa Airport tomorrow morning at 10:30 a.m., and drive me to the lawyer’s office as fast as you can”.

That good realtor (his name is David Foster), was more than ready to oblige. He met me at the Tampa airport as he had promised, and drove to Sarasota like a bat out of hell.

We arrived at the lawyer’s office in Sarasota, with just a few minutes to spare!

So now I (and the bank) have owned this condominium for four years.

I am not sure how the bank thinks about this.


But I think that all this is cool, and that my four years in Sarasota have been better than good!
Posted by J. Michael Povey at Wednesday, June 16, 2010 No comments: Links to this post

Beauty and the Beast 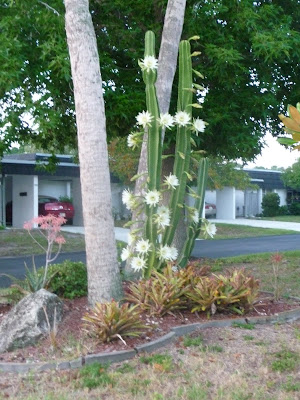 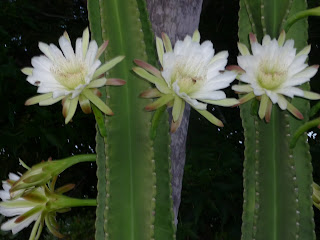 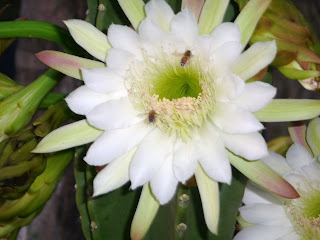 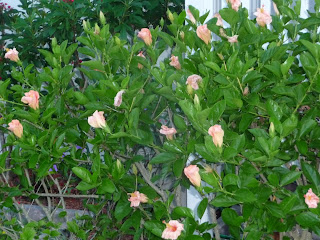 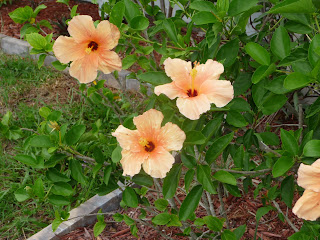 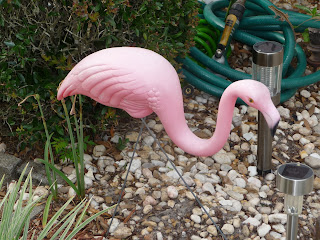 Posted by J. Michael Povey at Tuesday, June 15, 2010 No comments: Links to this post

Cousins, food and the world.

My Staten Island, N.Y.  cousin, Michael Altini writes:  “I love eating. If the food is not up to spec, I get very angry, pay and leave. I know I can make half the stuff better”

My Bristol, U.K cousin, Chris Finch writes : “Diet News - Day 21. Half a pound down takes me 2 away from my target in 3 days . Who's that skinny guy in the mirror?”

From me:
1.      Hey Michael, I am with you.  I rarely get truly excited about restaurant food.  It is so often either poorly cooked and presented, or over-priced.  I much prefer my home cooked foods – e.g. the roasted parsnips, carrots, onions, and peppers which I just scoffed down.
2.      Hey Chris, I am with you, but I have taken a slower route.  Back in January I saw a 203 lbs (14+ stone) person in the mirror.  Today that mirror shows a 158 lbs (11+ stone) Michael Povey.  I have lost about 3 stones (say 42 lbs).  I love the slimmer me.
My route to “slimnitude” has been (a) exercise (I walk about 5 miles each day, thanks to my dog!);
and (b) diet (no snacks, very little red meat, and lots of fruit, fish and vegetables).
To all
This business of food and diet is very much a western privilege.  We cannot talk about the foods we enjoy, and the lbs we have lost without also thinking about the billions of humans whose diet is subsistence, or less.


I become entirely “curmudgeonly” in supermarkets.  There are reasons for this!

3.      I often forget to get an item or two which is on my list.
4.      The person in front of me at the check-out always has some reason to slow things down.
Y’all know about this.  Y’all know the frustrations in supermarket shopping.
But wait --   there is more.  Here is the story.
At my local “Sweet Bay” supermarket (which I like very much, on account of the super selection of fresh vegetables, and good meats) there is a middle-aged and middle management employee who brings out my inner curmudgeon. This employee is the one who rushes in to open up a new aisle when the market is busy.
Grateful as I am for this, (his/her) words drive me crazy.  She/he is aged about 50 and inevitably addresses those of us who are waiting in line as “young man” or “young lady”; whatever our age.
I am not a “young man”.  I am a perfectly contented 66 year old adult.  It does not flatter me to be addressed as “young man”.  In fact I hear it as patronising.

So when this clerk/cashier addressed me as “young man” just a few days ago, I bristled.

Then I sought out the store manager and registered my complaint. He promised to deal with it.

I am sure that you will now agree that I am a “curmudgeon per-excellence”.

I’d rather be a curmudgeon than a “young man”.