I called Delta Airlines again this morning at 5:39, and was speaking with an agent within two minutes.

My flight has been changed.  The only charge was $18.10 because Sunday flights are a wee bit more expensive.

It was a done deal within eight minutes.

Now I will not have to spend an additional night in a Raleigh Hotel, nor spend most of Monday kicking my heels.

PHEW!
Posted by J. Michael Povey at Saturday, June 17, 2017 No comments: Links to this post

Mea Culpa (but I am still irked)

I will be traveling to Raleigh, N.C in July for the Ordination of my friend the Revd. Sam Rodman as Bishop of North Carolina.

No sooner had I made my airline reservations today I realised that I had made my return flight reservations for 7:59 p.m. not 7:59 a.m.

My fault of course, but I would not have made the mistake had Delta used the 24 hour clock.  That's always much clearer that a.m. or p,m,

To make matters worse when I tried to call Delta's loosely called "customer service" 'phone I was told that the wait time for an agent was two hours.

It's almost as if they don't want to talk to customers.
Posted by J. Michael Povey at Friday, June 16, 2017 No comments: Links to this post

My good friends Gordon and John invited me to dinner last night  (Tuesday).

The main course was Vichyssoise -  oh so good, so very good, thanks to the cream.

It was so good that I developed temporary amnesia and abandoned my dairy free diet. 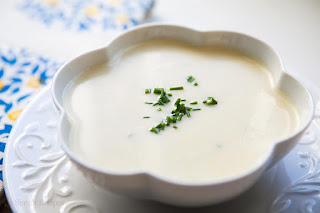 After about four years of minor frustration I threw caution to the winds and raided my piggy bank of $140 so that the sliding glass door between my dining room and porch would no longer jam, and the lock would work. 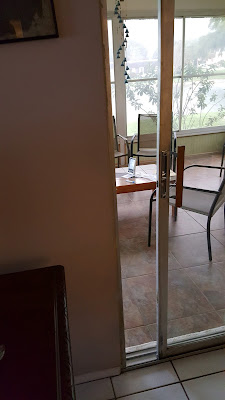 Posted by J. Michael Povey at Wednesday, June 14, 2017 No comments: Links to this post

Red Meat is also "not good".    I am not terribly fond of pork ("The Other White Meat"as the advertisers say). Skinless chicken  is O.K, but it can become very old hat. Steamed veggies are good, as is some fish.Legumes are great. 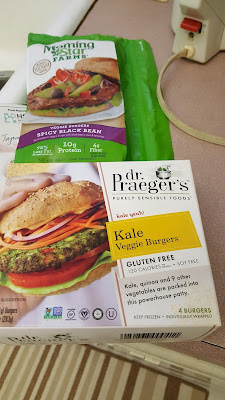 The Black Bean Burgers are very tasty.  The Kale Burgers are a bit bland, but I sometimes eat them cooked and cooled with a slice or two of good ("Ugly Ripe") tomatoes/ 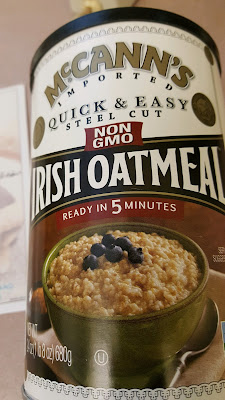 I thought that Oatmeal would be a good choice for Breakfast. This  steel cut "Irish Oatmeal" claims to be better that stone ground Oatmeal. Why is this?

I had some for my breakfast this morning (12th) June with a sliced banana, but it was oh so bland.

I'll add a bit of honey tomorrow.  Is this cheating on a heart healthy diet?

I didn't attend Church this morning, Trinity Sunday.  To be truthful I couldn't be bothered, but don't tell anyone this.

But I did think about Mrs. Grace Edwards, a parishioner in Pittsfield, MA. Many people thought that she was a spinster (to use an old fashioned word).  In truth she had been married but (I think) was widowed early in her marriage,   She was quick to tell folks that she was Mrs. Edwards, not Miss Edwards. Good for her.

Grace seized upon me one Trinity Sunday.  She asked "why do you Ministers always make us sing "'oly,'oly 'oly on Trinity Sunday?"

I can't remember what I said, but in hindsight I might have replied "for lack of imagination".

The same Grace Edwards (a plain speaking New Englander)  accosted me at Coffee Hour after I had been Rector for about six months.

She said  "well Mr. Povey",  (not Father Povey!)  "what do you think of us so far?" Unusually for me I gave her a bland answer, muttering that I had not been there long enough to form a judgment.

Grace responded without equivocation. "Let me tell you" she said. "95% of the people here are good, honest, and hardworking.  You will ,like them".

"The other 5% are jerks, and that's all there is to be said about them".

She knew of which she spoke!