I am blessed with very good health, so it always surprises me when I get a bit poorly

The sad thing for me is that I do not feel well enough to preach at St. Boniface Church, Siesta Key, FL tomorrow,

In between my sleeping I went to You Tube to enjoy good music.

The following is the Chorus of the Hebrew Slaves from Verdi's opera Nabucco (Nebuchadnezzar).

Such marvelous music, Dad, my sister Maureen, Mum and I would go into ecstasies when we happened to hear this on BBC radio -  fifty five years or more ago.


Right click on this URL, and then retrieve it via Google search.
Posted by J. Michael Povey at Friday, January 08, 2016 No comments: Links to this post

A feast of oysters and a witty waiter.

I saw my 92 years old friend Betty on Boxing Day, and mentioned that I'd eaten oysters on the half shell at a Christmas Day buffet, and at my ripe old age I'd learned to enjoy them.

Betty's son Michael, visiting from Seattle said "Mum, I guess that there's a visit to the Phillippi Creek Oyster Bar in your future".  He knows his mother's preferences.


And so it came to pass that I drove Betty, and my friends Ben and Bob for lunch there yesterday.

When our waiter first came to our table I said "this will be four checks (bills)".   Ben countered "no, I'll pick up the tab".

Betty was vociferous in her protest. She allowed that Ben could treat Bob and me, but dammit all, she would pick up her own tab.

The waiter noted this conversation.

The oysters came and went.  (There was no aphrodisiac effect -  what should we have expected as two septuagenarians and two nonagenarians!)

Our waiter returned with two checks.  One for Ben. One for Betty.

Both Ben and Betty are legally blind, so Bob had to look at the checks on their behalf.

Ben's check was for four meals.

Betty's check was a strip of paper from the cash register, upon which the waiter had drawn a heart, and had written  "have a great day".

Our waiter had read the situation correctly, and we all enjoyed his wit and humour.

P.S.  The oysters were so  gooooood!
Posted by J. Michael Povey at Thursday, January 07, 2016 No comments: Links to this post 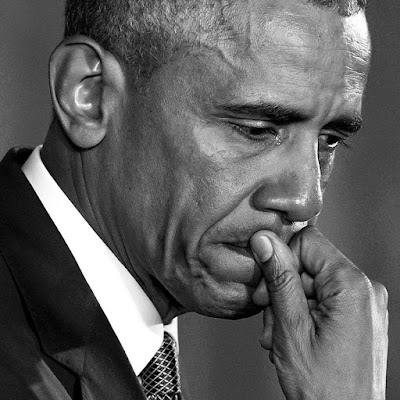 Posted by J. Michael Povey at Tuesday, January 05, 2016 No comments: Links to this post

On an otherwise chilly, chore-filled, gloomy and dreary day this flew overhead in SRQ. 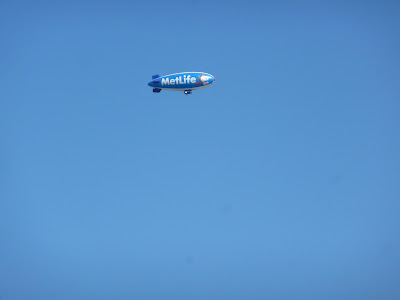 Far too much excitement for this old codger!
Posted by J. Michael Povey at Monday, January 04, 2016 No comments: Links to this post

It's  been a wet and chilly day in SRQ today.

The temps have been at about 58f/13c  (chilly indeed for this part of the world).

We've had light rain for most of the day.

I managed to have three half-mile walks in dry weather with Penne before the 8:00 a.m. service at St. Boniface Church, and another at about 10:15 a.m. after I had shared Holy Communion with a parishioner who resides in a Nursing Home.

Then the rain set in.

Mid afternoon I "knew" that Penne needed a pee walk, despite the light rain.  She will walk with me in rain, knowing that her reward will be great after the walk.  (She goes into ecstasies  when I towel her down).

I wore a water-proof jacket which always hangs on a hook near my front door.  It was a gift from the youth at St. James's Cambridge, MA when I retired in 2006.

I often forget that it is there. But not today!

It's a Boston Red Sox jacket.

Please understand that I have more interest in King Canute of England than I have in American professional "sports".  But also understand that an essential part of my pastoral ministry in Cambridge MA was to feign a devotion to the Sox.

One of the youth members at St. James's was beginning to study the Spanish language at his High School when I was the Rector.  He (Sam Bonsey  - who will be getting married this year) (how time flies)  decided that I should be called  "El Povo".

So that was my moniker for the wonderful young Christians at Saint Jimmy's.   SUCH GOOD MEMORIES! 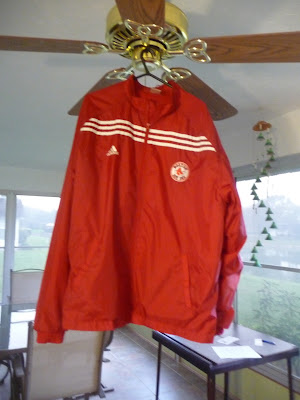 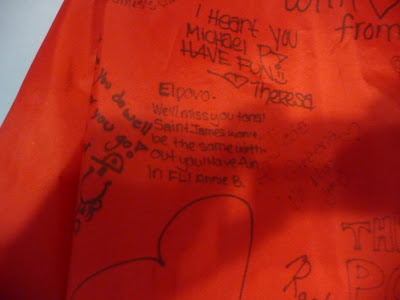 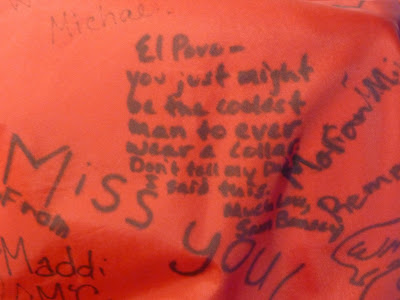 Posted by J. Michael Povey at Sunday, January 03, 2016 No comments: Links to this post