November 19, 2011
Although I posted yesterday’s entry as the third and last in a series on friends, my restless mind has caused me to think of biblical texts about friendship.So here is my coda.
One such text is in a psalm of lament.  It begins with the words
“Hear my prayer O G-d; Do not hide yourself from my petition. Listen to me and answer me; I have no peace because of my cares”
We all know that feeling.  It’s the feeling that G-d is not  listening to us despite our cares.
The Psalm goes on to speak of betrayal.
"For had it been an adversary who taunted me, then I could have borne it; or had it been an enemy who vaunted himself against me, then I could have hidden from him. But it was you, a man after my own heart, my companion, my own familiar friend."
The quotations are from Psalm 55  (do read the whole thing!).
The Psalm bears powerful witness to the human feelings of desperation when people are betrayed by their nearest and dearest.
In that sense it is a very contemporary Psalm.  It reminds us th…
Post a comment
Read more

November 18, 2011
Historical friends I’ve known some of my friends for many years.  I think of Jeff with who I’ve been in recent e-mail contact.  We’ve known each other for sixty years or more.  Then there is Tom.  He and I worked together for less than a year in 1960, and we’ve stayed in touch over the years.
There are also folks from my days at theological college, Dave and Alison, Les and Jeni, Keith, Colin.
And those I got to know in the various parishes I served, some of my colleagues of course, but  – I mostly think of people such of Joe and Dee (they were never parishioners), Joe and Marliese, and a handful of parishioners in the four congregations who’d become very dear to me.  Good folks, Good friends.
New friends
I moved to Sarasota, FL in 2006 in part because I knew some folks in this area.  I already had friends in Sarasota and Manatee Counties.

There was Bruce (now deceased) who’d been a colleague in Massachusetts – I’d known him for 30 years, (and Bruce’s partner Ben who I’d gotten to know ab…
Post a comment
Read more

November 17, 2011
By way of background.
1.I never cared for the T.V. sitcom “Friends”.  In that series “friendship” was based on clever remarks, put-downs and sarcasm. It was probably (in some ways) true to life, for there is a kind of friendship which is as shallow as the show portrayed.  But nothing in “Friends” ever made me laugh even though it was billed as a comedy.
2.I have long been a cautious admirer of the Quakers.  They have an apparently egalitarian ethos, which is very attractive.  Mostly I like their formal name “The Society of Friends”.  Within the Christian tradition that is an important corrective to the religious hierarchies (such as in my beloved Episcopal Church) which are based in power and authority, rather than in service.
3.The Gospel according to John (Chapter 15 verse 15) has Jesus telling his disciples that they are not his slaves, but that they are his friends.
With this in mind I will conclude my series on friendship tomorrow.
Post a comment
Read more

November 16, 2011
Some 55 years ago a retired Plymouth Brethren missionary lived three doors away from my home. He came across as a bully.  He and his wife had a son about my age.  I rang their doorbell one day and Mr. M. (the retired missionary) came to the door.  I asked if I could speak with his son K.  “Why?”, asked Mr. M. “Because he is my friend” I replied.  “He’s not your friend” bellowed Mr. M “he is an acquaintance”.   And I was not allowed to speak with K.

Of course Mr. M. was right.  K. and I scarcely knew each other, we were not yet friends.  But I still wish that the red-faced Mr. M. had explained this to me without yelling.  Indeed, he came over as a bully.

D. is a colleague in the Episcopal Church.  He and I occasional serve in the same parish.  D. took exception to one of my blog entries.  I’d attacked the Tea Party message.
D. is a Tea Party sympathiser and he chose to take my words personally.  Part of his complaint was based on his assertion that he and I are friends.
I did not take …
Post a comment
Location: Sarasota, FL, USA
Read more

November 15, 2011
My first cousin Janet Draper (nee Finch) from Bristol, U.K. is once again at a time share on nearby Longboat Key, FL.  She and her partner Steve came to my home for dinner tonight.

This is the sixth consecutive year that we’ve been able to get together here in Sarasota.

In fact I’ve seen more of cousin Janet since 2006,  than in the thirty years prior.
My “new” (since 2006) friends Ron and Charlotte T. joined us.
We had a jolly evening, with lots of good conversation.  I served a cold supper – salad stuff - boston lettuce, orange pepper, cucumber, orange and red tomato, beets,  and  five bean salad –together with homemade (and very spicy) meatloaf, and good bread.
It all “worked”.
That was not just about the comestibles. It was also about the fellowship.
The five of us relaxed, and then engaged in an activity which is as old and valuable as human history.
We shared in a meal.
We shared in lively conversation.
Folks have been doing this for at least ten thousand years!
Post a comment
Read more

The problem with God 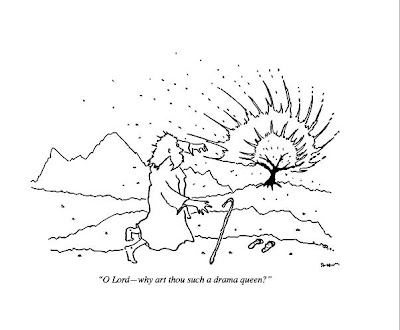 On Not Waltzing Matilda

November 13, 2011
I had planned a party for today (13th November 2011).
I'd called it the “Back from Down under Party”, a celebration of a trip to Australia.
But because of the shut-down of the Australian Airline (QANTAS) last month (as a result of the stupid actions of an anti-Union Qantas CEO) I was not able to take the trip.
It will take place later.

But I did not cancel the party.  I re-named it a “Not Back from Australia Party” and hosted it after all.
For you see, to get fourteen of my Sarasota friends in one place at one time is all but impossible.
Receiving fourteen acceptances and not one regret is little short of miraculous.
It was a lovely party with wine, liquor and soft drinks for every taste and need; together with chips and dips, “chex mix” munchies, mixed roasted nuts, good crackers and three fancy cheeses.
I used plastic cups and paper plates, so clean-up was easy.
Of my fourteen guests, seven were female and seven male.
Twelve of them were couples, straight and gay.
Two were singles.
M…
Post a comment
Read more
More posts