Bismarck. At night - a man after my own (un-redeemed) heart 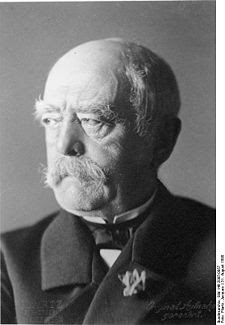 “At night, he slept poorly or not at all. Often, he lay awake until seven a.m., then slept until two p.m.

Lying in bed he mulled over grievances. “I have spent the whole night hating” he said once.

When no immediate object of hatred was available, he ransacked his memory to dredge up wrongs done to him years before”

Lord above, and to my shame, I have been there too. (jmp)

President Barack H. Obama. What "they" say, and what I think


That he is a fascist

That he is a socialist

That he wishes to kill our aged grandparents

That he is not an American citizen

That he is the "anti-Christ"

That he is secretly a Muslim

Pictured him with a H-tler moustache

Made posters of him with a hammer and sickle

Iforgotto mention that he is an African-American

(Do you suppose that they know this?)

Irespect and admire our President

Ithink that they are deluded, un-patriotic, and dangerous

Having heard “never-ending” testimonies I often run a tight ship at these prayer services. The testimonies have often got quite preachy, and “preaching” is last on the list of needs for homeless people.

Nevertheless I try to be open to the zeitgeist, so last Wednesday we took time to listen to a homeless sister and a homeless brother.

She was probably in her sixties. Her face was worn and sad. Her expression was earnest. She talked about flip-flops.

She told us that many years ago she had a house in which to live, but she had very little money. Her only foot-wear was a pair of flip-flops. Lord, how she hated those inadequate flip-flops.

She went on to tell us of her amazement that in these days “everyone” wears flip-flops. Why, she wondered, would folks choose to wear the foot-wear which to her was a sign and reminder of poverty?

Second entry for today "Why I despise the religious right". Why I am no longer an Evangelical Christian

Why do these so-called Evangelicals tell so many lies?

Why do they insult and disrespect their brother in Christ Obama?

OBAMA IS A SHEPHERD,
I SHALL NOT WANT.

HE LEADETH ME BESIDE STILL FACTORIES.

HE RESTORETH MY FAITH IN THE REPUBLICAN PARTY.

HE GUIDETH ME IN THE PATH OF UNEMPLOYMENT.

YEA, THOUGH I WALK THROUGH THE VALLEY OF THE BREAD LINE,
I SHALL NOT GO HUNGRY.

OBAMA HAS ANOINTED MY INCOME WITH TAXES,


MY EXPENSES RUNNETH OVER MY INCOME,

SURELY, POVERTY AND HARD LIVING WILL FOLLOW ME
ALL THE DAYS OF MY LIFE.

AND I WILL LIVE FOREVER
IN A RENTED HOME.


BUT I AM GLAD I AM AN AMERICAN,
I AM GLAD THAT I AM FREE.
I ONLY WISH I WAS A DOG
AND OBAMA WAS A TREE.

Check out these cool ads

My friend George Blaisdell is an owner of Toughboats.

( A troop is made up of a number of troopers.

August 31, 2009
At the second Socialist International in Amsterdam,Holland in 1889 (?) the American Socialist Daniel DeLeon was scathing in his comments regarding various other delegates.

He described Frenchman Jean Allemane as "a flannel mouthed blatherskite"

Oh for the return of such rich language in our political discourse!
1 comment
Read more

“The time for singing has come”.


I have a passion for good hymns.

The reformation message of the Church under Martin Luther was spread by song. Luther knew what I know - that we learn our faith by what we sing.


Sometimes, however, we do not know the meaning of what we sing. For example, we joyfully “belt out” Luther’s “A mighty fortress is our God” - and we sing tghe verse that says “The Prince of darkness grim, we tremble not for him”, believing that we are singing about the Devil. Wrong! “The Prince of darkness” in Luther’s hymn was the Pope.

The Methodist revival in England under John and Charles Wesley was a singing revival. Charles wrote over 6,000 hymns to spread the message of scriptural holiness which his brother John preached.

Amongst the 6,000 were more than a few clunkers. But the best survived and we often sing his “Chri…
Post a comment
Read more
More posts