A tale of two days

Yesterday saw me at the home of my Church friends Jack and Donna for a lovely thanksgiving gathering.

We were Jack and Donna,  one of Jack's cousins with his partner, my friend Muriel - with her god-daughter Clare  (who is English but currently lives in Italy), and me.

It was one of those fabulously un-hurried and relaxed meals, with lots of good conversation and laughter.  I was happy to have a new audience for some of my old  jokes.

My next door neighbour is in the hospital, and has been for many weeks. A friend of hers from Detroit is living in the house and doing a great job in disposing of the large amounts of trash and junk in the house, as well as working wonders in  the car port area (which used to look like a junk yard).  My neighbour is a hoarder.

The friend from Detroit is a bit of an odd duck.  She has a good heart, but she easily sees and takes offence when none is intended.

I knew this woman would be alone for Thanksgiving so I took the risk of asking another neighbour named Jeannie who always hosts a large family gathering, if their might be extra food on her table.  (I knew the answer in advance  -  everyone has extra food on Thanksgiving).

Jeannie said that this would be the case, whereupon I said "Jeannie, this is going somewhere.  Would you be able to bring a Thanksgiving plate to the woman who is living next door to me and is all alone?"

Of course I knew that Jeannie would say yes.

I saw my temporary neighbour this morning.  She was very happy.  She allowed that yesterday she  was feeling sorry for herself and was on the cusp or cooking a frozen pizza when Jeannie rang her doorbell - with the splendid meal

The great part of this story is that I know my neighbour Jeannie well enough to know that she would not think my request to be a bit pushy or an imposition.  She has a good heart.  We  experienced some genuine neighbourliness.


FRIDAY
So it's called "Black Friday" on account of the old semi-myth that retailers went into the black on the day after Thanksgiving, and in a good year would then be assured of profitable returns for the rest of the year.
Now the words Black Friday have taken on a new meaning.  It's the day when many Americans are duped into believing that the retailers will offer many bargains and discounted prices.  This new myth has achieved such a wide currency that many of the "big-box" retailers now open their doors sometime on Thanksgiving itself.
The idea that there will be bargains-a-plenty is an illusion based on sleight of hand. ( "Bloomberg News" and the "Wall Street Journal" -  both entirely pro-business publications - had articles today which exploded the fairy-tale of great bargains.
It works a bit like this.  The advertisement may say "was $480, now $320".  "Wow" thinks the customer "I am getting a deal".   In fact the article may have been available for $320 (or even less) for most of the year -  but its price had been artificially inflated to $480 in the days  leading up to Thanksgiving.  This is an imaginary example, rooted in truth, and created by jmp
If you don't believe me - check out those utterly liberal publications (joke) the Bloomberg News and WSJ.
http://www.businessweek.com/articles/2013-11-27/hey-shoppers-black-friday-savings-are-a-hoax#r=rss
ALMOST THE END
Many Americans made a pledge not to shop for even the smallest article on Thanksgiving itself.  We did so in support of the underpaid workers in retail who surely deserve to have the day off and be able to relax with friend and family.   Of course our pledge made next to no difference, but we'd love to see a growing movement in favour of Thanksgiving as a day off for retail workers.
This idea is not un-realistic.  For instance in good old  Massachusetts Thanksgiving is a Legal Holiday. Supermarkets, Malls, Big-Box Stores, Liquor Stores MAY NOT open on that day.

Business gets by in Mass.
It goes without saying that Thanksgiving is not a holiday in the U.K.  So why the heck were retailers and the press in the U.K. advertising "Black Friday" bargains. 'Tis beyond my comprehension.﻿
Posted by J. Michael Povey at Friday, November 29, 2013 No comments: Links to this post

Posted by J. Michael Povey at Thursday, November 28, 2013 No comments: Links to this post

Thanksgiving is a sentimental holiday for America's white/ European population

It's a sad day for the noble, wise, and deeply spiritual peoples who lived and loved here afore we Europeans arrived.

And it cannot possibly be a super day for those loyal and faithful Americans whose ancestors arrived on these shores courtesy of slave ships. 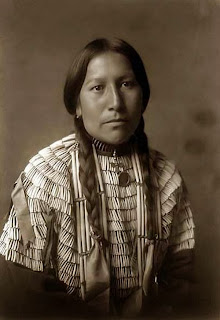 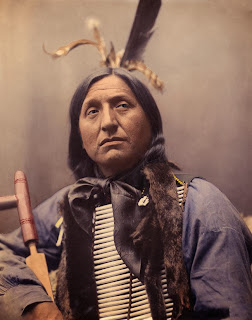 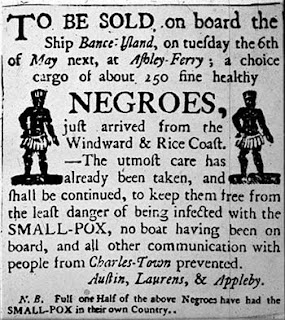 The big questions are  these:
(1) why do these images make we majority whites so uncomfortable?
(2) why do we ignore  African Americans and Native Americans  when we tell the biased and Eurocentric fables of our history,﻿

Posted by J. Michael Povey at Wednesday, November 27, 2013 No comments: Links to this post

It's not all about you.

My dog gets wildly excited and impatient when I announce that we will be going out in the car.

She did so this morning, so much so that I could hardly fit her into her harness and leash.


I said:  "Penne you need to know that you are not the centre of the Universe".

She did not believe me.
Posted by J. Michael Povey at Monday, November 25, 2013 No comments: Links to this post

I count Grace Jones as one of my dearest friends.  We met when I was the Rector at St. Stephen's in Pittsfield, MA  (1984-2000).  She ministered with me as the Junior Warden of that parish.

Grace moved away from Pittsfield to work at SUNY  (State University of New York) in Oneonta NY where I was privileged to visit with her.

Then she became the President at what is now called USU Eastern ( a State College in Utah).

Now she is the President at Three Rivers Community College in Norwich CT.  I have visited with her there two or three times.

I respect Grace for her wonderful leadership and service in higher education.

But more than that I cherish her as a friend and confidante.

We talked on the 'phone for about forty five minutes this evening.  What a blessing!

I am also grateful for her daughter Libby, Libby's husband Sam, and their children GiGi and Theo. I officiated at Sam and Libby's wedding, and baptized GiGi and Theo.  This family now lives in Austin Texas.

And I have a great respect for Grace's son Derrick.  I stayed overnight with him last January in Los Angeles when I was en-route to Vietnam.

I thank God for Grace and the blessing of our friendship.

I believe that when I approach the end of this life I will not care about the possessions I  acquired, but I will rejoice in the friendships I sustained.
Posted by J. Michael Povey at Monday, November 25, 2013 No comments: Links to this post