A cool coincidence (or no degrees of separation)

Frequent readers will remember that on Thursday last (21st November 2013) I had dinner at SRQ's "Barnacle Bill's Restaurant with my SRQ friends Ron and Charlotte, and with my first cousin Janet and her partner Steve who were visiting from Bristol, U.K.

Barnacle Bill's is a traditional American Restaurant which specializes in sea food. I eat so much fish at home that I opted for a dish not found on many menus  -  liver and onions with bacon (yummy!).

We each enjoyed a good meal and great conversation. (Thank you Janet and Steve for "treating us")

I met Ron and Char when I moved to SRQ in 2006.  They are two of the finest people I have ever encountered.  I have made it my business to introduce them to some of my SRQ friends, and to my brother Martyn and my cousin Janet when they have visited from England.

Martyn, Janet, Steve, my local friends and I all assert that Ron and Char are the greatest. There are some pics of Thursday's dinner down below.

Posted by J. Michael Povey at Saturday, November 23, 2013 No comments: Links to this post

I am too tired to write the blog I intended to post today on the lovely dinner I had last night with friends Ron, Charlotte, Janet and Steve. I'll try tomorrow!

So here is a cheap and easy entry.  It has the title "Why Font Matters" 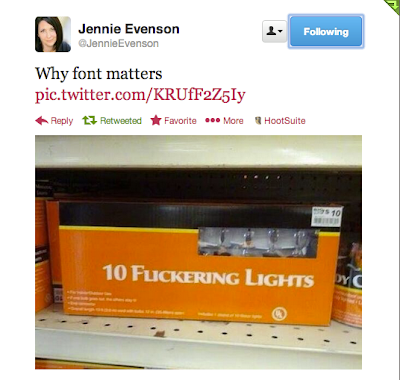 Posted by J. Michael Povey at Friday, November 22, 2013 No comments: Links to this post

Yes,  I've enjoyed a very good day, ending with a good dinner at Barnacle Bill's on Main St in SRQ, with my first cousin Janet and her partner Steve (visiting in this area from Bristol, U.K.) together with our dearest Sarasota friends Ron and Charlotte Thompson.

More about that tomorrow

BUT  oh my dear sweet Penne.   She had a bath and a nail trimming today. She has to be given a mild anti-anxiety drug on nail trimming days, otherwise she puts up great resistance to the nail cutting.

The effects of this drug usually wears off after about six hours, but not so today. It's thirteen hours since I gave her the pills (and she is the easiest dog in  the world when it comes to giving her them) she is so sleepy, so spacy. Her eyes are bloodshot, and she can only manage a wee wiggle of her tail when I sweet-talk her.

This too shall pass, and I have every expectation that she will be her energetic self tomorrow.

But it's today not tomorrow, and I am like an anxious parent whose child is a wee bit sickly.
Posted by J. Michael Povey at Thursday, November 21, 2013 No comments: Links to this post

That has been the American dream and hope for 150 years.


It is a dream and a hope which is now dead.

The pending Trans-Pacific Partnership agreement, together with the pending U.S./EU Tafta  make that clear.


I have a faint hope that left wing civil liberties folks, and right wing libertarians will join forces to defeat the Trans-Pacific Partnership, and the USA/EU Tafta.

If  that does not happen we will all be screwed by the neo-liberal free trade fanatics (including President Obama) and our children/grandchildren will be slaves/drones in the service of the multi-nationals (as if that were not already the case).

Posted by J. Michael Povey at Wednesday, November 20, 2013 No comments: Links to this post

My local newspaper the Sarasota Herald-Tribune ran a story this morning about the draft of a Laffer Associates report to the County Commissioners regarding land use and development.

It seems that this draft report is in favour of almost un-regulated growth (land use), as opposed to our current  "smart growth" policy which (amongst other matters) mandates that land developers should be responsible for the costs of new infrastructure (roads, sewers, water supply etc) rather than the County.

Whatever the merits or de-merits of the Laffer Associates report, I have a beef with Herald-Tribune reporter Jessie Van Berbel.

He, or she  wrote this "The majority of the Laffer Associates draft makes the case against "Smart Growth"   ...etc.

I have to ask Jessie and the Herald-Tribune "what do you mean when you say the majority of the report"?

Surely the word "majority" has to do with numbers, not text.

Maybe you meant to say "most of the report", or "many of the report's recommendations". For there cannot be a "majority" of any report.

In a hypothetical case you could write  "a majority of the report's one hundred recommendations", but even that could be un-helpful.

For if fifty one of the recommendations were in favour of a programme, and forty nine were opposed the word "majority" would be accurate, but it would not tell the entire story.

Dear Jessie Van Berbel:  In what I perceive to be the absence of a copy editor at the Herald-Tribune, I beg you to understand that the words "majority" and "most" are not synonymous.


Posted by J. Michael Povey at Tuesday, November 19, 2013 No comments: Links to this post


(From "The Lacuna" by Barbara Kingsolving (Harper 2009).   I am not sure if this is a genuine Mexican proverb, or one created by the author for her book.
Posted by J. Michael Povey at Monday, November 18, 2013 No comments: Links to this post

I was reading a novel yesterday which made reference to "mashed sweet potato with pineapple" as a side dish which was demanded of a cook in 1930's Mexico.

Today in 2013 U.S.A., inspired by the novel,  I cooked and mashed up some sweet potato with (canned) crushed pineapple, (canned pineapple bits would also work).

But please, for the sake of domestic harmony,  do a trial run before you introduce this at your Thanksgiving Table!

The novel is the outstanding "The Lacuna"  by Barbara Kingsolving (Harper 2009).

But then again, aren't all of her novels outstanding?