Nothing to do on 4th July 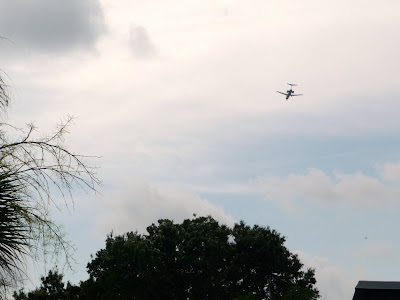 I had nothing to do today, save twiddle my thumbs. So here are some pics of that twiddling.

the lovely sight of planes descending above my home into SRQ

some new decorations which I placed on my lanai

the triumph of Netflix over Blockbuster

powerboats which will race in SRQ tomorrow (July 5th)

my cats – Ada and Adelaide waiting for “something”

a couple of pics of a Wood Stork which hung around outside my Lanai this a.m.

a neighbourhood street where the flag flies proudly on Independence Day.

July 03, 2009
MARYLAND STATE RESOLUTION ON THE ROLE PLAYED BY HISPANICS IN THE ACHIEVEMENT OF AMERICAN INDEPENDENCE
16 March, 1996

Submitted by Héctor Díaz, Chairman of the Hispanics in History Cultural Organization

WHEREAS, the Independence of the United States of America was achieved not only due to the efforts of American patriots, but also to the assistance of foreign governments, soldiers and individuals who supported them, and

WHEREAS, in spite of being an important factor in the victory, the participation of Hispanics in the War of Independence is not mentioned in the history textbooks of this nation, and

WHEREAS, thousands of Hispanics fought the British and their allies during the American Revolution in what today is the United States, winning crucial battles which eased the pressure of the Crown's forces against the armies of General George Washington, and

I would like to start by saying I love my husband and I believe I have put forth every effort possible to be the best wife I can be during our almost twenty years of marriage. As well, for the last fifteen years my husband has been fully engaged in public service to the citizens and taxpayers of this state and I have faithfully supported him in those efforts to the best of my ability. I have been and remain proud of his accomplishments and his service to this state.

I personally believe that the greatest legacy I will leave behind in this world is not the job I held on Wall Street, or the campaigns I managed for Mark, or the work I have done as First Lady or even the philanthropic activities in which I have been routinely engaged.

Instead, the greatest legacy I will leave in this world is the character of the children I, or we, leave behind. It is for that reason that I deeply regret the recent acti…
1 comment
Read more

July 01, 2009
I was reading Paul Krugman’s recent blog about the response of Congress to climate change, and he used the word “denier”.

I read it as though it was a word rooted in French, pronouncing it in my mind in the same way as one would pronounce “denier” as in a unit of measurement for fibres. (Remember when folks bought nylon stockings of a certain “denier” - maybe they still do).

I found Krugman’s use of the word to be odd, and immediately thought that he was resurrecting one of those good old fashioned journalistic words, such as “solon”, or “gubernatorial”, or “denizen”.

Of course I looked the word up, and then started to giggle when I realized that Krugman meant “one who denys”. I’d simply been reading the word with the wrong mental pronounciation!

Never mind. Up until I was about 10 years of age people in my word were constantly being “my-zulled”. 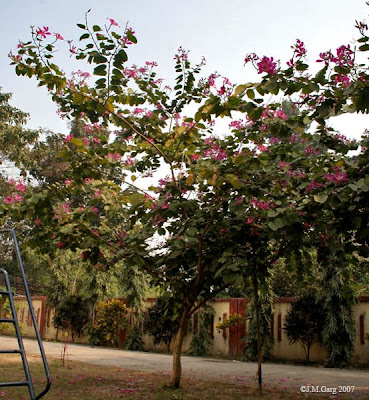 We have been stuck in a humid and rain producing weather system these past few days.

There is good news here. We are still in what has been a three year drought, so every drop of rain seems precious.

The recently stressed Hong Kong Orchid trees outside my lanai are once again in full leaf. Our grass is green. The pond is full.

Of course a couple of dry weeks could change all that, but for now I rejoice in Sarasota’s green and pleasant land.

The bad news is - getting soaked to the skin. I looked out at the sky a bit ago, and it seemed clear enough.

So Penne and I decided this was a good time for a walk. She lollygagged and I went along with her.

(What is this life, if full of care, we have no time to stand and stare?)

But we lollygagged for too long. The rain moved in, out of the blue, so to speak. Heavy rain. Monsoon type rain.

I ran. Penne ran too (she is a better runner than I).

But the rain was quicker than we.

Soaked to the skin, literally in my case, we got back into our home.

It’s a good trait for clerics, indicating that we truly care for others.

It’s a bad trait for clerics, indicating that we seek affirmation from others, rather from deep within.

It’s especially bad when we are incessant in our searches for words of gratitude from others, and feel unhappy, restless, or downright mean when they are not forthcoming.

I was tempted to fall into the people pleasing trap when, a couple of Sundays ago, one of the choristers at St. Boniface said “you must join the choir, you have such a nice voice”.

I glowed for a while. But during the week I decided that singing in the choir would be bad for me. It would place me centre-stage where once again I could bask in some minor heroic pose.

That would not be good for me.

Mostly these days I need to simply sit in a pew with folks for whom I care, sans “star-billing”.

So I sat in the pew last Sunday at St. Boniface on Siesta Key. I sat, as I always do,…
2 comments
Read more

The Welsh have a word for it 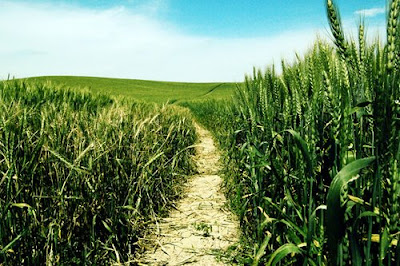 Hiraeth is a Welsh word that has no direct English translation; an approximation would be the longing, or yearning for home.

I translate Hiraeth as “wistfulness”.

The following Noel Coward song, and the photo’ attached evoke in me such a wistfulness, such an Hiraeth that I could weep.

I believe in doing what I can
In crying when I must
In laughing when I choose
Hey ho, if love were all
I should be lonely.

Although when shadows fall
I think if onlySomebody splendid really needed me
Someone affectionate and dear
Cares would be ended if I knew that he
Wanted to have me near.
But I believe that since my life began
The most I've had is just a talent to amuse.

Hey ho, if love were all