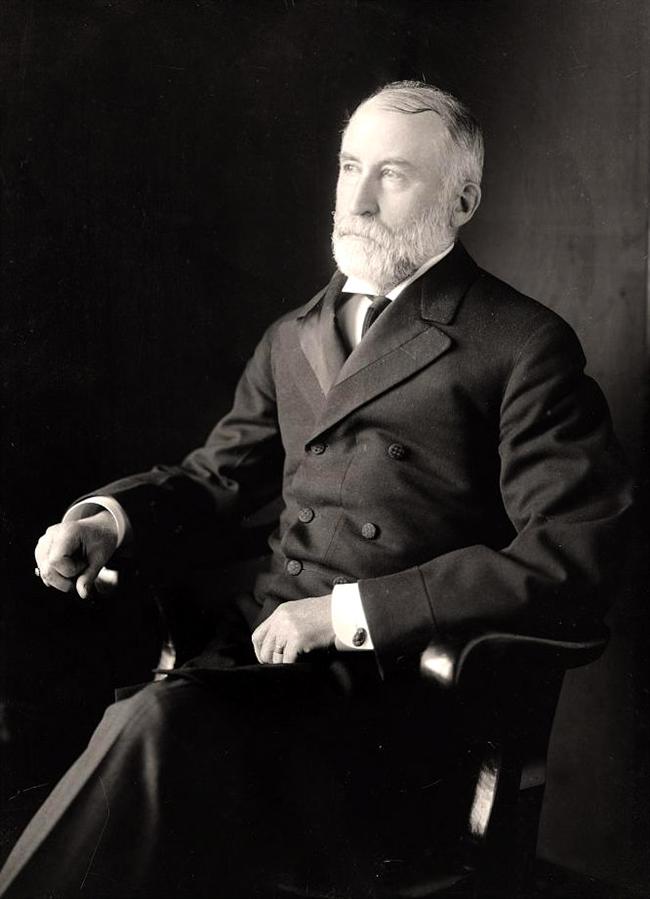 http://cityroom.blogs.nytimes.com/2013/01/01/the-mayor-of-sarcastic-witty-and-candid-letters/
Posted by J. Michael Povey at Saturday, November 08, 2014 No comments: Links to this post

‘The real menace of our Republic is the invisible government, which like a giant octopus sprawls its slimy legs over our cities, states and nation. To depart from mere generalizations, let me say that at the head of this octopus are the Rockefeller-Standard Oil interests and a small group of powerful banking houses generally referred to as the international bankers. The little coterie of powerful international bankers virtually run the United States government for their own selfish purposes.

‘They practically control both parties, write political platforms, make catspaws of party leaders, use the leading men of private organizations, and resort to every device to place in nomination for high public office only such candidates as will be amenable to the dictates of corrupt big business.

‘These international bankers and Rockefeller-Standard Oil interests control the majority of the newspapers and magazines in this country. They use the columns of these papers to club into submission or drive out of office public officials who refuse to do the bidding of the powerful corrupt cliques which compose the invisible government. It operates under cover of a self-created screen [and] seizes our executive officers, legislative bodies, schools, courts, newspapers and every agency created for the public protection." 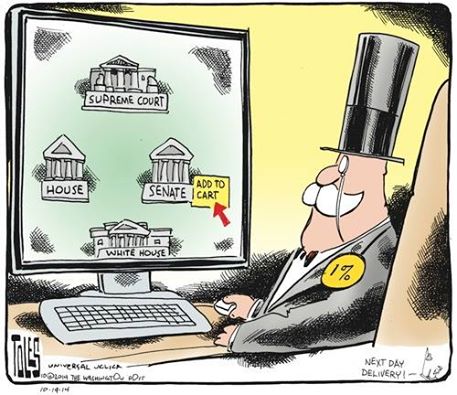 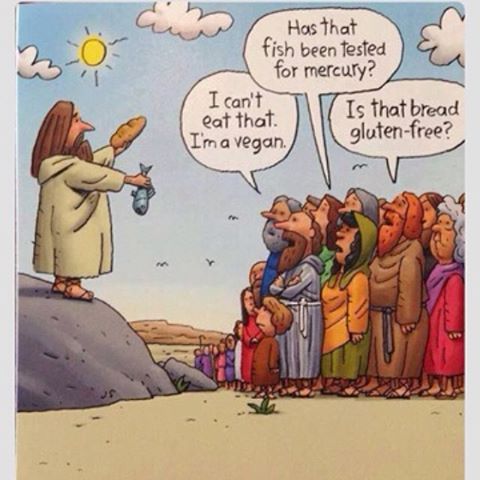 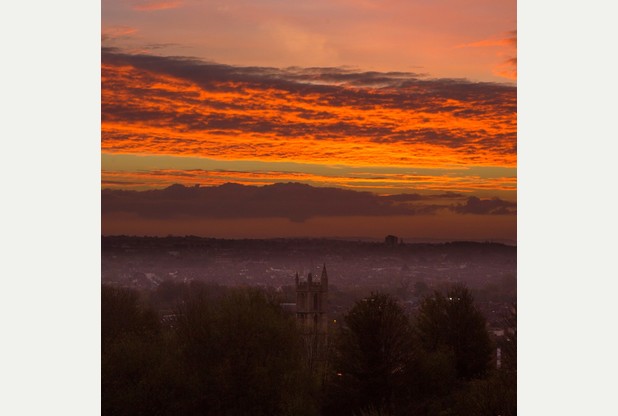 Posted by J. Michael Povey at Thursday, November 06, 2014 No comments: Links to this post

For whom the Bell tolls. (Boston and Cambridge mourns) 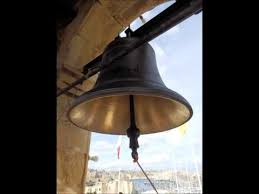 My first vote in a General Election was in 1966 in the U.K.     I voted at the Whitehall (Bristol) Primary School, using  an old-fashioned paper-ballot, and marking my preferred candidate with an "X".
I have been a faithful voter since then (except between 1976 and 1984 - I was a British Subject living in the U.S.A., therefore I could not get home to vote in  U.K.elections, nor was I eligible to vote in the States).
I became a U.S. Citizen in September 1984.  I registered to vote the next day.  Since then I have voted in every election (including Primary elections)  save for one year when I was out of the Country for a Primary and had neglected to seek a Postal vote.
I will vote tomorrow in the so-called mid-terms.  (I could have voted by mail, or chosen "early voting", but I like to vote on the day itself).
There is no contest this time around for the U.S. Senate in Florida.
We get to vote for a Representative in Congress (Florida District 16).
The Republican incumbent and candidate is a party hack who has never had an original thought, or cast a non-party vote.  I will vote for his Democratic opponent, who  (out-spent of course) will not be elected.
There are five candidates for Governor of Florida.
Two are non-party candidates, about whom I know nothing.
Another is a Libertarian whose voice has been all but silenced because of the unimaginative press, and because he has no money for T.V. and other ads.
There are two  rather dreadful "major party" candidates.

I will vote for one of them whilst holding my nose.

If I voted for the other I would have to hold my nose and take anti-nausea medicine.
In the race for State Attorney General I cannot vote for the (incumbent) Republican nominee because of her appalling record on Gay and Lesbian rights;  and because she has demonstrated deep derision for environmentalists, and environmental protections; (amongst other matters).
We also get to vote for a Chief Financial Officer and for the Commissioner of Agriculture. I have little knowledge about the candidates, so  I'll vote with mindless principle for the Democratic Party candidates!
I cannot vote for the Republican incumbent and candidate for State Representative.  He has been all but unresponsive to my questions.  When I asked him about a reported Insurance scandal his reply was "well there are two sides to every story".  How helpful!
I get to vote for two members of the Board of County Commissioners.  The two Republican nominees are in favour of what seems to be unbridled and un-fettered "development " in rural Sarasota County: with never a care for the preservation of wild life, of wet-lands, and of natural habitat;  and never a plan for the safe and sustainable provision of utilities:-  e.g. water  (we will run  out one day);  of sewage and wastewater treatment;  and of the sustainable provision of electricity and other utilities.  I cannot vote for either of  these two Republican candidates who seem to care more for their wealthy home construction sponsors, than for safe and prudent attention to the land which sustains all nature.
(Why do they call it "development"  and not "destruction"?)
I will be asked to vote in favour of the retention in office of Three Judges in the Second District Court of Appeal.  I haven't a reason to say "no".
There is an election for the Sarasota County School Board in District One.  The incumbent nominee was appointed by our Governor when there was an in-term vacancy.  Now that she has to be elected  in her own right I have sussed that she is a "stealth" candidate with a hidden agenda for the further privatization of public education.  I am deeply disturbed that her campaign has been largely financed by thousands of dollars from out of State (and shadowy) organisations.  I must vote for her opponent, a wise and experienced educator.
There are three Constitutional Amendment Questions.
No. 1 is a no-brainer.  It will seek to make it constitutionally necessary to devote 33% of existing excise taxes during the next twenty years to acquire and restore Florida conservation and recreation lands.  If passed it will not increase existing taxes by one red cent. Of course I will vote "yes".
No. 2 has to do with the legalization of "medical marijuana".  Worthy as this case may be, I will not vote for this as the proposed amendment is poorly written, and has loopholes which are almost certain to be exploited. Furthermore  I do not believe that such matters should be addressed by amendments to the Florida Constitution.  They are best addressed by legislation and vote by the Florida House and Senate.
No. 3  is a shameless bit of Republican shenanigans.  It would allow a Governor to fill certain  judicial offices for judges who are about to reach retirement age, but  before they actually reach that retirement age.  Thus, a retiring, or defeated Governor could make judicial appointments for expected vacancies in the two or so months between the election and the time that that Governor leaves office, binding the choices of his/her successor.
Current law states that the Governor may not fill an expected vacancy until the current justice's or judge's term expires.  That seems fair to me.

(Language in block capitals taken from the official paper which was sent to Florida voters).
Posted by J. Michael Povey at Monday, November 03, 2014 No comments: Links to this post

They say that cats are unsociable.

"They" say that cats are unsociable, but who are "they"?
"They" are jealous and possessive dogs, who spread this ugly canard for their own self-centered reasons.
Yesterday I reclined on my recliner (as one does).
Junior cat Ada jumped up onto the table next to me chair.  She stared at me.
I patted my thigh.  Ada accepted this invitation. She jumped onto my lap, and then took up  residence with her torso on my belly and her head and front paws on my chest.
Penne, whose bed is under the table, observed this, then arose, ready to leave the room.  I sweet-talked her into staying.
Senior cat Adelaide watched from her perch on a table at the other end of the room. Then she did what  she often does when she is trying to steal Ada's food.  She shimmied along the perimeter of the room, hoping that I would not see her.  (Excuse the double negative, but I never said that cats were not sly!).
Adelaide drew near. I patted the arm of the chair.  She accepted this invitation, jumped up, and settled her self across my thighs.
One recliner.  One reclined Povey.  Two purring cats,  happy (it seems) to be resting on my bod.
Once again:  Penne, still under the table, observed this, then arose, ready to leave the room.  I sweet-talked her into staying.
Cats are sociable. Dogs frequently resent this!  They are the rumour-mongers!.
------------------------------------------------------------------------------------------------------
Ne'er mind. This evening  I cut up some beef into small pieces, ready to marinate for tomorrow's stir fry.  I saved a few bits and broiled them as a (highly unusual) treat for Penne.
I tossed them to the ground.  Junior cat Ada tried to steal them.  But my sweet-but-not-perfect Penne was smart enough to take them away to a secret place where she snacked -  safe from thieving cats!
Posted by J. Michael Povey at Sunday, November 02, 2014 No comments: Links to this post