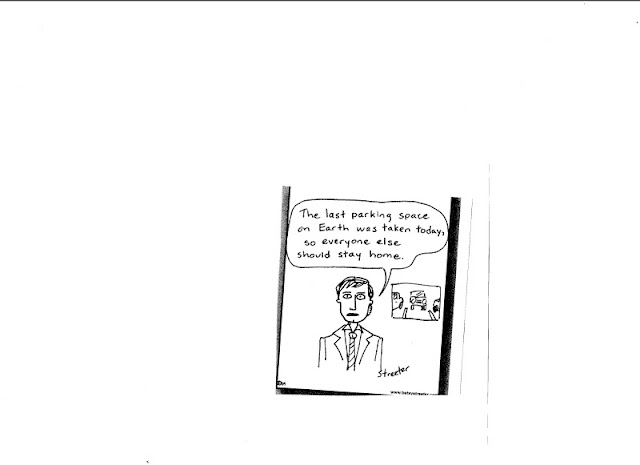 Posted by J. Michael Povey at Saturday, November 17, 2012 No comments: Links to this post


When I travel down to Englewood FL (to officiate as a supply priest at S. David’s Episcopal Church in that town) I take FL Route 776 in south Venice.

There I pass side streets which are named for various colleges or universities
.
It’s a long list. Here are the street names.

American readers will recognise these as “prestigious” institutions.

Yet it is a very eclectic list with no rhyme or reason to connect these places, or to exclude others

Maybe the developer of these streets was fond of higher education (terrific), but named the streets from memory rather than from a consistent theme.

Posted by J. Michael Povey at Friday, November 16, 2012 No comments: Links to this post


If you read my Blog/Facebook entry yesterday you will have noted that my cousin Janet, her partner Steve and I had lunch on Tuesday at a Pinellas Park (FL) restaurant named “Bascom’s Chop House”.

I mentioned to Steve and Janet that I had parishioners in Pittsfield, MA named Bob and Mary Ann Bascom.

The name of the restaurant caused me to think about Bob and Mary Ann, for the first time in so many years.

I took a photo’ of the restaurant sign, with the intention of sending a copy to them.

Later on Tuesday Bob attended a meeting at St. Stephen’s, Pittsfield, and then went home to watch a bit of T.V.

He went to bed and (sometime during the night) he died of a heart attack.


I find this “coincidence” to be a wee bit “spooky”.

Bob Bascom was a fabulous St. Stephen’s parishioner.  He was conservative (with a lower case “c”), and all the better for it.

He was a terrific trainer of acolytes for 50+ years.  Thanks to him the St. Stephen’s acolytes were/are some of the best trained and utterly secure that I have ever met.

As such he chaired Vestry meetings, and he did it so well.  In truth he did it very well.

Under his leadership the Vestry meetings were beautifully run:

3. Every Vestry member was encouraged to speak.

4. Every Vestry member was listened to with the greatest of respect. 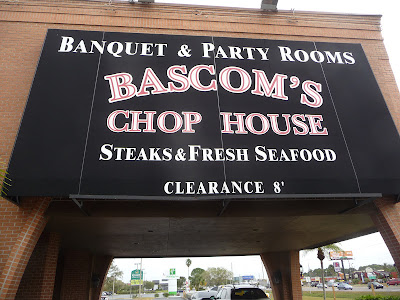 Up up in the air

My first cousin Janet from Bristol U.K. and her good partner Steve are again in this neck of the woods.

They visit their time shares at Treasure Island, FL and Longboat Key FL each year.  So we always get together a couple of times when they are here.  This means that I have enjoyed Janet and Steve's company for at least fourteen  times since I retired to S.W. FL  -  more  times than I had been with them in "so many" years prior to 2006.

We hooked up today at the St. Petersburg/Clearwater Airport for a joy ride in a four seater Cessna which is owned by a young Norwegian named Patrick who runs a business called http://www.flightexcursions.com/

(My brother Martyn, his son Sam, and Sam's pal Toby took a flight with Patrick when they were here in September.)

Our joy ride today took us north west from the airport to Clearwater.  Then we flew south over the Gulf of Mexico,  with Indian Rocks Beach, the Redington beaches, Madeira Beach, and Treasure Island to our east.

We made a U turn down by St. Armand's Circle in Sarasota, and then flow northish, with  Longboat Key Holmes Beach,  Bradenton Beach and Anna Maria Island to our east.

Crossing Anna Maria Island led us due north across the wonderful Sunshine Skyway Bridge and downtown St. Petersburg and then back to the airport.

Janet, Steve and I had a fabulous trip.  We agreed that Patrick is a fine pilot, and that he is very professional. (He is aged 25). And we were glad for his recommendation of  the Bascom's Chop House on Ulmerton Ave in Pinnelas Park FL where we had a lovely lunch.


Posted by J. Michael Povey at Wednesday, November 14, 2012 No comments: Links to this post

1. Saw my dermatologist today. She discovered that the lump on my pate was not another squamous cell carcinoma.

Rather, it was a cyst, created by one little stitch which the Dermatological surgeon failed to remove after my previous surgery. My dermatologist removed this little stitch.

2. Off to St. Petersburg/Clearwater FL tomorrow to hook up with my cousins Janet from Bristol, and her partner Steve.

There we will take a flight: a joyride in a four passenger Cessna with Patrick our pilot, (who took Martyn, Sam, and Toby on a joyride back in September).

We will fly south from St. Petersburg/Clearwater International Airport, across the Sunshine Skyway Bridge, and then across Anna Maria Island and Longboat Key, then back to the airport.

Posted by J. Michael Povey at Monday, November 12, 2012 No comments: Links to this post

It used to be called “The Great War”.

My parents called it "The First War"

Now we call it WW1

It was dubbed “the war to end all wars”.

There was simply the armistice agreed upon by exhausted countries.

It was an utterly unnecessary war, fueled only by the testosterone enriched energies of Kings, Emperors, Generals and Admirals.

It signaled the end of the Austrian/Hungarian Empire, the Russian Empire and the German hopes for Empire.

It triggered the eventual demise of the Ottoman Empire, the French Empire and the British Empire.

A weakened Russia was ripe for revolution, and the Bolsheviks won.

A humiliated Germany was fertile ground for the seizure of power by the National Socialist party.

“A war to end all wars”: what a joke.  Within twenty years Europe was at war again – and the later entry of Japan and the United States of America signaled the beginning of a truly World-wide war.

That war being concluded in Europe led to the Russian domination of Eastern Europe and the ghastly U.S.S.R.  (However Hitler would not have been defeated sans the Russian Army, a fact which we love to ignore).

It also led to the “Cold War” and the dreadful militarization of these United States and our emergence as a war-loving country.

11th November was at one time known as Armistice Day.

In the United States it became Veterans Day.

In Britain and some countries of the Commonwealth it is Remembrance Day.

In those countries citizens often wear a poppy emblem round about Remembrance Day. The sales of these poppies raise money for ex-servicemen and women.

(For the origin of the poppy emblem look up the poem “In Flanders Fields”).

I was in our local British goods store on Friday and noticed that they had poppy emblems for sale.

I bought one and wore it to the Sarasota opera last evening.

There were many children present because it was the world premiere of a new youth opera – the cast of which included over 100 children aged 8 – 18.

One young lad said “I like your carnation”.  His Mom told him that it was a poppy, and I told him why I was wearing it. I explained that what he calls “Veteran’s Day” is called “Remembrance Day” in some other countries.

Even though the ceremonies in the U.K. and in some Commonwealth nations concentrate on the military dead I prefer the possibilities of the name “Remembrance Day”.

It is a day to remember not only the war dead:

but also the cities, towns and villages which were obliterated;

the hopes that were destroyed; the women who were bereft; the children who were left fatherless (and in these days sometimes motherless);

the millions upon millions of civilians who starved to death.

It is a day to remember that we humans who dominate and plunder at will are fundamentally stupid, and that far from evolving we are merely clever and sinister animals.

It is a day to proclaim that “War is not the answer”.

Posted by J. Michael Povey at Sunday, November 11, 2012 No comments: Links to this post