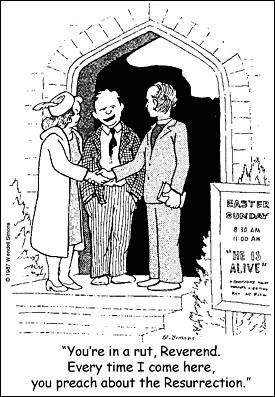 Posted by J. Michael Povey at Saturday, March 26, 2016 No comments: Links to this post

From the Presiding Bishop of the Episcopal Church, Holy Week and Easter 2016
"Some years ago in the last century George McLeod, the founder of the Iona Community, had fought in the First World War, a war that he came to realize was fought for no good reason.  He eventually became ordained, and founded the Iona Community, and at one point he said this about this faith that we hold as followers of Jesus:
"I simply argue that the cross be raised again at the centre of the marketplace as well as on the steeple of the church.  I am recovering the claim that Jesus was not crucified in a cathedral between two candles, but on a cross between two thieves, on the town garbage dump, at a crossroads so cosmopolitan that they had to write his title in Hebrew, Latin and Greek.  It was the kind of place where cynics talk smut, thieves curse, soldiers gamble.  That’s where he died.  And that’s where we as Christians ought to be and what we as Christians ought to be about." 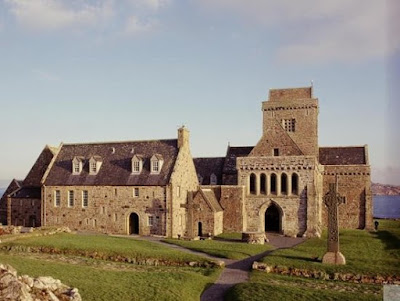 Posted by J. Michael Povey at Thursday, March 24, 2016 No comments: Links to this post

Today is our seventh anniversary.

We couldn't be happier. 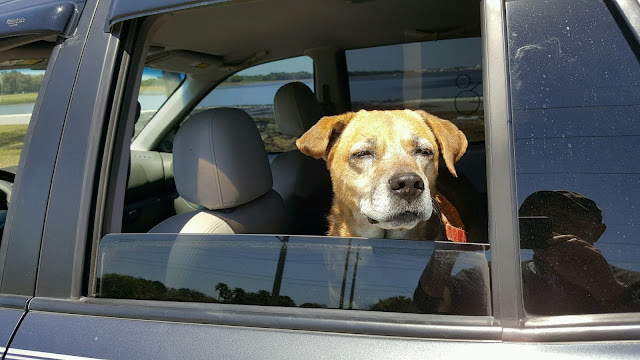 Posted by J. Michael Povey at Wednesday, March 23, 2016 No comments: Links to this post

I set out in good time this morning, bound for St. Boniface Church, Siesta Key, and the Tuesday morning Communion service and bible study.

I tried the short cut through the K-Mart parking lot on Beneva in order to get to Fruitville,  Fruitville was closed.  So I wiggled back to Beneva through the McDonalds lot, and drove north to 12th Street.  I was filled with traffic as far as the eye could see,

Another wiggle, this time through the Faith Presbyterian Church lot, and then after a naughty U turn went up to 17th Street.  Guess what?  Yep, it was all but impassable.

After thirty minutes worth of "try, try, and try again", never having gotten as much as a mile away from my home, I QUIT.

Here's the reason for the chaos.

With time on my hands Penne and I were able to have seven walks today, each one lasting for at least twenty minutes.

Soon after lunch we drive to the Nathan Benderson Park, a great place for walking, jogging, bicycling, skate-boarding etc and a wonderful place for Penne (there are so many new smells!).

The park is centered on a huge pond which is already the site for National Rowing Regattas, and which will host an International competition in 2017.


At the south end of the park,  looking north. I haven't figured out how to zoom on my smart 'phone camera so it's hard to see the white-ish buildings (centre picture) at the north end.  This is our new "abomination of desolation" a.k.a. the "University Town Centre" a ghastly new Mall which caters to the "upscale" customer -  thus I have never entered those halls of indulgent consumerism.

Back at home, and before lunch I saw an undocumented immigrant, an Anole which had entered my home without papers.  S/he was on my stove top, and retreated under one of the burners as I attempted to deport her/him.

Compassionate man that I am I decided against an immolation of the Anole, and used a different burner.

Later in the day I spotted by un-roasted guest, back on the top of the stove.

My deportation efforts were again thwarted when the wee beast scurried off the edge of the stove and counter, and hid under my fridge. My cats know that the Anole is there, so her/his fate is in their paws.

Mixed Metaphor on the Diane Rehm show this morning. (giggle)

A panelist was talking about the reluctance of some Presidential hopefuls to be specific on details of foreign policy, lest they be held accountable for these details if elected.


"Box himself in a corner". 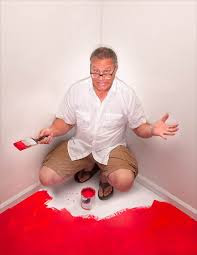 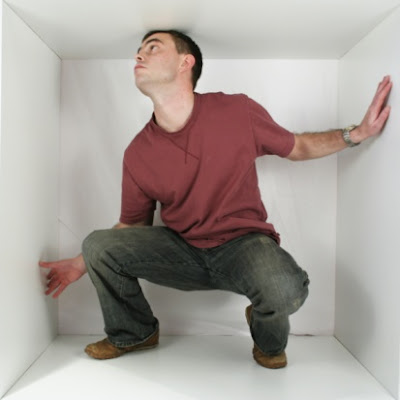 Posted by J. Michael Povey at Monday, March 21, 2016 No comments: Links to this post