Most days I have my main meal at about 1:00 p.m., and have a simple sandwich later in the day.

There are few things better than a tomato sandwich, so that is frequently my evening repast.

I have "sort-of" noticed that I often get very itchy after eating such a sandwich.

Today I at some grilled tomatoes with my mid-day feast.

Sure as heck, I began to itch about 90 minutes later.

I have begun to wonder if I have an allergy to tomatoes/love apples.

Has anyone else ever thought about, or encountered this?

Posted by J. Michael Povey at Thursday, February 18, 2016 No comments: Links to this post

AARGH - bombarded with e-mails from Best Buy and Verizon.

Four days after buying a Smart 'Phone from Best Buy, and signing up with Verizon, I have been bombarded with e-mails from those Companies.

Have they no idea that these floods of e-mails cause customers to become irritated, annoyed, and downright hostile towards them.

Here is an example -  (it was a header on an e-mail from Verizon.)

Posted by J. Michael Povey at Wednesday, February 17, 2016 No comments: Links to this post

"Taps" at the Sarasota National Cemetery.

I was at the Sarasota National Cemetery this morning for the Committal Service for Roger Lampton.


He was born in Vincennes, Indiana to the late Oscar 'Dick' and Aline Allega Lampton.
Roger was a proud veteran of the U.S. Marine Corps., moving to Sarasota upon completion of his service in 1958. Roger was a patrolman with the Sarasota Police Department and a state trooper with the Florida Highway Patrol. He worked as an examiner with the U.S. Immigration and Naturalization Service and, in 2003, became a founding member of the U.S. Department of Homeland Security.
Survivors include his wife, Cali Miller Lampton, his daughter, Kristin Pena, his stepdaughter, Sterling Larnerd (Brian), his stepson, Miller Sandow, and grandchildren; Max, Audrey, Skailar, Logan, Alec, and Hunter. He was deeply loved and will be missed.
The family wishes to thank the staff at Autumn of Sarasota, especially Doris Chasse, for their loving care of Roger.
A memorial service will be held at 11am on Tuesday, February 16, 2016 at Sarasota National Cemetery.

I did not know Roger very well, but I always enjoyed greeting him, his wife Callie, and their grand-children Skailar and Logan at St. Boniface Church in Sarasota, FL.

I admired his dignity and grace, and the determined and faithful care which he and Callie gave to their grandchildren.

The Revd. Andrea (Andi) Taylor of St. Boniface led us this morning  in prayers and a scripture reading, with a gentle and gracious homily.

Committal Services at National (Military) Cemeteries are always circumscribed by time.  Mourners are alloted about twenty minutes for the service, due to the large numbers of such committals on any given day.

(I remember driving in a funeral home limo from Cambridge, MA to the National Cemetery in  Bourne, MA for a committal service there.  It was a rainy day.  The traffic was heavy.

The Undertaker was  sweating profusely lest we should miss our alloted time slot.  We made it "just in time".)

Even with this "time factor" the Military part of the committal is always conducted with the greatest precision.

Such was the case this morning.

I was a bit reticent to take photo's with my new Smart 'Phone. I did not wish to be intrusive.

But here are two of them/


Posted by J. Michael Povey at Tuesday, February 16, 2016 No comments: Links to this post

PART THE SECOND My St. Valentine's gift to me.(2)

I forgot to add this:

Of course a washing machine  would not be a need in so many places in our global village. In those places it would be an unimaginable  luxury,

2. When sending texts I can use a stylus to hand write them, and the machine will automatically translate my "scrawl" into printable text,

This is just perfect for old farts such as I,  whose thumbs and fingers suffer from age related retardation when it comes to texting. 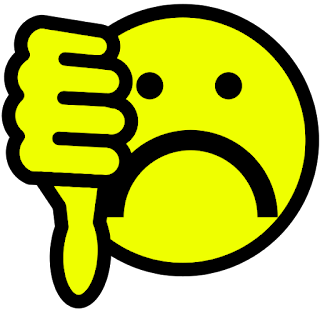 Posted by J. Michael Povey at Monday, February 15, 2016 No comments: Links to this post

My St. Valentine's gift to me.

I cannot be said that I am ahead of the curve with regard to information technology.

In truth I was a computerphobe until about 1996.  I would not even dare to turn off the office computer if the parish secretary had forgotten to do so when her day's work was ended, convinced as I was that I could cause irreparable damage.

One day I said "I'll never understand this computer age".

So I bought my first computer, monitor and printer, and signed up for Internet access with a local ISP in Western Massachusetts called "Berkshire Net".  I was hooked.

Impulsive as I am I waited until 2004 before I bought my first cell phone. It was a nifty little flip-'phone which soon became my favourite toy, and an essential part of my life as a "communicator" (preacher).

Not to be hurried, I gave myself a St. Valentine's Day gift in 2016. I bought a Smart 'phone. (Wow, the speed of my adaptations in the world of I.T. is  dazzling!)

It's a Samsung 5n.  Such phones were on sale at "Best Buy" for $90 (and a two year contract with a phone company).

I wanted to sign up with AT&T since their "package" included 2G.

I also wanted to retain my 'phone #.

And here is the odd thing.  AT&T would not allow my 'phone # (on  Tracphone) to be imported to them, (despite the fact that Tracphone is owned by AT&T.  Go figure!

Q, So what is this all about?

A, This boy wanted a new toy!

I'll be shopping for a state of the art coffin in about ten years!

Posted by J. Michael Povey at Sunday, February 14, 2016 No comments: Links to this post