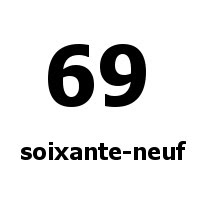 Stuff you need to know

May 22, 2013
In about 1915 it was estimated that in New York the working horses deposited 2.5 million pounds of manure, and 60,000 gallons of urine on the city’s streets each day. (Source“Victorian America – Transformations in Everyday Life”by Thomas. J. Schlereth, HarperPerennial, 1991)
Post a comment
Location: New York, NY, USA
Read more

Sarah Palin - another epic fail! ('Fings aren't what they seem to be")

May 20, 2013
PART ONE
From early morning today:(some have already read this).
Such excitement! I thought that I heard voices outside my bedroom this 3:30 a.m., and then I decided that it must have been a dream.

Heard the (two male) voices again, and I yelled out "hey get away". One man  replied "it's OK, it's the police". I then foolishly said "are you sure?? (I am sure that burglars would have said "yes, we are the police").

Went outside and there were two police cars and an ambulance outside Ed Bellon's house. (three doors away). Not sure what was happening. Oddly enough  Penne did not bark.
PART TWO
1)Turns out that my neighbour Ed Bellon had called for an ambulance because he was enduring excruciating back pain. He was taken off to Doctor’s Hospital (and released later in the day).
2)I still can’t fathom why Ed’s emergency call necessitated the arrival of two police cruisers, or why said police were walking by my bedroom window (three houses away f…
Post a comment
Location: Glen Oaks Drive East. Sarasota, FL USA
Read more

May 19, 2013
"University politics are vicious precisely because the stakes are so small." — Henry Kissinger
"In archaeology you uncover the unknown. In diplomacy you cover the known." — Thomas Pickering
"Try as hard as we may for perfection, the net result of our labours is an amazing variety of imperfectness. We are surprised at our own versatility in being able to fail in so many different ways." — Samuel McChord Crothers
"One man alone can be pretty dumb sometimes, but for real bona fide stupidity, there ain’t nothin’ can beat teamwork." — Edward Abbey
"It is not worth an intelligent man’s time to be in the majority. By definition, there are already enough people to do that." — G. H. Hardy
Post a comment
Read more
More posts