Tapioca Pudding and the Super Bowl. 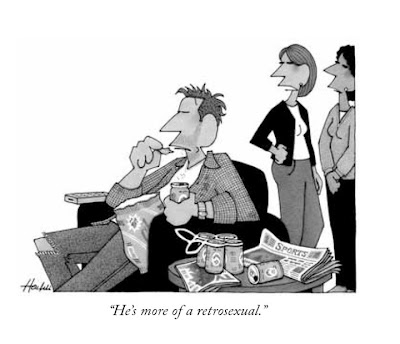 Our local supermarkets have been crowded and busy these past few days. This puzzled me as we are not in “hurricane season”, nor are we in the snow and ice belt.

Then it dawned on me.  This is “Super Bowl” weekend, the highest of American High Holy Days.

It’s central to American belief that one should invite at least 75 of one’s closest friends to gorge on junk food, drink gallons of beer, and maybe watch the game on one’s new 185” flat screen. Tomorrow the Pittsburg Steelers will meet the Green Bay Packers in Dallas.  They play what is quaintly known as “American Fooball”.

I am a heretic and will not be partying or watching the game. I might have had a slight and theoretical interest in the Super Bowl had the New England Patriots been involved, but other than that I think that American Football (and most other professional sports) are about as fascinating as cold tapioca pudding.

(But even cynics such as I hold a bit of respect for the Packers.  Green Bay (in Wisconsin) is a city with…
Post a comment
Read more

God save the Queen -- or the people?

February 04, 2011
The protests against miserable  and repressive regimes in Tunisia, Egypt, Jordan and other places remind me that government should be “of the people, for the people, and by the people”.

Miserable and repressive governments are not the sole province of Arab and Muslim states.

I can think of a couple of nations which I know well, where the “people” have ceased to be stake-holders in their own governance.

In these nations  (each has a name which begins with “United”!), government is now "by the professional politicians and for the oligarchs".

In thinking about this, my mind went back to the 19th Century hymns by Ebenezer Elliott, a great and noble champion of the poor.  His hymn is a “people’s anthem”, rather that a national anthem.  He asks God not to save the Queen, but to save the people.

You may read more about Elliott by following the link below.


When wilt Thou save the people?
O God of mercy, when?
Not kings…
Post a comment
Read more 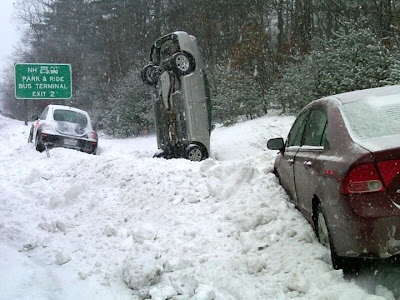 My good colleague Jane Dunning posted it on her facebook page.  It intrigued me because quite apart from the drama of the photo' itself, I know that part of I 93 very well -  it being about 25 miles up the road from where I lived in Medford, MA.  I re-posted the photo' on my facebook page.

A bit later in the day I checked in on the U.K. site of Google News to see if it carried any up to date news about the  situation in Egypt.

My attention was drawn to an unrelated story about the inept British Premier David Cameron on the London "Daily Mirror" newspaper website.

"Lo and behold" (!) the picture was already posted to the Mirror's web-page.

I became aware (again) of the smallness and interconnectedness of our electronically linked "village"  (a.k.a. "the World").  Within just a few hours of it being taken by a N…
Post a comment
Read more

February 01, 2011
Despite the abundance of  “news” which is available to us via radio, television, the internet, twitter et al,  we sometimes have to dig deep to find new stories which never make the headlines.  Thanks to a fairly cool website called Episcopal Café I was able to track down these two items.

The first  (from National Public Radio) might help us each to understand that there is no monolithic Islam, and that a secular state such as Tunisia (with an overwhelming majority Muslim population)  might indeed have something to teach us about feminism.

The inner feminist in me was also delighted to read the following article from the Irish Times, which is published in the overwhelmingly Roman Catholic Republic of Ireland.

January 31, 2011
There is a very narrow line between laughter and tears; between joy and sorrow.
I was both teary eyed and joyous as Bishop Gene Robinson ministered to and with us yesterday at St. Boniface Church, Siesta Key, FL.

I experienced both emotions in the afternoon as I attended a Symphony concert at Sarasota’s Van Wezel Performance Center.

Our fabulous Sarasota Orchestra was at its best.  I do not know if this local orchestra is “world class”  as I have never heard some of the international greats.

But I do know that the Sarasota Orchestra could hold its own in the finest concert halls in the United States, South America and Europe.  They are “that good”.

Then we were treated to a superb performance of Mozart’s Piano Concerto #24.  I’ve heard this work many times but yesterday’s rendition was “over the top”. Yesterday’s pianist,  Alessio Bax is a gentle and thoughtful performer. It seemed clear …
Post a comment
Read more

January 30, 2011
Bishop Gene Robinson presided and preached at this morning’s 9:00 a.m. St. Boniface Eucharist.  We were just about at seating capacity!


Here a couple of points from his sermon:


1. He reminded us that because of death threats, he had to wear a bullet proof vest for his consecration as bishop, (as did Barbara Harris, the first female bishop in the anglican communion).  This disturbed his two daughters (from his first marriage) very greatly.


Gene said to those daughters “there is something which is worse than death.  It is not having lived (fully)”.

2. Bishop Robinson also said  “Jesus does not need any admirers. Jesus calls us to be disciples”.


These powerful words challenged my own faith.


1. I am not sure that I have lived as fully as God intends.  I am ever susceptible to pride and to fear.


2. I know that I am far more likely to admire the teachings of Jesus, than to make them the lodestar of my life.