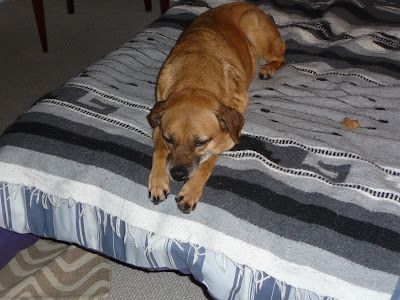 1.Yesterday (Dec 28th 2012) I was a guest at an “end of the year” party, hosted by my neighbours Pat Cosgrove and Bill Byers.

Pat and Bill host this party every year, and they do it so well. They provide good food and they invite thirty or more guests.

It is always such a relaxed event.


3.My trip to Vietnam (at the end of January 2013) will include a modest amount of trekking.  I did not want to purchase expensive heavy trekking boots, so I bought these “Sonoma” walking shoes at “Kohls”..

They were reduced in price from $78 to $38.  I think that they will be more than adequate for my treks, and I am already using them i…
1 comment
Location: Vietnam
Read more

My travelling life - to each of the major continents.

The U.K. is geographically a part of Europe, but you’d never know it!

Do you remember the alleged London Times headline  from  the 1930’s “Fog in the English Channel – Continent Isolated”?  That was the British spirit. .

My first visit to Continental Europe was in about 1970. It was to the lovely little town of Oberstdorf in the Bavarian Alps.

That was the prelude to many more European trips:-  to France, Austria, Italy, Germany , Belgium. Holland, Greece, European Turkey etc.

In 1973 I spent two good weeks on the Continent of Africa, in Kenya and Tanzania, (with a 24 stay in Egypt).

In 1975 I visited the North American Continent, and made it my home (in the USA) in 1976. My North American visits have also included Canada and Mexico.

Later on I visited  the Caribbean (Aruba, and the Bahamas), and Central America (Honduras).

I took a trip to Lebanon – geographically in Asia, but emotionally in the Near East. 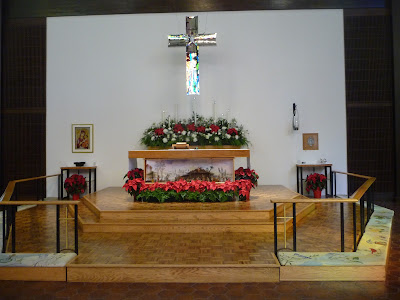 And lo I went to St. Boniface Church on Christmas Day for the 10:00 a.m. service.

I drove there with my SRQ friend Bob Lewis (a retired Episcopal Priest from Hudson, N.Y).

Behold we encountered Tom Dillon.  Tom was a school teacher in Pittsfield, M A.  His heritage is Roman Catholic, but he frequently attended St. Stephen’s Episcopal Church in Pittsfield during my duration there.

Tom inherited a condo in Bradenton FL. It is always a pleasure to see him when he comes south from Massachusetts.

It came to pass that another Tom was at Church. He is a splendid semi-retired Roman Catholic Priest who in these days mostly worships in the Episcopal Church.

Tom, Tom, Bob and JMP sat in church  together for the Christmas Day Eucharist.

The St. Boniface organists being exhausted after three services on Sunday 23rd Dec 2012, and three more on Christmas Eve wisely stayed at home.

The "history of "O Holy Night" , and Merry Christmas everyone.

December 24, 2012
(If you go to You Tube  and  search for  "O Holy Night/Nat King Cole"  you will encounter  a wondrous version  of the song, and rejoice in Nat King Cole's  and in  his fabulous diction).
There is a story behind this song. I reproduce it here.

N.B Thie follwoing is not my writing.  I "lifted it" from the WWW

"O Holy Night" remains one of the world's most beloved Christmas carols, with uplifting lyrics and melody.

The lyrics were written by Placide Cappeau (1808-1877), a resident of Roquemaure, France (located a few miles north of the historic city of Avignon). Cappeau was a wine merchant and mayor of the town, as well as an occasional writer of poetry.

Known more for his poetry than his church attendance, it probably shocked Cappeau when his parish priest, shortly before Cappeau embarked on a business trip, asked him to pen a poem for Christmas mass.

In a dusty coach traveling down a bumpy road to Fr…
Post a comment
Location: Roquemaure, France
Read more

December 23, 2012
As is the case for many folks I am a creature of routine and habit.


My morning routine is almost unchangeable.

Boot up computer.
Greet Penne and the cats – Penne gets half a biscuit and the cats each get a couple of small treats.

Check e-mail and Facebook
.
Except that this morning my computer would not connect with the internet. Woe was me.

I tried all the tricks of the trade without success.

I called Comcast.  Getting through to a real live person is a feat requiring enormous patience.  I was patient.

The real live person told me that there were no reported outages in my area.  She asked me to “hold on”.  I did so for twenty minutes, and then my store of patience “went down”.

So I hoved off to MacD's : “Tablet” in hand. $1.08 bought a medium sized coffee.  Within three minutes I was on line using the free wi-fi.  (Later I discovered that I could have saved $1.08 but connecting with Mickey D’s wi-…
1 comment
Location: Sarasota, FL, USA
Read more
More posts