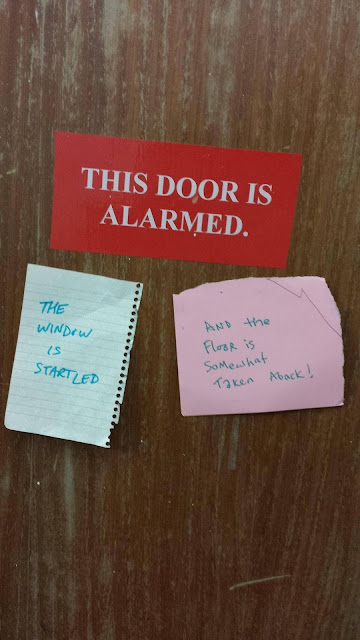 1. For reasons which are obscure my pal Bob and I chatted about the canned meat named "Spam" the other night.

2. Bob recalled eating Spam when he was a kid some 65 years ago.He liked it.

5.  My pal Bob, together with friends  Ben, Ron, Char, Den,and Karen came to my home this evening for conversation, beverages and snacks.

6. I decided to serve Spam.

7. I served  some cubes of Spam Lite , on top of which I placed some pineapple chunks - Spam and  pineapple linked together with toothpicks.

8. This snack was a huge success!

9. You'll never know until you try! 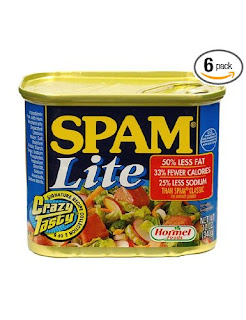 I heard that in a small New Jersey borough, just across the river from Manhattan, a local entrepreneur has created a micro-brewery in which she will make all-American "Japanese Rice Wine".

It will be marketed under the label "Hackensake".

Inspired by a Massachusetts Ave, Cambridge, MA restaurant, I decided to make a Greek style sandwich.

I used the very best pita bread into which I stuffed:

3. A few slices of tomato, and a bit of shredded lettuce.

4. 'Twas all moistened with some excellent Greek Yogourt.

Then I remembered to add some of that crumbly Greek Cheese,  in order to bring the sandwich to perfection.

That being done I exclaimed "fait accompli"

I cannot resist my own dreadful puns!

Posted by J. Michael Povey at Tuesday, July 16, 2013 No comments: Links to this post

I don't know George Zimmerman..It would be arrogant and presumptuous of me to second guess his heart, mind and soul.

I am deeply suspicious about Florida's "Stand your Ground" law.

I do know that the social canon by which many of us assess what is "mainstream and normal" is "white, male, educated, prosperous".  ( I am tired of the political talk shows which to this day usually feature four middle aged white males who pontificate on what they believe is good and bad, or right and wrong in America).

I know that when a white man expresses himself forcefully he is  called "passionate", and that when a black man does the same he is described as "angry".

About nine years ago I was crossing Cambridge Common (MA) on my way to a meeting. I was being followed at very close quarters (six feet away from me) by a tall young man who "seemed" to be trailing me.

I stopped and turned around. He said "are you getting nervous just because a black man is walking behind you?"

I could not give him an honest answer.

On June 4th 2013 on C-SPAN  Neuroscientist Dr. Carl Hart talked about his book, High Price: A Neuroscientist’s Journey of Self-Discovery That Challenges Everything You Know about Drugs and Society, in which he combines a memoir about growing up in a poor Miami neighborhood with his studies of drug use.

Dr. Hart is an Assoiate Professor of Psychology at Columbia University. He delivered a brilliant and enlightening piece of scientific and social knowledge, information and fact.

But my mind kept discounting what he was saying  ...........on account of his dreadlocks.

He was the Crucifer at the 10:00 a.m. service.  He's not really Trayvon, but he is a 16/17 years old young man of Afro-Caribbean heritage.   He is very shy.  He does well in High School. He lives in a stable family. He serves beautifully in his congregation.

But I got teary eyed when we hugged each other during the "passing of the peace" in the service.

Well, as I said to his mother after the service, "he could be Travon Martin".

She knew exactly what I meant. She expressed her own fears for the safety and well-being of her fine son.

There's the rub. This young man can be utterly admired in his Church; utterly successful in school, a model citizen in every way.

But he will most likely be utterly and unreasonably feared, labeled and disdained as he grows up -  all because of the colour of his skin.

I am tempted to believe that that the Revd. Dr. Martin Luther King and the other martyrs of the 20th Century Civil Rights Movement died in vain.

I end by re-posting something I placed on Facebook earlier this year.


I have to start by examining my own racism.


I have to continue by examining my own racism.


There can be no end to my examination of my own racism.


But there is also repentance and amendment of life. 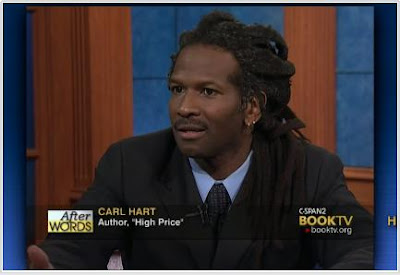 What do we say on our way home from Church?  Maybe it's  “Church was pretty good this morning”, or “the preacher was a bit off today”.

We rarely ask “what did God think about our worship?”.

Scripture indicates that God is not necessarily pleased with what we and millions of other Christians do on Sunday mornings.  God sometimes despises our worship.

After his win at the Wimbledon Men’s Final this year  Andy Murray, Scotland's first Wimbledon singles champion since Harold Mahony in 1896, thanked his coach Ivan Lendl for believing in him.

Lendl started coaching the Scot last year. Murray said this of his coach

"He stuck by me through some tough losses and he's been very patient with me, I'm just happy for him," said the world number two.........."He's always been very honest with me and told me exactly what he thought and in tennis that's not easy to do in a player/coach relationship.

“He’s always been very honest with me, and told me what he thought”, so said Andy Murray about Ivan Lendl.

Amos was a bit of a hick or a hayseed.  He was a farmer (most probably a day labourer) and he lived south of Jerusalem about eight centuries before Jesus. The nation of Israel had split into two kingdoms, one in the north called Israel with its capital in the city of Samaria, the other in the south with its capital in Jerusalem.

Amos travels from the south to deliver words of God’s judgment to the leaders of the north.  He was very honest and he told them what he thought. He dared to tell them what God thought.

He was speaking in a time of prosperity when the rich were getting richer and the poor were getting poorer.  This was, and is, highly offensive to God.

* Wealthy people would sell a servant into indentured labour so that they afford to buy a pair of fancy sandals.

*The law of God told farmers to leave then edges and corners of their fields un-harvested so that the very poor would have a bit of wheat for a subsistence living. In Amos’ day the very well to do farmers would scrape up very last bit of wheat at harvest time, leaving none for the poor.

*Amos says that the elite “trample the head of the poor into the dust of the earth (in others words, let ‘em starve to death) and push the afflicted out of the way. (2v7)

*He assails those who “take a bribe, and push aside the needy in the gate”.5v12

*He scorns those who “trample on the needy, and bring to ruin the poor of the land” 8v4

*He exposes the sexual shenanigans of the wealthy men saying that “they pervert the way of the humble, and a man and his father go to the maid, in order to profane My Holy Name” 2v7

*Amos is scathing in his denunciation of the idle rich women “ Hearken to this word, O cows of Bashan which are on Mount Samaria, who oppress the poor, who crush the needy, who say to their lords, "Bring that we may drink." 4v1

For all of this Amos, speaking in the name of the Lord, says that the northern kingdom of Israel will come under the judgement of God.

Amos was very honest and he told them what God thought. His message was not well received:

A priest named Amaziah, who was in cahoots with the King, said to Amos
In other words, go back to where you belong; we do not want outside elements upsetting our apple-cart.

Indeed there was corruption at the heart of the northern Kingdom of Israel.  The rich were getting richer at the expense of the poor.  The poor were getting poorer and being denied even their daily bread.  This was, and is, highly offensive to the God of Justice.

Believe it or not, the people of this highly corrupted ruling class, this oppressive oligarchy were assiduous in their attention to religious ritual.  They observed all the festivals which the law prescribed. They did not neglect the worship of God.

And this devotion to religion did not impress God.  In fact it pissed him off.  Hear what he said to the religious yet corrupt leaders:

“21I hate, I despise your festivals, and I take no delight in your solemn assemblies. 22Even though you offer me your burnt offerings and grain offerings, I will not accept them; and the offerings of well-being of your fatted animals I will not look upon. 23Take away from me the (1) noise of your songs; I will not listen to the melody of your harps. 24But let justice roll down like waters, and righteousness like an everflowing stream”. 4 v 21-24

Amos’ words speak to us today. God is not necessarily pleased with what we and millions of other Christians are doing this morning.  God sometimes despises our worship.

God hates and despises all our religious noises and songs when we are silent or complicit in a society where the rich are getting richer, the poor are getting poorer, and justice is denied to the poor.
Posted by J. Michael Povey at Sunday, July 14, 2013 No comments: Links to this post