When I didn't "hear" my brother's voice. 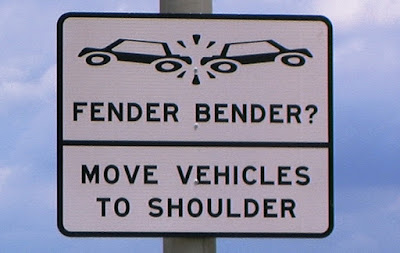 When I am backing up/reversing I often "hear"my brother Martyn's voice saying  "use your mirrors".

I did not "hear" it this morning.

As I left my home I saw that my brand new next door neighbour had parked his car, not in his driveway, but across the street.

So,  as I reversed out of my driveway,  I "pranged" his vehicle. ''Twas a minor fender bender on the back left door of his car.

I parked my car, rang his doorbell, and "confessed" my crime.

He was so cool about this, saying that these wee matters did not bother him.  We agreed that I would pay for his repairs, and that we did not need to involve our Insurance companies.

In an old fashioned  (and good) manner we shook hands on the deal.

This "old way" of doing business is infinitively better to having a public brawl and/or involving Law Enforcement and Insurance Companies. 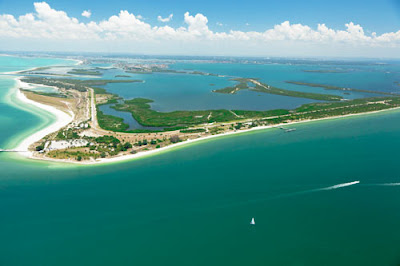 I drove north on I 75, and then north-west on I 275 this morning (mercifully the traffic was light). I was headed towards the gorgeous Fort De Soto County Park.  This area had at one time been an Army Air force bombing range, and later a U.S. Air force range.

When the military left it was deeded to Pinellas (FL) County.  It could have been transformed into a holiday destination with the accompanying Condominiums, Hotels, Restaurants and the like. But good  and wise government prevailed. The Pinellas County Commissioners decided to preserve it as an un-developed County Park.

It is an utterly unspoiled Key (Island) , a place of joy and delight for campers, kayakers, day visitors, cyclists and the like.

The Fort De Soto County Park is one of my favourite beach areas, "besting" in my opinion the much acclaimed Sarasota County beaches -  Siesta Key, Crescent Beach, Lido Key beach etc., for at Fort De Soto the beaches and the Gulf of Mexico there is next to no sign of "develo…
Post a comment
Read more 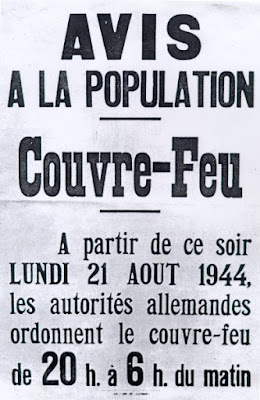 William the Conqueror set a curfew (from the French couvre-feu or cover fire) at 8:00 p.m., which was widely adopted across medieval Europe. Though this was ostensibly imposed to prevent fires from catching while people slept, those who will have read "William I – 1066 "by Eleanor Farjeon will recall that it was more likely about preventing candlelit late-night public plotting.

I hope that this is correct.  I "stole"it from a website some months ago.  ( I can't remember the name of the website!)

This, that and the other. (My Day) 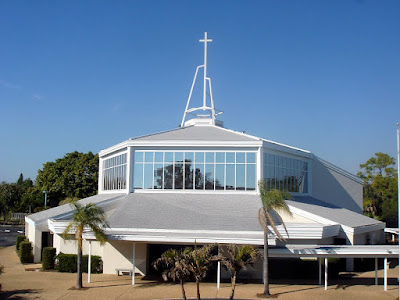 I spent some time with my local attorney this afternoon to make sure that all my ducks are in a line regarding my death, burial, and the disposition of my estate,  (I do this about every five years).

Never mind, my Attorney needed a witness for another client's documents, I was glad to be there and to add my "John Hancock" as witness to the signature of a client I had never met before, and will most likely never meet again.   It's nice to be useful!

On 30th April  I 'll be officiating at a funeral for a deceased St, Boniface parishioner.  I have been out of this loop for many years so I've had to remember that I am not the "Priest-in-Charge at St. B's, and that I've had to get the approval from our Interim Rector for all the plans I am making with the deceased man…
Post a comment
Read more

The tender joys of being a Pastor.

Those of us who are charged with "the care of souls" are ever glad and awed to minister the good news of God in Christ at those tender moments in humans lives: birth, marriage, sickness and death.

In those time we are privileged to enter into the lives of others at a deep level  at their times of joy, anxiety, pain, sadness, and grief.

Last Saturday "something"  told me to visit J.S. as he lay a dying in a nursing home.  He was cogent and conscious.   We talked about his impending death.  We talked about what fed his soul  (it was music), I prayed with him.

J.S. passed from this life in the early hours of Monday morning.

When she received a call from A, that same morning, with the news that A's 61 years old father (D.L) was dying in Hospice Care, A.S.T knew that she simply could not  (in her very early grief and weariness) visit and pray with D.L., so she asked me to do so, (Fortunately I knew him).

Who has known the mind of DOG? 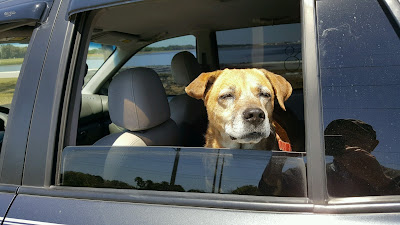 When I adopted Penne some years ago, the experts at the Humane Society of Sarasota County advised that I should always enter my home first, and then invite Penne to follow me.

"This", they said, "would establish that my home is my territory, into which Penne is welcomed as a guest".

It's worked.  I have established a routine to which Penne has responded well.

We enter the porch, and I begin to chat to Penne.

Once inside I have said "hang up Penne's leash" and "take off my hat".  At which Penne has entered my home from the porch, and raced to her bed,

That's been the routine for seven years --  until now.

NOW,  when I open the front door, Penne stays on the porch until I cajole her to come inside,

Once inside she stands firm by the front door until I urge and beg her to come all the way in to her bed , saying "Pen…
Post a comment
Read more

When conscience leads a Christian to Prison 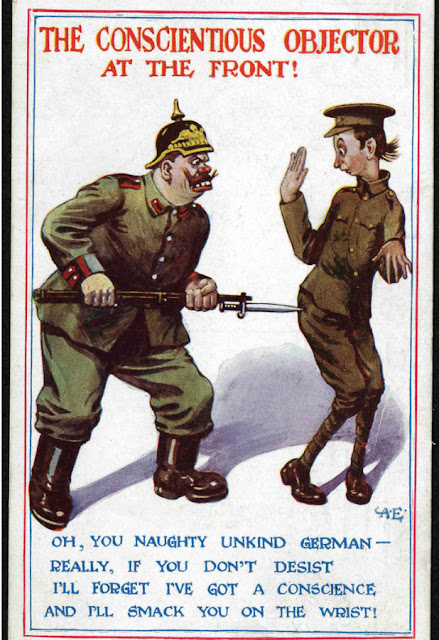 When conscience leads you to prison

It seems to me that disobedience to law on the grounds of religious conviction is perfectly appropriate, provided those who engage in such civil disobedience are willing to face the consequence of being charged and tried in a Civil Court, or by a quasi-judicial body?

Such was the case in my home city of Bristol. U.K for Walter Ayles, a Christian, a Socialist, and a Conscientious Objector during World War I.  Please read about this story here, and do take time to reflect on the transcript of the court room proceedings and Ayles' powerful  testimony.