We talked a bit about thinking through the consequences of proposed actions; about planning ahead; about learning how to budget and save; about choosing friends with care.

G’s background is rugged. Neither parent was willing or able to offer adequate nurture or guidance. He was sexually abused at about age 14 by a man who threatened to kill him if he ever told. His then un-diagnosed illness of manic depression kicked in soon after. He enlisted in the Navy and had a major breakdown at boot camp. Let go by the Navy, he drifted into drug use.

Today he is clean and sober. He receives social security disability payments and gets food stamps. He lives alone in a subsidised apartment complex. He wants to get a job, but given the job market that’s highly unlikely. Most days he is bored out of his mind.

G. is a charmer. He knows how to present himself well and so is ins…
Post a comment
Read more

February 05, 2010
B. had washed up at Resu-rection H-use, S-rasota, FL as another homeless veteran, battling a “demon” of addiction. That’s where I got to know him.

His recovery was so profound that the House employed him as a gopher, dogsbody, pinch-hitter et al. He was always prompt, cheerful and hard working. We hit it off right away, and would hang together and smoke up a storm on our breaks.

It was clear that he adored his dad, passed from this life, but formerly a career man in the U.S.A.F. That explains why B. had been born in Morocco and why he had been educated in private schools.

Somewhere along the line B. got married and, with his wife, had two children. But that was “way back then”. B. had not seen his children in many a day.

He never told me what had happened, but it was more than clear that his addiction (booze, drugs, sex) had led to a deep alienation from his children.

About a year ago B. was diagnosed as having a mean cancer. His well-learned and unrealistic optimism about all …
Post a comment
Read more

Nik Wallenda, Lee Karen Stow, and Rick Floyd. A Trifecta - today, yesterday and the other day


At St. Boniface Church, Siesta Key, Sarasota, FL last night.
http://www.leekarenstow.com/
Lee Stow is from Kingston upon Hull (a.k.a. Hull), Yorkshire, U.K.   She is working to empower the women of Sierra Leone (a country that is poorer than even Haiti) with photography.
See these gorgeous women in “The Women of Sierra Leone”.  Also check out “Kroo Bay” to see the ghastly Shanty Town in which some of the women live.
A couple of the Sierra Leone women have exhibited their work in the U.K.    You will see one slide of a woman who was out of doors when it snowed in Yorhshire-  she had never before seen snow! Another slide shows a Sierra Leonean woman trying on a wedding gown in Hull.  She was shocked when she was told its price.
Do a Google search on Lee Karen Stow to find out more about her work. 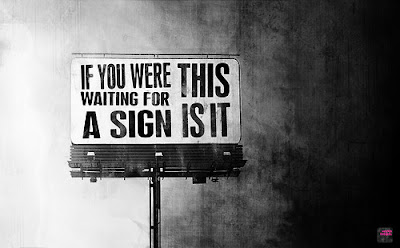 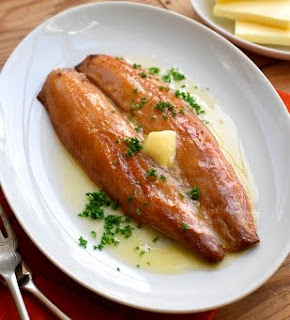 My good pal Ben, though American born, has spent many a month in the United Kingdom.  There he learned to enjoy “kippers” (cold smoked herring).  Ben has often lamented that it is impossible to purchase a good kipper in these United States.
True enough our local British Food stores (yes there are two in SRQ) can provide kippers, but the ones they sell are miserable little fillets, shrink wrapped with butter, and frozen.   To eat them is like hearing your great-uncle singing an opera aria whilst Placido Domingo is in concert at a local concert hall.  “Close, but no cigar” as we would say in the U.S.A.I’ve been determined to get some real kippers for Ben (and me!) to celebrate his complete recovery after breaking two bones in his ankle.Thanks to the web I was able to find an American purveyor of genuine British kippers.  I ordered a small supply with instructions that it should be delivered to Ben this a.m.  (I’d said not a word to Ben!)  Unfrozen, they were to be Fed-exed overnight. (Th…
1 comment
Read more

On the lighter side 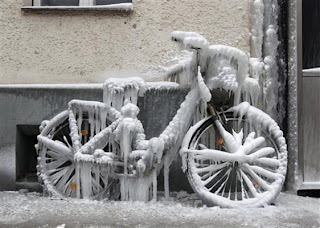 Who are the "saints" ? (3) Roman Catholic nonsense.

Thus, when we refer to the “saints”, we are speaking of the “holy ones”. In turn, to be “holy” means to be “set apart” for the glory and the purposes of God.

Within the New Testament (written in Greek, not Latin), the word which gets to be translated as “saint” is the Greek word “hagios”, and it is practically synonymous with our English word “christian”.

In other words, a biblical term for “christian” is the word “saint”. The “saints” (i.e. the christians) are those who have been “set apart” by the death and resurrection of Jesus, through baptism in water and in the holy spirit, to be the agents of God’s saving power in the world.

Those of us who are on the reformed, or protestant wing of Christianity insist that the “saints” are all the people of God.

We therefore resist the roman catholic system (called canonization) by which the Pope can declare that certain persons are “saints”.