Rejoice and be merry!

Rejoice and be merry!   Soak up all the joys of Christmas.

This blog will take a rest for a few days. 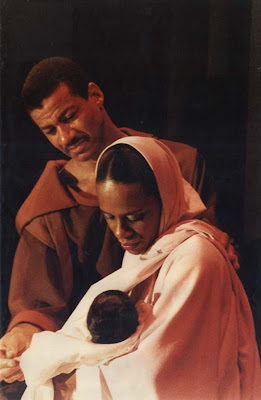 Posted by J. Michael Povey at Thursday, December 23, 2010 No comments: Links to this post

This season brings many memories.
I spent one Christmas in Chester-le-Street, Co. Durham, England with my friend Marilyn Draper.  I cannot remember why I did that, nor do I remember our hosts.
My Mum came to the U.S.A. for my ordination to the priesthood in Dec 1976.    She was with me for my first American Christmas, spent in Fitchburg with the late (and sorely missed) Al and Doris Williams.
Two years ago I was in Beaufort, S.C. for Christmas.  It’s a lovely town.
One year long ago, (maybe 1982) I flew home to Bristol on Christmas Day to be with my family.  ‘Twas an overnight flight (Boston, to New York City, to London); thus I arrived in the U.K. on Boxing Day.  My family members had a delayed Christmas dinner at the home of my oldest sister Maureen.  I fell sound asleep at the dinner table.
Back in the fifties of the 20th Century, Mum and my oldest sister Maureen would make Christmas Puddings and Christmas cake in November.
A silver sixpence, if available, would be hidden within the pudding.  So we each ate the pudding (smothered in custard) very carefully, hoping to encounter the riches of a “tanner” in the slice we happened to receive.
The Christmas cake would be covered in marzipan and hard icing. I always enjoyed the marzipan more than the cake or the icing.
Chicken was a luxury, so our Christmas meat was usually pork.
I clearly remember my first sliver of chicken.  A neighbour named Cliff Witheredge gave Mum and Dad an old hen, way after her laying years, from the hen-house in his back garden on Gratitude Road.  Mum knew how to pluck and dress it (a dead skill these days).  So we each had a wee bit of chicken alongside the pork that Christmas).
“Father Christmas” (never “Santa Claus”) left our big gifts in a pillow case (not a stocking) at the foot of our beds in the wee hours.  I remember getting a child’s tricycle, and later a scooter.
But the best part was on Christmas Day at about 4:00 p.m.  The small gifts (and the childrens gifts to each other) were stacked under the Christmas tree in the “front room”.
Dad would be “Father Christmas”, and would hand us each gift, (lots of socks, handkerchiefs, and underwear!)
But that’s also when I received my first “Phillips” electric razor, and became a man!
A couple of years after I entered the work world I chose not to give individual gifts to my siblings.
Instead I bought a family gift - viz four high stools (they were on metal tripod legs, with wooden seats), to supplement our insufficient store of dining table chairs.
Those stools became part of our family life for very many years. I even remember that I bought them from a shop on Park Street, Bristol.
After Christmas Day we lucky English and Welsh people could look forward to Boxing Day (Dec 26th).
Back then Boxing Day was not a holiday in Scotland.  Instead the Scots had New Years’ Day for their extra holiday, but   Jan 1st was not a holiday for  the English and Welsh.
In England I enjoyed Boxing Day even more than Christmas Day for the pressure was off.
For “tea” (the evening meal) we would enjoy cold meats, pickled cabbage, pickled onions, beetroots, sausage dogs, and mashed spuds, with leftover mince pie or cold Christmas “pud” for “afters”.
Of course those were not necessarily better days than these.  But my memories are precious so I am glad to share them.
I also confess to teary eyes as I think about my Dad (who died in 1974), and my Mum (whose death was in 2001).
Posted by J. Michael Povey at Wednesday, December 22, 2010 1 comment: Links to this post

I got up at 3:00 a.m. today to look up into the heavens, and see the total eclipse of the moon.

It was a gorgeous and awesome sight.    The created and evolved universe,  as I experienced it in this eclipse, led me to awe.

My camera was inadequate to the task of photographing what I saw, but that did not matter.


For the enjoyment of  a moment of  beauty is important in and of itself, whether or not it can be encapsulated in a photo', a poem, a painting, a recording, a video, or a narrative.

At 6:45 a.m. Penne and I took our early morning two mile walk. By 7:30 a.m. I was able to enjoy a mug of coffee out on my Lanai.    There I enjoyed a more local beauty as I looked out on the pond.  I will never tire of what I am privileged to see every day.  I hope to be ever grateful for this "human-made" glory. 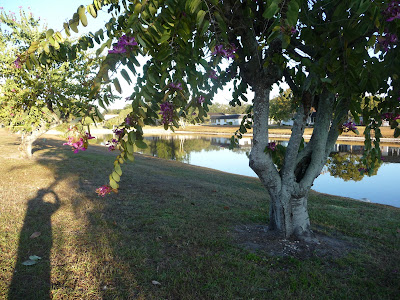 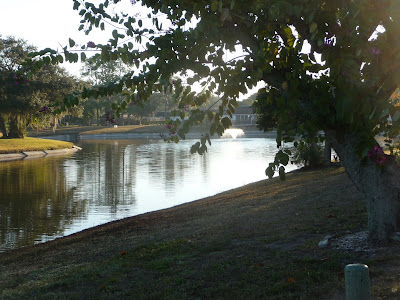 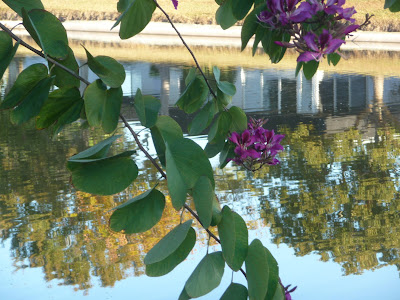 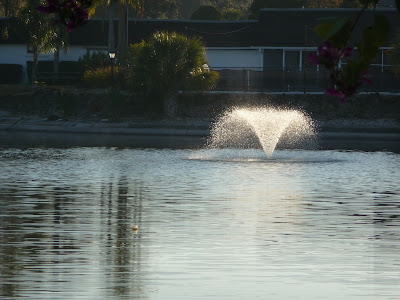 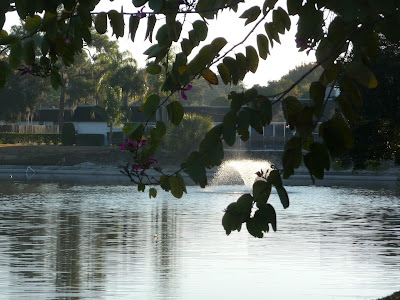 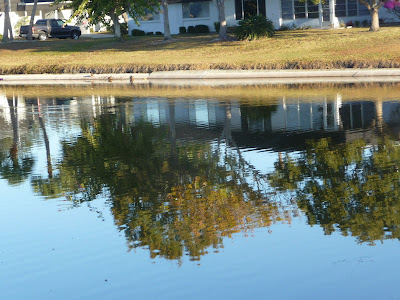 Posted by J. Michael Povey at Tuesday, December 21, 2010 No comments: Links to this post


I am reading a book about “Bertie”, the Prince of Wales and the son of Queen Victoria and Prince Albert.
“Bertie” became King Edward VII of the United Kingdom (22 January 1901 - 6 May 1910).
The book is entitled “Edward the Caresser”
Those who remember anything about the English (and later the United Kingdom) monarchy will find that to be an extremely funny title.
For more about Edward VII  see
http://en.wikipedia.org/wiki/Edward_VII_of_the_United_Kingdom
Posted by J. Michael Povey at Monday, December 20, 2010 No comments: Links to this post

Last Friday night as I drove home from a party in Venice (Florida!), I tuned into the Public Radio Station which come out of Ft. Myers, FL.  I was all ears as I listened to a “World Vision” programme about women in Afghanistan.
I was glad to hear of the ways in which the gifts and abilities of women are being celebrated in Kabul.
I could scarcely bear to listen to the fate of many young women outside of the capital.  They are girls really, who are married off at a very young age, and then become virtual slaves in the homes of their husbands.
(Often the mother-in-law becomes the slave-master.   She is repeating her own experience from when she was a child bride).
Many of these girls can “take it no more” and they are led to suicide. The preferred method is by self-immolation.  These children will douse themselves with petrol, and then set themselves afire.
In the book “My life as a Traitor” by Zarah Ghanramani, the author relates that in Iran, one of her cousins did the same, and died after ten days of agonising pain.
Many girls are married off at a young age (maybe 9 or 10) for various reasons.
Perhaps it is the lust of an older man.
Maybe her very poor family needs the dowry money.
Or a poor family might give their daughter to a richer man in order to acquire more honour within the clan or tribe.
Far be it for the girl to resist.
Her resistance will shame her family.
“Honour and shame”:  These are concepts by which many tribal societies maintain a sense of stability and order.  They are day by day ways of living in lands such as Palestine, Iran, Iraq, Pakistan, Afghanistan, India and Bangladesh.
It is easy from a western point of view to view this as a Muslim issue.  But “majority Christian” countries such as South Africa, Kenya, Tanzania, Uganda (etc) also have their codes of honour and shame. The rape of virgin girls is a supposed cure for AIDS in some of these lands.  The “honour” of an AIDS infected male can be mitigated by the “shame” of the girl who has been raped, (or so the men say).
When I was a child, growing up in England, there was a clear sense of honour and shame.  We were supposed to “honour our betters” in a class based society.    Young un-wedded women who were pregnant were considered a “shame” to their families.  They often “disappeared” from public view. They had been taken off to a home for unwed mothers where they gave birth.  Then the baby was inevitably “given up” for adoption.
There was also a hidden “honour and shame” system regarding “funny Uncles”, i.e. those un-married men who were perceived to be “pansies” or “fairies”.
In recent years in countries such as the U.K. and the U.S.A., the idea of shaming continues. Thus the names and addresses of sex-offenders are made public, in the belief that we are thereby made safer.
I was led again to thoughts about honour and shame as I listened to the Gospel reading in Church today.  Here it is:

The Birth of Jesus the Messiah

18 Now the birth of Jesus the Messiah* took place in this way. When his mother Mary had been engaged to Joseph, but before they lived together, she was found to be with child from the Holy Spirit. 19Her husband Joseph, being a righteous man and unwilling to expose her to public disgrace, planned to dismiss her quietly. 20But just when he had resolved to do this, an angel of the Lord appeared to him in a dream and said, ‘Joseph, son of David, do not be afraid to take Mary as your wife, for the child conceived in her is from the Holy Spirit. 21She will bear a son, and you are to name him Jesus, for he will save his people from their sins.’ 22All this took place to fulfil what had been spoken by the Lord through the prophet:
23 ‘Look, the virgin shall conceive and bear a son,
and they shall name him Emmanuel’,
which means, ‘God is with us.’ 24When Joseph awoke from sleep, he did as the angel of the Lord commanded him; he took her as his wife, 25but had no marital relations with her until she had borne a son;* and he named him Jesus.
If Joseph had obeyed the law he would have “shamed” Mary.
Instead he relied on a dream, and “honoured” her.

Joseph shows us a way of rejecting the cruelty of shaming, and of rejoicing in the dream of honouring.

God is with us (Emmanuel) in honour but  never in shame.


Posted by J. Michael Povey at Sunday, December 19, 2010 No comments: Links to this post