My lanai  (really a screened in porch) is so vulnerable to wind damage.

So today I moved all the furniture inside   Flying furniture could do a lot of damage.

My cat is so confused, she usually spends most of her day on the Lana.

Posted by J. Michael Povey at Saturday, September 09, 2017 No comments: Links to this post

More about Irma and me.

So it seems that the west coast of Florida will bear the brunt on Sunday evening.

I say "it seems"   because the the potential route changes by the hour. For that reason I have ceased to watch T.V,; listen to the radio; or to try to track the storm on the internet.  I'll just wait and see.

In the meantime I am entirely grateful for my non-SRQ friends and family members in Bristol, U.K, who have 'phoned; e-mailed, or texted me with  their  expressions of love and concern. That's so precious.

One of my dearest friends (Joe R of Granby MA) called me today to express his concerns, and those of his wife D.

I told him that I was planning to ride out the storm alone.

Joe was adamant in expressing his opinion that this was not a good plan.  he thought that I should not be alone.

So now,  when the storm hits I will leave my cat in a safe place with water, food and a litter box, and then de-camp to the home of my friends Bill and Pat as the storm passes through. .  That will be much better than being alone.

Posted by J. Michael Povey at Friday, September 08, 2017 No comments: Links to this post

Of course alongside 20 million other Florida residents I am fretting about the Hurricane, and its impact on our homes, hopes, and lives.

I live alone, so its easy to get into stinking thinking about the storm. So I've had to get out and about and to be with other people so that I can get out of my head, and instead enjoy human company.

Wednesday I had lunch with my dear friends Jack and Donna Chrisman  at Evies Tavern and Grill just off University Parkway at Whitefield Ave., not far from their home.

In the evening I was at the Purple Rhino on Beneva at Webber St., there to share a glass of wine with good friends Rick P., Gordon C., John U., and Allan R.

Of Friday (10th) I'll be at Dennis and David's home for our weekly gathering called "Ben's Bar"; a gathering in honour of our good friend Ben Morse who died last December.

It is utterly important for me to spend time with good friends and to enjoy their company as we await Irma's arrival.  It beats being at home alone and wallowing in fear.

Above all else I think about Katie who grew up at St. Stephen's Parish in Pittsfield, MA. when I was the Rector.  Katie and her husband Shane lost everything to Irma as the storm hit their home in  Tortola in the British Virgin Islands,.

Irma is on her way.

So how should I pray?

Although I am not a believer in "praying the storm away" I find myself saying "Lord, send Irma way out into the Atlantic".  It's not that I think God will answer that prayer, but it is what I am thinking, and I might as well tell God what's on my mind.

I keep coming back to the bedside prayer for children:

Lord keep us safe this night, secure from all our fears.
May Angels guard us while we sleep, 'til morning light appears.

Secure from all our fears is the important ;phrase.  I pray that I will not succumb to paralyzing fear.

"God grant me the serenity to accept the things I cannot change, the courage to change those things I can, and the wisdom to know the difference" 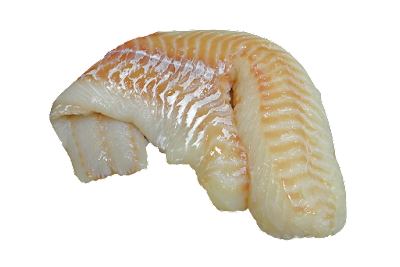 I was at a local market yesterday to buy 1lb of Cod at a good price.  (As an Englishman and a one time Massachusetts resident  I am crazy about Cod.)

The mid-twenties fishmonger asked for my order.  I replied "1lb of Cod please".

He responded "did you say Cod or Salmon?":

The young man countered with "I thought you said Cod, but you were looking at the Salmon".

I retorted "I asked for Cod, and please do not mock me because I am cross-eyed".

He "got" my huma. He could scarcely weigh my Cod for his laughter!

Posted by J. Michael Povey at Wednesday, September 06, 2017 No comments: Links to this post

Getting ready for Irma 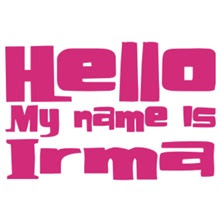 xico
Hurricane Irma  (the most massive and dangerous storm in the Atlantic since Hurricane Tracking has been possible).  Where is it heading?

First of all spare a thought or prayer for the people of Puerto Rico U.S.A. which is very likely to be hit. Puerto Rico is a entirely  impoverished "U.S.A. Commonwealth" which is all but bankrupt; an Island where the infrastructure has not been well maintained  (no money);  and the power grid is "iffy" to say the least.

Secondly the National Hurricane Center is wisely agnostic as to when and where  Irma could hit the mainland U.S.A.

Will it veer north and east into the Atlantic?  That's the best hope for Floridians, but it could be tough on the Bahamas and Bermuda.

Will it travel up the east coast of the U.S.A,?  Goodish for those of us who live on the Gulf Coast (the west coast), but ghastly for eastern Florida coastal communities, and for the coasts of Georgia, South Carolina, North Carolina, Virginia, Maryland, Delaware - and points north.

Will it enter the Gulf of Mexico and then travel north up Florida's Gulf (west) coast?  In that case I will be in deep doo-doo! as will be Florida's panhandle.

Will it enter the Gulf and then magically dissipate? That would be nice!

Will it enter the Gulf and then head west to coastal Louisiana and Texas.  That would be horrible.

But  the National Hurricane Center is wisely agnostic as to when and where  Irma could hit the mainland U.S.A.

That wisdom has precipitated my preparation.

Firstly,  I could not abandon my cat.


Secondly, where and how  would I travel?

Not withstanding Adelaide the cat, it's too late to buy an air ticket at highly inflated prices.

ould become a nose to tail parking lot, with longer that ever lines at gas stations.

2.  I will keep safe.  I will not go outside in the thick of the storm, nor will I drive on flooded roads.

3. I have made preparations for the worst.case.

I bought 8 gallons of bottled water yesterday for drinking and cooking.

I will fill my bathtub with water (essential for flushing the toilet if running water is unavailable).

I have an emergency box in which I have a Coleman Camping Stove and a Coleman Camping Lantern; a working battery radio; a head-worn "Miner's Lamp"  (useful in the event that I need both hands for some task in the midst of a storm); candles, matches,  a trigger lighter; and some real dollars.  Every emergency item is working,

I bought supplies of wet  cat food for Adelaide, and enough  canned food to sustain me for the possible duration whether eaten cold or hot.

In the meantime I'll live a more or less normal life in the next few days including lunch with my dear friends Jack and Donna Chrisman on Wednesday.

Pray with me if you will

P.S.  In case you are worried, be assured that I have ample supplies of red wine.

Posted by J. Michael Povey at Tuesday, September 05, 2017 No comments: Links to this post

The Tolpuddle Martyrs and Labor Day

When I was in England in 2014 I took some time away from my family to visit the lovely (and under-sung) County of Dorset.  (Think Thomas Hardy).

At the top of my list was to visit the little village of Tolpuddle.  I was there to think about the 19th Century "Tolpuddle Martyrs".

My parents had told me the story.

In truth they were not martyrs, but good agricultural workers who combined together to protest their diminished wages  They were "martyred" not for combining to form a prototypical Union, but because it was alleged that they had violated a law against secret oaths.

Their " martyrdom" was an unjust sentence of "Transportation to Australia". That sentence provoked  a national outcry.  Do read more here

I am so glad that my Mum and Dad revered the "Tolpuddle Martyrs" and that I was able to visit Tolpuddle back in 2014. 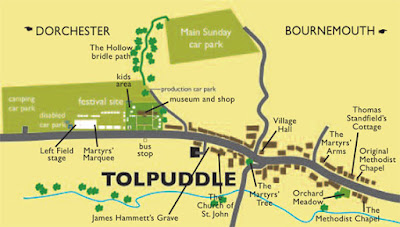 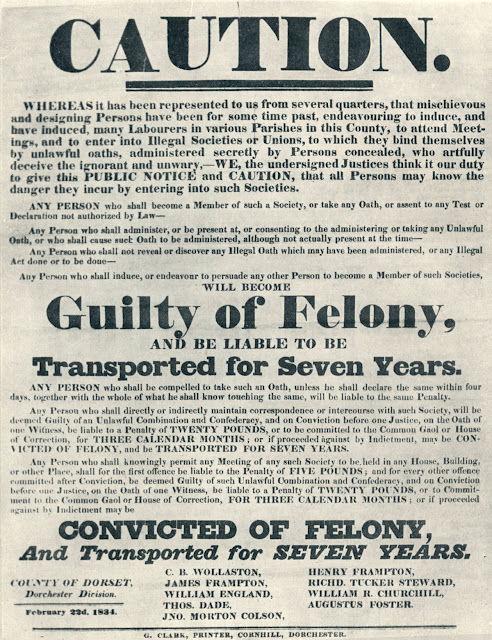 As Labor Day came and went I thought about the Tolpuddle men and the injustice that was served upon them.

I thought about the many other struggles by courageous  workers to organise into Unions, and of the ways in which the unholy alliance between Big Business and Government sought  (and often succeeded) to crush them.

I reflected on the ways in which Margaret Thatcher in the U.K. and Ronald Reagan in the U.S.A. villainised Trades Unions until the very word "Union" became synonymous with "bad, evil, dangerous".

Posted by J. Michael Povey at Tuesday, September 05, 2017 No comments: Links to this post

Labor Day, the first Monday in September, was established as a Federal Holiday in 1894, a day to honour the working man's (in 1894 working man not men and women) contribution to the common good.

There is a good reason that a Monday in September was chosen.  For in many European countries the day to celebrate the worker was May 1st "May Day".

Not so in the U.S.A. because May Day was considered to be a Socialist Day, and as every loyal and patriotic American knows socialism is bad, bad, BAD. tib

Americans who haven't a clue about democratic socialism as opposed to autocratic communism recoil with shock, horror and fear at the very words "socialism", or "socialistic".

The easiest way to shut down any conversation about the common weal, (or common good) is to say "but that's socialistic".  Case made?  NAH!

So we are stuck with Labor Day as a Federal Holiday with next to no meaning. ,  This means that banks. and libraries, together with city/county/state/federal holidays will be closed (no mail tomorrow).

But the working stiffs whose contributions are essential to the American common weal will still be expected to report for work.  go figure.

There will be no parades to honour them. 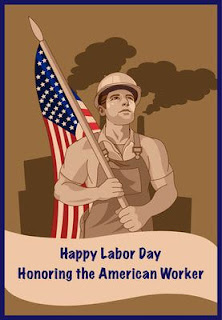 Posted by J. Michael Povey at Sunday, September 03, 2017 No comments: Links to this post