Having never been the greatest of animal lovers, I now find myself to be devoted to three pets.

Adelaide and Ada, the cats, made their home with me just under a year ago. They are simply gorgeous, and I cannot imagine life without them.

Last Tuesday I adopted “Penny” a seven year old mutt. She had been left at the Humane Society Shelter.

Penny and I have bonded in a most marvellous way. Wherever I am in my small home, Penny decides that she must be as near to me as possible. I like that!

She loves to walk, and to ride in my car.

I left her alone for about three hours today. When I returned home she greeted me with a wild excitement. Of course that made me happy.

And the cats have been more solicitous than ever for my company since Penny arrived.

I know that I am an animal, as are Ada, Adelaide and Penny.

Yet we seem to be animals that “need” each other. Somewhere in the process of evolution (yes Darwin was right!), many animals have develo…
Post a comment
Read more

I fell asleep last night and forgot to post this.

Fundamentalists claim to be “Bible believing”.


There are two Fundamentalist/Evangelical Churches in my neighbourhood. Their buildings are no more than 500 yards apart.


Each of these Churches have (today) billboards which advertise classes/seminars on Financial Security.

Do not these “Bible believing” Churches agree with the following words from Holy Writ?

6:24 "No one can serve two masters; for a slave will either hate the one and love the other, or be devoted to the one and despise the other. You cannot serve God and wealth.

6:26 Look at the birds of the air; they neither sow nor reap nor gather into barns, and yet your heavenly Father feeds them. Are you not of more value than they?

6:27 And can any of you by worrying add a single hour to y…
Post a comment
Read more 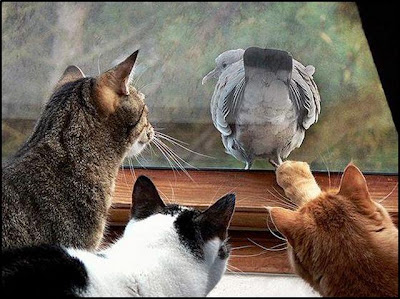 Being a member of the Labour Party in England, and a determined Democrat in these
United States, is almost a part of my DNA.

I am decidedly left of centre.

So it pains me to see that the British Labour party has forgotten, or chosen to depart from its historical mission.

And I am so disappointed with the policies regarding the economy of President Barack Obama.

“Change” and “Yes we can” seem to have evaporated overnight.

The world economy is in deep doo-doo, but Premier Brown and President Obama seem bereft of any ideas other than those of the failed Keynsian or Reaganite orthodoxies.

In both countries, interest rates are at an all time low - in order- we are told – to stimulate credit, i.e. spending.

Can we spend ourselves out of this crisis?

Maybe we should increase interest rates so that citizens will save, and use those savings to alleviate the liquidity problem.

Certainly I believe that saving makes far more sense for national economies than spending (on credit).

March 25, 2009
Penny is settling in far quicker than anyone could imagine. She is a very placid and gentle dog.

She likes to walk, so now I will be taking three shorter walks each day rather than my one long walk.

She also loves to ride in the car. When we leave the house she goes directly to my car, hoping for a ride.

And, thank goodness, she neither jumps up on humans, nor does she try to lick their faces.

I’d thought that she did not bark, but she did tonight. I had friends here for dinner tonight and they knocked on the door, and then walked in. Penny greeted them with many hurrahs of barking, but quit just as soon as I told her that all was well.

My dear cats, Ada and Adelaide are reacting very well to this stranger in their midst. I tried to keep the dog and the cats separated for two days (as the Humane Society recommended), but that proved impossible as the cats were determined to investigate.

Ada, the shyer of the two cats, has throughout the day been so friendly towards Penny, with much sn…
Post a comment
Read more 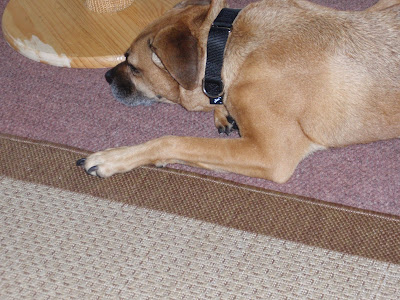 I gave in to my whim today and went to the Sarasota Humane Society. There I adopted "Penny" a 7 year old Terrier mix. She is the most social and friendly dog, and has already had friendly encounters with four of the neighbourhood dogs. Within the house she loves to be near to me, and would be tres affectionate with Ada and Adelaide my cats, if only they would consent. That will happen within a day or two. I used to be quite indifferent about pet animals - now I have three. Maybe there is a friendly goldfish on my horizon!

On the strange side

March 23, 2009
1.I knew a couple, Bert and Edna Air, (both now deceased) who spread marmalade on all their hot and cooked meats - ham, lamb, chicken, beef or pork. They thought that it was the most wonderful thing.

I had dinner at their home one day - and I begged to differ.

2. When I walk each morning, I have to walk in a clock wise direction to and from my home. I feel very uncomfortable if I have to walk anti-clockwise.

3. Overheard in a store today when two female friends (strangers to me) encountered one another:

Friend One: “Wasn’t that a wonderful show last night”

Friend Two: It gets better every year.

Friend One: “He was wearing the most beautiful gown. He says that he has other gowns stored away”.

Friend Two: “Yes, and he is very handsome”

Silence from the (presumed) husbands of these women.

On Saturday 21st I took off early afternoon to be present at the funeral for the Revd. R. Bruce Ryan, a retired Priest who hung out at St. David’s, Englewood, FL (where I used to assist).

Bruce died at aged 80. He was very conservative in his theology. He and I would have disagreed on so many Church “issues” - but for the fact that Bruce had the most generous of hearts.

I left St. David’s and headed down to Fort Myers FL where I was “supply Priest” for the weekend at St. Hilary’s Church.

En route I was dazzled (and almost drove off the road) as I witnessed the performance of the U.S. Navy “Blue Angels” who were part of the Port Charlotte, FL Air Show.

These pilots are the tops. They are based in Pensacola, FL - the retirement home town of my good friends Barbara and Don Hauler.

We all know that our Christian faith sprang out of a much older faith, the one we call Judaism. Sometimes we forget that Jesus was never a Christian, but that he was Jewish to the core.

What we now call Judaism in turn sprang out of the life and experience of an ancient near-eastern people, the Hebrew people. What we call the Old Testament is a written version and interpretaion of their lived history - a history in which a wandering clan became a people, and then a nation.

We imagine that the Hebrew people had always believed in but one G-d. That is not the case. Long before “Moses” we hear tales such as that of Rachel, who travels with her household gods.

Long after “Moses” we read such startling things as this (in Psalm 82) “G-d” take his place among the council of the gods”, suggesting that the Hebrew G-d was one of many.