The book has 43 chapters, 731 pages of text, 48 pages of footnotes, and 7 pages of bibliography.  It was given to me as a birthday gift last May by my wonderful SRQ friends Ron and Charlotte Thompson. 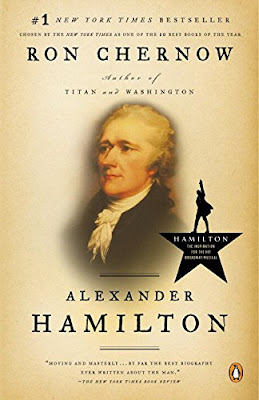 It is  a magnificent and comprehensive biography of a man who was arguably the most brilliant man of the Revolutionary War; as a soldier, as a lawyer, and as a scholar (with James Madison) of the meaning of the new United States Constitution  (c.f. "The Federalist Papers").

Hamilton was loved and respected by George Washington.

In the early days he was a friend and ally of John Adams (our second President, and of James Madison (our fourth).

Jefferson (our third President) and Hamilton were implacable foes from the get go.

Because Hamilton  wrote prolifically author Chernow has been able to write what may well be the definitive biography.

In all of his adult life Alexander Hamilton was sustained  by his wife, Eliza (Elizabeth) Schuyler Hamilton.

She loved, adored and supported him despite his tawdry affair with Mrs. Mariah Reynolds.

My American friends will know that Alexander Hamilton was killed in an avoidable duel  with former Vice-President Aaron Burr, at  a bluff on the New Jersey side of the Hudson River.

The duel  destroyed the aspirations and political hopes of Burr.

But it exalted the status of  Hamilton. His long funeral procession took two hours from its  beginning to the end at Trinity  Church, Wall St, New York.

Hamilton's remains, and those of Eliza are buried in the Trinity Church graveyard.

Thomas Jefferson  does not emerge well in Chernow's book.  He, Jefferson, comes forth as manipulative and cunning.

Nor does John Adams emerge well.   Nobody liked/likes Adams except for his wife Abigail (and Adams' modern  day biographer David McCullough).

I have next to no investment in Hamilton's life but I know that he was brilliant.

Agree with me or not, but do not pass judgment  until you have read all 43 chapters and 731 pages of Chernow's book.


And as you do so please note Ron Chernow's editorial comments:

Page 619 "he had a serious (?) (capacity? ) for the self inflicted wound, and was capable of marching off a cliff".

Posted by J. Michael Povey at Saturday, August 05, 2017 No comments: Links to this post

"The proof is in the pudding?" NO!

In the U.K. at one time "pudding" was an generic term for dessert, or afters  I think that this generic usage is dying out. 'though just a few years ago I encountered a British couple eating ice cream in a shady spot outside a restaurant in Vietnam. The woman said "we're having our pudding".

A wide array of very different foods are called pudding.


On Thursday last I was listening to a panel of pundits on the WAMU/NPR programme called IA ( a clever reference to the First Amendment to the American Constitution.

The wiseacres droned on and an as they opined on some political plan or other.  They wondered if it would work. With an air of assurance one of them said "Of course, the proof is in the pudding".

I wanted to stop my car and scream  (I exaggerate!).

No, no, the proof may be in the Whiskey, but it is not in the Pudding.  The panelist was misquoting this: The proof of the pudding is in the eating".

In other words, you do not know if the pudding is good until you eat it.

(Or you do not know if a plan is good until you try it out).

Here's hoping for some Steak and Kidney Pudding when I visit England later this year.

Posted by J. Michael Povey at Saturday, August 05, 2017 No comments: Links to this post 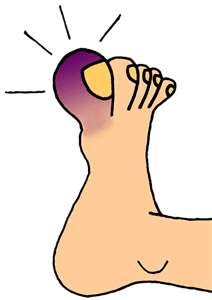 I use a local Podiatrist not because I have major foot problems, but because that my advanced age and fat belly I find it tiresome to cut my toe nails.

It's all very easy because Medicare pays for some of the cost, my supplemental health insurance picks up a few more dollars, and I am left with a modest fee,

So it was that I mailed a small cheque to cover my small balance on July 22nd.  The cheque did not get banked so with my deep seated fear of being in arrears with bills in mind I stopped by the office two days ago.  I wondered if my cheque had been lost in the mail.

Well no. It turned out that the Office had been closed for a week which meant that the staff were behind in posting payments,  My cheque had arrived safely.

I expressed my relief and ventured that I'd been worried lest the Doctor would  decide to amputate my foot (for non payment) at my next appointment.

The Book Keeper reassured me.  "Oh no", she said, "we would never do that".

She continued "we do it one toe at a time to prolong the pain"!

The 've contraction in  "I've", rather that "I have",   is very useful in the spoken word.  It flows off the tongue very easily, and sounds less firm than "I have".

"I've decided" sounds more negotiable that "I have decided".

've can be less than useful for U.K. folks when used with "would", "could", or "should" in speech.

This in doubtless the spoken "would've"  sounds a bit like "would of"..

(American speakers of English do not seem to use "would of"   for "would have".


Posted by J. Michael Povey at Thursday, August 03, 2017 No comments: Links to this post

The Mary House in Turkey, and lunch with a friend.

I had lunch today with one of my Church friends, Ann Albritton, a woman I respect and admire.  Ann teaches at Sarasota's storied Ringling College of Art and Design.

My lunch with Ann was at the Sunnyside Cafe on Sarasota's "North Trail". 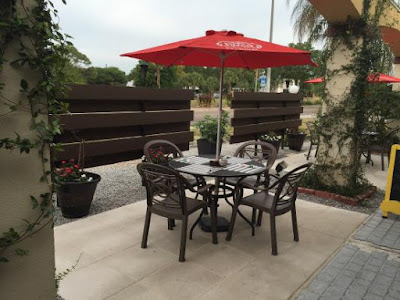 More about this later.

You can read about the Mary House here.

I was there in 1999 with my friend the Revd. Michael Vono.  As a fervent Protestant I am naturally sceptical about Marian apparitions and sites.

But at the Mary House (whether it is historically authentic or not)  I felt an overwhelming sense of awe.

Ann had the same feeling when she visited the Mary House.  With her usual wisdom she added "whether or not Mary the Mother of Jesus lived there doesn't matter. What matters is all the prayer which has been offered there".  Oh so good for you Ann!

Ann told me of her conversation with a religiously sceptical man ( a lapsed Roman Catholic) who was reduced to tears when he too had visited the Mary House.

Yes indeed Ann.  The sanctity of these places has everything to do with the prayer which has been offered.

This "low as a snake's belly Protestant"  (jmp) had the same experience when he visited the Shrine of St. Bernadette, in Lourdes, France. 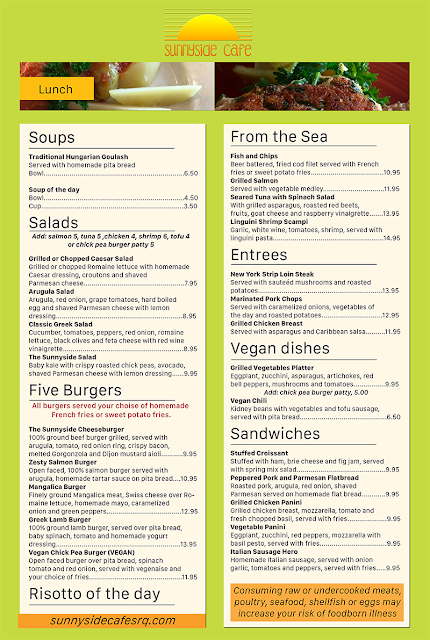 Ann had the Hungarian Goulash.  She gave me a taste and it was very good.

I opted for the Lamb Burger (I am partial to Lamb),  It was good, but a bit dry.  I should have requested a medium rare burger. My English friends and family will think this to be heresy. They and I grew up and enjoying lamb "well done".

That being said, it was an un-mitigated joy to be with Ann Albritton today. She is a fabulous woman.

P.S. The owner of the Sunnyside Cafe is Hungarian. Our waiter was Argentinian.  Ole for multi-ethnic America whatever D.J. Trump says.  He is wrong!
Posted by J. Michael Povey at Tuesday, August 01, 2017 1 comment: Links to this post

My beloved Penne - such sadness.

I dreamed last night that two former St. Stephen's, Pittsfield,MA parishioners showed up at my home.

They arrived in separate cars (in both cases a 1985 vintage Ford Taurus Estate Car).

Once in my home they ignored me and left me to work alone at my desk.

In due course I told them that they would have to leave. They did so without complaint.  As I escorted them to my front door Penne, my beloved former rescue rushed out of my house.

Penne and I walked down the street and greeted a woman who was walking a lovely black Labrador.

The woman complained about the noisy children in the home, but when I explained that they were not children but my "lady friends" Susan and Debbie she said "well that's O.K. then".

This was because I miss my Penne so much.  I've spent the whole day (rain, winds and all) thinking about her - a wonderful dog who brought me such joy. I've had teary eyes. 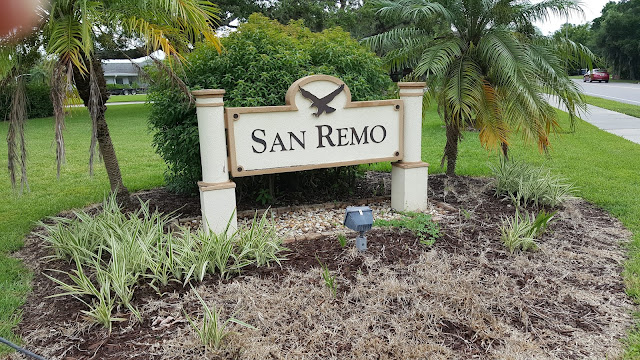 As reported in the Sarasota Observer.

In late June and early July, San Remo Estates residents reached out to city officials with an urgent message: The neighborhood is suffering from a crime epidemic.
Those residents had concerns about the response time to incidents in the past month, which included a stolen vehicle and two attempted break-ins. They called on city leaders to add officers to the Sarasota Police Department and asked for relief from what they described as a dire situation.
**** “Far from the idyllic life we envisioned, we are living in a state of alert one might experience in a war zone!” San Remo resident Ellen Foster wrote in an email.
San Remo Estates is a 67-home neighborhood on the water near the north Siesta Key bridge. So far this year, police have recorded seven property crimes in the neighborhood. That’s an increase over the two reported last year.
Sarasota Police Chief Bernadette DiPino says the community is relatively safe, but understands the significance of the concerns residents have expressed.
“If it’s your stuff that’s taken, you feel very serious about it,” DiPino said.


She said the crimes in San Remo have mostly been opportunistic. When someone’s car was stolen, the owner left the keys in the car. When thieves broke into other cars, the doors were unlocked.

****   I drove through San Remo this afternoon en route to Trader Joe's.  I didn't see any bullet holes, any bombed out homes, any burned out tanks.

I did see a couple of modest homes being transformed into McMansions.

Ellen Foster, I do not know you, but may I suggest that you should  try Fallujah, Homs, or Yemen for war zones.

Spoiled brats come in all ages.
Posted by J. Michael Povey at Sunday, July 30, 2017 No comments: Links to this post