Old and corny - with a grain of truth

Five surgeons from big cities are discussing who are the best patients to operate on.
The first surgeon, from Toronto, says, "I like to see accountants on my operating table because when you open them up, everything inside is numbered."
The second, from Montreal, responds, "Yeah, but you should try electricians! Everything inside them is color coded."
The third surgeon, from Saskatchewan, says, "No, I really think librarians are the best! Everything inside them is in alphabetical order."
The fourth surgeon, from Vancouver chimes in: "You know, I like construction workers. Those guys always understand when you have a few parts left over.”


But the fifth surgeon, from Ottawa, observes: “You're all wrong. Politicians are the easiest to operate on. There's no guts, no heart, no balls, no brains, and no spine... Plus, the head and the ass are interchangeable.”
Posted by J. Michael Povey at Saturday, October 10, 2015 No comments: Links to this post

The charm and oddity of the English language

via my friend Arthur L 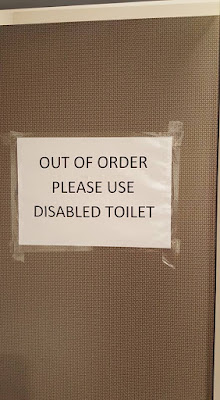 Posted by J. Michael Povey at Friday, October 09, 2015 No comments: Links to this post

The story came via my Facebook friend Mark D
Posted by J. Michael Povey at Thursday, October 08, 2015 No comments: Links to this post

They've had a splendid time, as have I.

Here is an overview of their last four days.

Jordan and Beth had hoped to have a night out on the town, but they were a wee bit concerned about getting to and from a Sarasota Club by Taxi or by Uber,

John Mullen, in town from Colorado to visit his Mom  (my dear Betty Mullen)  came to the rescue.

He is an accomplished musician in the Irish tradition.  He had a gig at an Irish Pub in Hyde Park, Tampa, and asked if the young people would care to join him.   They did, and had a wonderful evening.  They were in the care of a safe driver (thank you John M); they were driven across our beautiful  Sunshine Skyway Bridge; and they enjoyed the pub, the beer, the music, and the food at:

Jordan and Beth had gotten home at "Lord-only-knows-what- hour" from their Tampa treat.

I had an early Monday  morning appointment with my Dentist, but I had  expected to see them when I got back home.

Instead they had set their alarms for an early departure for Busch Gardens in Tampa, and had bolted from SRQ before I arrived home.

They had a super day at Busch.  They "loved" every minute.

They returned to my home at about 6:30 p.m., just in time for me to cook their dinner/tea/supper,   (Grilled Salmon with various "sides").

After breakfast; bacon, eggs, sausages, toast etc. (cooked by me).  Beth and Jordan packed their cases.

Then they "chilled" at our community pool for almost three hours (terrific relaxation on their penultimate day).

Come evening,  we went to Barnacle Bill's (on the Trail)  for a "last supper",  at which we were joined by my pals Ben and Bob.

(Ben, Bob, Beth and Jordan have enjoyed each other so much).

We  went to Alma's Kouzine for breakfast

This  was Jordan and Beth's third visit to Alma's Kouzine:  where the food is so good.

Alma herself  greeted my family members with joyful smiles. She (the Hostess) and her husband Bennie (the Chef) are immigrants from Albania:  -  immigrants  who enrich our lives. 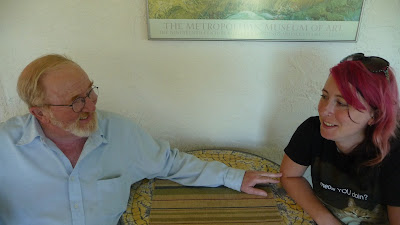 Jmp and Beth (an old uncle and his young niece).

Posted by J. Michael Povey at Wednesday, October 07, 2015 No comments: Links to this post

Penne's old babies were getting a wee bit tired and torn.

Aunt Beth and Uncle Jordan gave her a new one, as their farewell gift to Penne before they return to the U.K. later today.


Posted by J. Michael Povey at Wednesday, October 07, 2015 No comments: Links to this post

The perils of Povey and Penne (and some good stuff)

Last Wednesday I was driving west on Fruitville Road, between Beneva and Tuttle.  I was in the middle lane, the traffic was heavy, but it was moving well.

All  "out of the blue" the vehicles ahead of me ground to a halt.  I was within two yards of rear-ending the van in front of me.  I jammed on the brakes, and steered right, into the inside lane.

A sharp eyed driver in that lane saw what I was doing,  so he too jammed on his brakes, and also steered right,  into the bike lane.

No one was hurt; no one got angry; and what might have been multiple collisions were avoided.

But when I got to St. Boniface Church some twenty minutes later my heart was still all-a-flutter at what might have been.

In the late afternoon on Friday (2nd Oct) my guests Beth and Jordan and I set out for a walk around the pond with Penne.

Penne has often gotten excited at the sight and smell of a wee Maltese dog ("Walker"), but Walker's Mum (J) and I have steered the beasts clear of each other.

Last Friday when we encountered Walker I said to J, "I think that Penne likes Walker".  J replied "shall we try it?"

Alas - try it we did. Penne managed to slip her harness and totally flattened poor wee Walker (who cried pitifully).  I managed to pull Penne away.  An audibly  upset Walker returned to her Mum.

Beth  (who did work study with a Veterinarian) gave this scared Maltese a "once over", and saw no blood.

I was mortified, and filled with sorrowful apologies.

J was upset (of course), but she was also reasonable and rational.  "After all", she said, "I was the one who said 'shall we try it'"

I promised to call J on Saturday morning.  Instead of a 'phone call I stopped by her home with a bunch of flowers.  That gladdened her heart.

Later that morning she took Walker to the Vet., who identified two small puncture wounds, but no broken bones.

When J told me about this I asked "how much was the Vet's bill?"    She told me, and I said that I'd like to pay half.

J accepted my offer with gladness and good grace, I wrote her a check/cheque  on the spot.

Neighbours can be good neighbours when goodwill abounds.

I will miss them.

More than that, my  cats (Ada and Adelaide) , and my dog (Penne) will be devastated when their English "aunt and uncle"  (Beth and Jordan)  go back to the U.K.

Beth, Jordan, Adelaide, Ada and Penne have been indulging in a love-fest right under my nose.


On Saturday  Beth, Jordan and I went out to Sarasota's "Big Cat Preserve".

We had mixed feelings:

On the one hand we were glad that the Big Cats (Lions, Tigers, Ligers etc) had not been euthanised  after they had served their time in private ownership/ circuses/governmental agencies etc.

On the other hand we hated to see them  restricted  in very small cages. 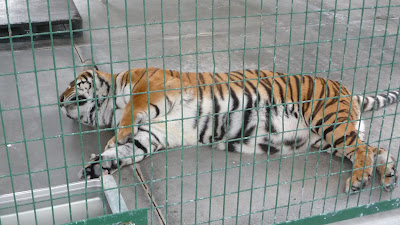 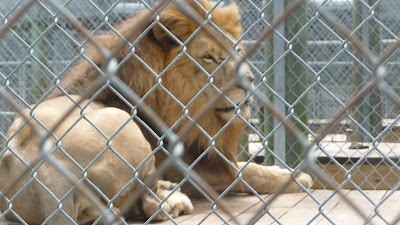 After our visit to the Big Cat Preserve I took Beth and Jordan to Total Wine, an essential stop for tourists.   J and B were "boggle eyed" at the range of beers, wines and spirits which Total Wine offers (all that, and great customer service too).

After a brief stop at my home for a cuppa, we took Penne in the car and drove to Sarasota's Bay Island Park for a lovely early evening walk.  The breeze coming off the Bay was delightfully refreshing. 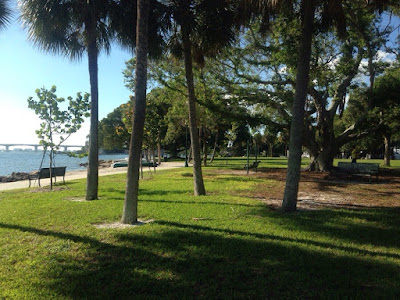