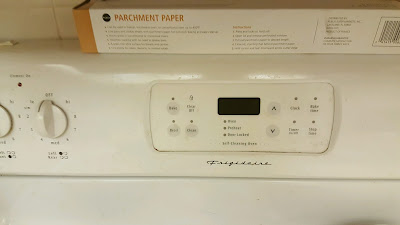 Despite the fact that  my oven/stove/ cooker (whatever you call it) has been out of service for a couple of weeks, I still look at it to check the time.

This is all very silly:

becauseI could  just as easily check the time on the gizmo which  abides on my kitchen window sill;  a machine which is connected to the Atomic Clock, and shows the current external and internal temperatures, phases of the moon; internal humidity etcand the current length  of Donald Tr-mp's nose.

Do not sit near me in Church tomorrow. 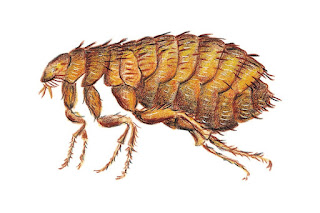 You will remember that I have been allowing Adelaide to go outside.  She yowled me into compliance after Ada left us.

It was a big mistake.  Adelaide did not come back in our home alone.  She transported unwanted guests; undocumented immigrants.

Adelaide gladly introduced some  (many)  of this immigrants  to Penne.
I have been de-fleaing my dog, my cat, and my home.
Luckily the only carpeted room is the guest bedroom entrance to which is banned for my pets.  Nor are the pets allowed to rest or sleep on any of the soft upholstered furniture.
Penne's bed had lots of small blood spots, as did an area rug on my Lanai ( one of those hard textured indoor/out door one)  on which the cats were allowed to scratch, and Penne loved to roll.
I decided that cleaning the rug and the bed (both well beaten-up and about nine years old) would not necessarily rid them of fleas, so they are on the way to the dump.
Penne will have to wait for a new bed until I am as sure as I have rid my house of t…
Post a comment
Read more

Les Skuse: who the heck is Les Skuse? 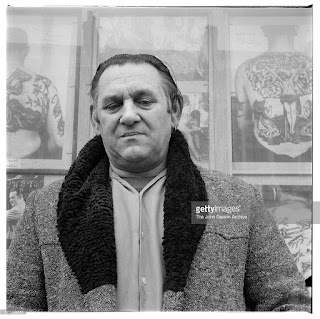 I am binging on the novels of John Irving. My current fix is on his 2005 novel "Until I find you".

( I sometimes think that Irving's novels have but one plot. but each with fascinating characters!).


"Until I find you". have to do with the four year old Jack Burns, and his mother Alice who is a Tattooist.

In an early chapter which is titled "Saved by the Littlest Soldier", John Irving writes "Nevertheless, Tattoo Ole's only comment was that the legendary Les Skuse in Bristol would have been envious of Jack's needlework".

This reference to Les Skuse jolted my memory. I had not thought about Skuse in ages. I had no reason to so do!  Then his name pops up in a novel  John Irving clearly does not skimp on his research.

Les Skuse is (was)  a real person. He had a Tattoo Parlour on Mina Rd in my home City of Bristol, long before getting tatts was popular.

His name and business were household words throughout Bristol.He was a nationally fa…
2 comments
Read more 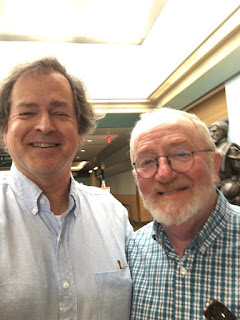 The Very Revd. Andrew B. McGowan is Dean and President at the Berkeley Divinity School at Yale.

He has been in my neck of the woods this week as the guest lecturer for the (Episcopal Church) Diocese of South West Florida's annual Clergy Conference.  His lectures were eloquent, clear, well focused, and at times very witty.

I would not have expected less.  For I know him better as my friend Andrew.

He was a parishioner and priest associate at St. James's, Cambridge, MA  when he taught at the Episcopal Divinity School and I was the Rector at St. James's.

Andrew and his family returned to Melbourne, AU where he took up the post of Warden at the University of Melbourne's Trinity College.  Some of you will remember that I visited Australia in 2011 and spent three or four days with Andrew and his clan.  **

Of course I got a bit "puffed up"  yesterday when Andy told the assembled clerics that I had been his Rector in Cambridge!

Perhaps I will be in deep trouble 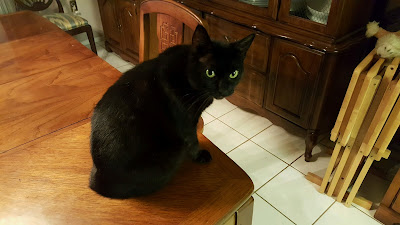 Ever since senior cat Ada left us last week

On the night of the so called presidential debates 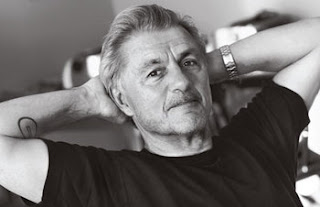 
“wherever the TV glows, there sits someone who isn't reading.”

Of course I am crazy for the novels of John Irving. 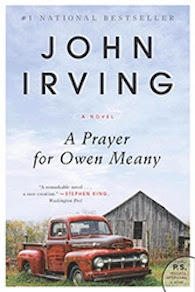 I suppose that I read  his novel "A Prayer for Owen Meany"  soon after it was published in 1989.  It blew my mind away, even though I did not entirely comprehend it.

The "denouement" ( if that is the right word) of the novel devastated me  ( I had missed the clues along the way).

I plan to read it again.

Later on I read "The Cider House Rules"


What a great book.  Irving is courageous and  deeply honest regarding the "taboo" subject of abortion. He goes where  venial politicians, pastors and moralists cannot go for fear that their unformed prejudices will be challenged, whilst women suffer.

This novel blew my mind away as had "A Prayer for Owen Meany".

It made me glad and sad.

GLAD that I am still amongst the living.

SAD that I have tried so hard to keep my soul pure that I have never been able to let my body enjoy sexual pleasure sans guilt.