Showing posts from November 8, 2015
Show All 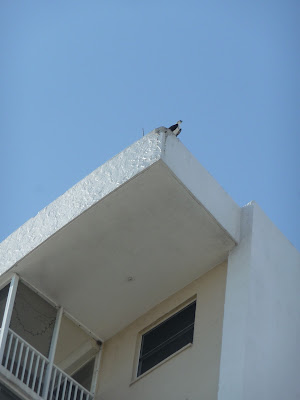 My family members (sisters Maureen and Jean, brother-in-laws Bernard and John) will return to the U.K. tomorrow.

Their time here has been simply wonderful.  It's been so much better than I expected, and it exceeded their expectations far beyond their hopes.

They have enjoyed SRQ to the full. They have a deeper understanding of why this has become my home.

We have enjoyed each other very, very much -   with some useful serious conversations; with an enormous amount of humour; and with fond and funny recollections of family memories.

(Maureen, Jean and I are part of a family with ten children, so we have many memories).

*Jack and Donna Chrisman were gracious hosts as we enjoyed a splendid dinner at their home. 'Twas such a sweet and joyful evening.

*Fred and Diana Emrich "treated" us to a lovely lunch at the Dry Dock on Longboat Key.  I arranged the seating so that the men were at one end of the table and the women at the other end.  This enabled two discrete lunch time…
Post a comment
Read more 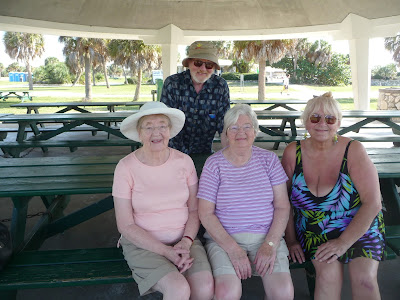 One of her brothers, Walter Charles FINCH, was the father of my first cousin Janet who visits south west Florida every year.'

Janet lives in Bristol U.K.  as do my sisters Maureen and Jean who are currently visiting me (with their husbands Bern and John respectively).

Of course, since Janet is a one of my first cousins, she is also first cousin to my sisters.

Although they live in the same City, they rarely see each other, the most recent time being in 2009 at a celebration of my 65th birthday in Bristol.

That was the case until today.   Janet traveled from her time share at Treasure Island, FL.

We traveled from SRQ.

We met at the wonderful Fort DeSoto County Park.  There we enjoyed a picnic lunch,

Janet, my brother-in-law John,  and I had a swim in the warm November waters of the Gulf of Mexico.

It tickles me pink that the first cousins Janet, Maureen and Jean got to see each other for the first time in six years, not in Brist…
Post a comment
Read more

History? Ben Carson needs to go back to school. 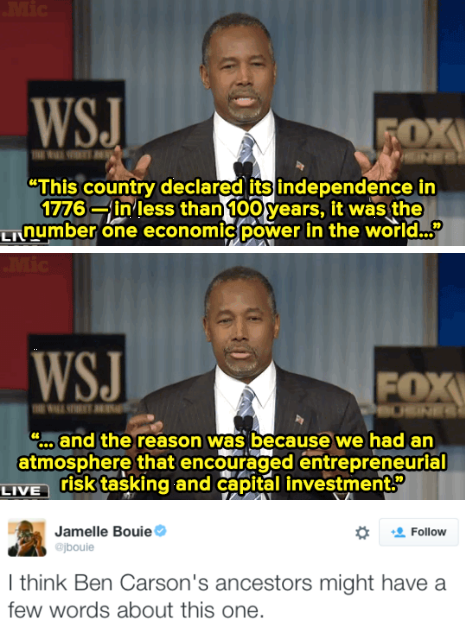 My 8th Nov Sermon (and our family SRQ day) 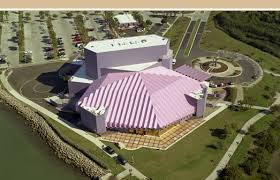 I was afforded the privilege of preaching at St. Boniface Church, Siesta Key, FL on Nov 8th.

That gave me especial joy 'cause my sisters Maureen and Jean and their husbands  (visiting from the U.K.)  were in the congregation.

The entire service is now available for viewing at:


or if that link does not work, go to:

FAMILY MEMBERS -  at the very beginning when the camera is focused on the Altar and the organ is playing,  you will see the rear view of the upper torsos of Bern (yellow shirt) and John (blue shirt).

FOR ALL The sermon itself begins at 20:04 minutes.

November 09, 2015
My sisters Maureen and Jean, with their husbands Bern and John went  to the Myakka River State Park this morning and took the air-boat ride.  They saw a score or so alligators, and  eagles, ospreys, and so many other gorgeous birds.

After a quiet afternoon they came to my home for dinner.  At first we chatted for a while about British Political History in our era.

Bern and I have good memories, so we led the talk about some of the currents in British political life before and during our lifetimes, e.g.

1. Why Churchill suffered a great political defeat in 1945 (Bern remembers that the women of Knowle West, Bristol chased  Churchill out  of their neighbourhood); 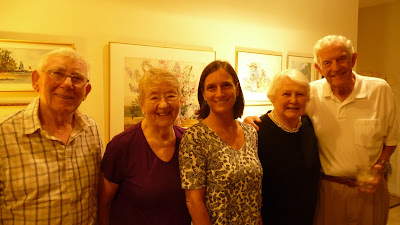 The Bristol folks came to St. Boniface Church this morning.  They received a warm welcome and they liked the service.

I was privileged to preach.   My sermon (video) will be on line in a day or two -  I'll ldt you know when it is posted.

This evening we had a lovely dinner with St. Boniface folks, Jack (the Revd) and Donna Chrisman, and Andi (the Revd) Taylor

Jack, Donna and Andi were in Bristol this summer, (Jack and DFonna for a family wedding, Andi on her sabbatical leave. and got to spend time then with my bro. Martyn, his wife Wendy, together with Maureen and Bernard.  So our dinner this evening was a Bristol reunion of sorts.