Why in the world did I move to Florida? (4)
There are three fully accredited four year colleges in Sarasota.
NEW COLLEGE was founded in 1961.  After an adventurous and perilous history it became the eleventh college in the State of Florida system in the early 2000’s.
It is a Liberal Arts College and is designated as the “Honours College for Florida” -  (its website never spells out what this means).  New College has an enrolment of 800 students.
THE UNIVERSITY OF SOUTH FLORIDA has 47,000 students on five campuses.  Three of those campuses are separately accredited; one of those three is USF Sarasota- Manatee, which boasts 4,200 students in any given year -  many of them being part-timers and commuters.
THE RINGLING COLLEGE OF ART AND DESIGN dates to the early 1930’s. The famous John Ringling was instrumental in its foundation.  Unlike New College and USF Sarasota-Manatee which are public institutions, Ringling is private.
It boasts 1,300 students.
New College and USF have cheek by jowl campuses on the northern fringe of Sarasota County, and on the southern fringe of Manatee County on the infamous Route 41 (or Tamiami Trail).
Ringling is also on the Tamiami Trail, about 2 miles south of New College, and two miles north of downtown.
And therein lays a problem.  Sarasota is a city filled with old timers such as I, or so it seems.  Yet on any given day there are upwards of five thousand students in these three colleges.
But you’d never know it, partly because these students are in more or less self-contained campuses away from the city centre.
You’d never know it chiefly because the leaders and politicians in the City of Sarasota and in Sarasota County are a dull lot.
Most of them are lacking in the “Department of Imagination and Vision”.
Posted by J. Michael Povey at Saturday, October 15, 2011 No comments: Links to this post

Labels: This and that.

Sarasota is not "all that", or Why in the world did I move to Florida? (3)

Why in the world did I move to Florida? (3)
Some of my friends are fond of saying that they do not live in Florida, but that they live in Sarasota.
To be sure, on my first visit to Sarasota it did not seem a bit like the Florida which I had disdained for years.  It didn’t feel as glitzy, frenetic or crowded as the megalopolis areas of Miami/Ft. Lauderdale, or Orlando, or Tampa/St. Pete.
There is a lot to be said for our city.  We have a lively cultural scene with opera, ballet, symphony and theatre all available (mostly in season), at reasonably affordable prices, and each within fairly easy driving distance.
We have some gorgeous beaches.  Sarasota has also done fairly well in providing public parks. We have a first class library system. There are two decent hospitals. We are over-served by physicians, surgeons and lawyers.
We also have some fairly good educational establishments (more about this tomorrow), and a "pretty good" daily newspaper.
The crime rate is very low. City and County taxes are too low.
But we also have a fairly smug attitude summed up in the “this is not Florida, it is Sarasota" attitude.
I often think that we are a bit high on ourselves. I believe that this smugness has led to a bit of in-attention to matters civic -  which is why we’ve all been all too surprised at some malfeasance, corruption, and systemic mismanagement at both City and County levels
For we also have some slowing declining blue collar neighbourhoods.  We have some fairly ugly formerly industrial buildings and brown-field sites.
We also have the typically American sprawl of retail establishments which line one of the major roads (Route 41) for mile after dreary mile.  We have more than our fair share of urban poverty.  We are still a largely racially segregated City.
Sarasota is “O.K.” in its own way, and I am glad that I moved here.
But it is still Florida!
Posted by J. Michael Povey at Friday, October 14, 2011 No comments: Links to this post

Labels: This and that.


In 1984, Rupert Murdoch, for whom Royko said he would never work, bought the Sun-Times. Royko commented that:


"no self-respecting fish would want to be wrapped in a


And with that Royko resigned from the Sun-Times.


I suggest that Mike Royko had more integrity in his little finger than former and current British Premiers  ( Blair [Labour] and Cameron [Conservative] ) have in their well fed paunches.

Why in the world did I move to Florida?
Humans with fair skin, red hair, and blue eyes (that’s me) are particularly vulnerable to “Actinic Keratoses” - (rough edged, dry, scaly patches on the skin).  Actinic Keratoses”  are the most common precursor in the development of skin cancer.
Back in Massachusetts I would see a Dermatologist about once a year. Upon moving to Florida I upped this frequency to twice a year, and after nearly five and a half years in the sun, I now get checked out three times a year.
How foolish I was to move here!  Folks with my genetic heritage should live in Sweden or Norway ... now there’s a thought!
When I saw my Dermatologist last Monday my face and neck were fairly well beaten up.  Come to think of it, this probably happened because I was involved in a lot of out of doors activities when my brother and nephew visited in late May/early June.
But don’t blame them.  I was the one who was careless about covering up and using sun screen.
So now I am lined up for “Photodynamic Blue Light Therapy” -  the latest and reputed most efficacious treatment.  Next Wednesday I’ll trek to my Doctor’s office where the damaged places on my face and neck will be dabbed with a medication called Levulan.  There’ll then be a break of between one and three hours -  the estimated time it takes for the damaged cells to absorb the solution.
Next -  (and the precision here cracks me up) I will sit under a blue-light machine for exactly sixteen minutes and forty seconds.  (How did they figure that time out).
Treatment over I’ll be allowed to drive home (wearing a broad brimmed hat and a scarf) -  but then I cannot go outside, sit by a window or sit under bright indoor lighting for the next 48 hours.
That’ll be test of my resolve.
Penne will go to her dog sitter for those two days  (shush – don’t breath a word -  I haven’t told her about this!), whilst I lay low.
I am to preach on the following Sunday, so I’ll have plenty of home time for sermon prep.
Posted by J. Michael Povey at Wednesday, October 12, 2011 No comments: Links to this post

Labels: This and that: Tongue in cheek

Why in the world did I move to Florida?  It’s a regressive State.
Our primitively minded Governor has now declared war on liberal arts education.
He believes that the only college or university degrees which should be supported by the taxpayer’s monies are those which lead to jobs or to entrepreneurship.
This small minded man has no appreciation of the quality of life. He needs to understand that the good life is not all about jobs.
Essential to that good life is art, music, theatre, poetry, literature, philosophy, historical awareness, dance, and environmental concern (to name but a few of the “essentials”).
I am all in favour of jobs and of entrepreneurship.  But God save us from Governor Rick “Tiny Mind” Scott who seems to think that the sole purpose of education is to produce drones.
There are many good reasons why I moved to Florida.  I like my adopted State.
But I refuse to accept the Scott doctrine which equates education with vocation.
Posted by J. Michael Povey at Tuesday, October 11, 2011 2 comments: Links to this post

Today: out and about in the neighbourhood again

Posted by J. Michael Povey at Monday, October 10, 2011 No comments: Links to this post

1st of 2 for today: Out and about in the neighbourhood today (1) 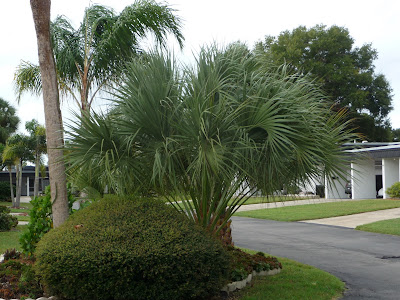 Posted by J. Michael Povey at Sunday, October 09, 2011 No comments: Links to this post

2nd of 2 for today: Out and about in the neighbourhood today (2)

Posted by J. Michael Povey at Sunday, October 09, 2011 No comments: Links to this post