May 31, 2008
We hear so much about the failure of marriage, and of marriages. But it’s not the whole story.

My cousin-by-marriage Kippy, and her husband Marty will celebrate their 50th this year.

So will my dear friends Don and Barbara Hauler.


50 years of marriage! These couples got wed when I was 14 years old, and my favourite brother Martyn was but 4. Next year he and his beloved Wendy will celebrate their 30th.


Back in Pittsfield I greatly admired Ralph and Marjorie Zupanec. They had been married for 62+ years when Marjorie died. And I’d get quite misty eyed when they walked to Church, still holding hands after all those years.

Three of the gay/lesbian couples I know here in SRQ have been together for 50+ years.


Let’s hear it for commitment and fidelity. Those virtues (in the broadest possible sense) make Churches, Communities, and Nations strong.
Post a comment
Read more

May 30, 2008
Yesterday, Thursday May 29th I was at the home of Ron and Charlotte Thompson in south Sarasota for another celebration of my birthday. Wowee!

Ron and Charlotte are new friends, I met them two years ago via an introduction from my St. James’s, Cambridge Secretary and friend, Judy Beers.

They asked me to bring Ben which I was glad to do, and they were cool when I asked if I could also bring my neighbour Dave.

What a wonderful evening. We enjoyed good food - very good food - and we talked and laughed until we were silly.

Just a few minutes ago today (Friday May 30th), I stepped out to enjoy the lovely evening warmth.

There was Syd. She is a neighbour, and an utter inspiration. She has A.L.S. (Lou Gehrig’s disease), and “should be dead by now”. She comes out in her electric wheelchair, with her dog “Sparky”, and to see her is to glimpse hope. To talk with her is to see hope incarnate.

May 29, 2008
We are in deep trouble in the United States. The extremists of the right who have called the shots under the Village Idiot from Texas, are bringing us to our knees in the name of neo-con ideology.

The Constitution has been shredded; we are loathed and scorned throughout the world; Islamaphobia rules our foreign policy and the recession is not imaginary - it is real.

Today, I called the Landscaper who takes care of the Glen Oaks Condominium Association properties, to ask that his firm would pull out the roots of some old shrubs which I am replacing.

Before I could get to that, he began his tale of woe. He is about to lose his home and his life savings because of a business opportunity which has gone sour. He was crying on the ‘phone.

I have a neighbour who is a Realtor. Life is tough and grim for him, and he is earning next to no money. He is hanging in there in hope, but is happy if I purchase a few extra groceries and take them to his home.

May 28, 2008
Click on the title above (Clinton and Obama) to read an article
from Sister Joan Chittister (in the National Catholic Reporter Cafe)

This and that again 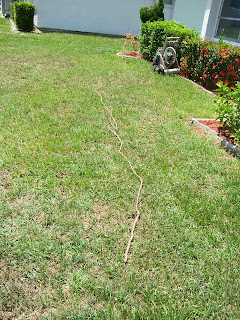 I often fly our national flag outside my home. It’s a good flag, and I refuse to allow it to be seen as the possession of the Repuglican Right.

Memorial Day, yesterday, was a good day to hang out the flag. My good neighbour Betty stopped me today. She said how much she had appreciated seeing the flag, for as she explained, one of her sons was a 27 year Army Veteran who died just six months after retiring from the U.S. Army. She has a “hard time” on Memorial Day, and was heartened when she saw the flag outside my home.

This morning was beautifully cool, so after my walk I did some raking of the bare patches in the grass at the back of my house, getting the dirt ready to scatter some grass seed. I began to tug on a root, and it went on and on and on. It came out quite easily, being buried no more than 3” under the grass.

My pal Don Novak has his birthday on May 28th, so we had a joint celebration with friends Ben Morse and Jerry Koenke tonight. We ate at the “Lazy Lobster”. It’s …
Post a comment
Read more 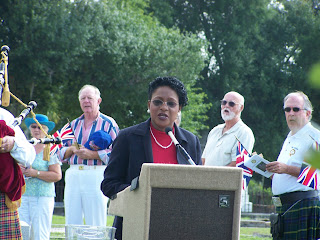 But most likely it is from Civil War General W.T. Sherman. The following is attributed to a speech he gave to the Michigan Military Academy.


I’ve been where you are now and I know just how you feel. It’s entirely natural that there should beat in the breast of every one of you a hope and desire that some day you can use the skill you have acquired here.


Suppress it! You don’t know the horrible aspects of war. I’ve been through two wars and I know. I’ve seen cities and homes in ashes. I’ve seen thousands of men lying on the ground, their dead faces looking up at the skies. I tell you, war is Hell!


Sherman is not a hero in the South. His “march through Georgia” etc was cruel and mean. But he knew of what he spoke “War is Hell”.


Out of the American Civil War/War between the States, came Decoration Day - a day in which the survivors of the Confederacy and of the Union united by honouring …
2 comments
Read more

May 25, 2008
When I get older losing my hair
Many years from now
Will you still be sending me a valentine
Birthday greetings, bottle of wine?
If I'd been out till quarter to three
Would you lock the door?
Will you still need me, will you still feed me
When I'm sixty-four?

I could be handy, mending a fuse
When your lights have gone
You can knit a sweater by the fireside
Sunday mornings go for a ride
Doing the garden, digging the weeds
Who could ask for more?
Will you still need me, will you still feed me
When I'm sixty-four?

Every summer we can rent a cottage in the Isle of Wight
If it's not too dear
We shall scrimp and save
Grandchildren on your knee
Vera, Chuck & Dave

Send me a postcard, drop me a line
Stating point of view
Indicate precisely what you mean to say
Yours sincerely, wasting away
Give me your answer, fill in a form
Mine for evermore
Will you still need me, will you still feed me
When I'm six…
Post a comment
Read more
More posts