The Mother of all Bristols.

So I retain a great affection for my native City, situated as it is in the south west of England, with its population of 433.080 ( in a metropolitan area of more than a million people).

It rarely snows in Bristol, thanks to the benevolent influence of the Gulf Stream.

It was enough to paralyze the city – buses and trains did not run, the airport was temporarily closed, and schools were closed.

There was a bright side.  This “blizzard” enabled  321,892  Bristolians (give or take a few hundred thousand)  to get out into the open air and take photo’s, for the sole purpose of posting said pictures on “Facebook”. (lol)

I jest too much!

Here are some cool pictures of  “Bristol-in-the-snow", January 2013.


Posted by J. Michael Povey at Friday, January 18, 2013 No comments: Links to this post

Anyone want a snow job? - panic all around.

The mass panic has begun, as Atlantans flee the city under the threat of a flake of snow. The connector is a sea of brake lights, and I'm quite sure that bread, milk and toilet paper are completely sold out of every supermarket in a 90 mile radius.

(Seriously, how did I EVER survive when I lived in MA and NY???) /sarcasm off). 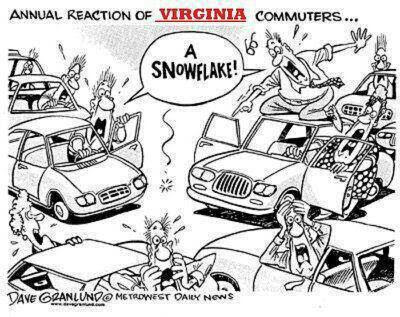 Posted by J. Michael Povey at Thursday, January 17, 2013 No comments: Links to this post

Sadness and anger re a mentally ill friend


I first met G.B. when he began to volunteer at Resurrection House, Sarasota’s Day Shelter for homeless people.

He is a very personable and extremely friendly “thirty something”.  I like him.

As I got to know G., I encountered his sadder side.  It became clear to me that he has a mental illness (of which he is vary aware).

“On his meds” G. has great charm, and the ability to function in our complicated society.

“Off his meds” he goes into very dark inner places, and his behaviours become utterly impulsive.

Once, when my friend J.T. was visiting from Phoenix, she, G. and I went out for lunch. In the midst of that lunch G. went in to a total “melt-down”.  His inner agony was palpable.

Thank goodness that J.T.  was there. She used all her professional skills (she is a trained and qualified counselor) and her emphatic skills to talk and love him back into equilibrium.

Later I helped G.B. to move into an apartment complex where his rent would be subsidized   I bought pots, pans, plates, dishes etc. I helped him to buy some second-hand furniture.   I took him to the supermarket and paid for the staple groceries he would need.

But this dear man was ill-equipped for independent living. He needed almost daily support from friends, acquaintances and mental health professionals.

In the end I had to sever my close ties with G.B. because when he was “down” his needs were insatiable, and he knew no boundaries.

I simply could not meet all his needs. I could not cope with six or seven phone calls each day.

I last saw him about a year ago.  I was on my way home from Church and had stopped at my local 7/11 store.  G.B. was in line behind me.  He recognised me, and we began to chat.

It turned out that he had been “inside” for six months, having been convicted for some offence regarding illegal drugs.


Earlier today I began to think about G.B. for the first time in a year (Lord knows why!).  I was wondering where he was and how he was doing.

My wondering was short-lived.  He called me at about 2:40 p.m., all excited about a new coffee product which he was selling.  This coffee is supposedly enhanced with all manner of “natural” products from South America: - natural products which will lead (they say) to weight loss and muscle toning.

G.B. invited me to attend a “party” at which the values of the product would be extolled.

I was able to refuse his invitation with gentle grace.

Then I checked the website of this “amazing coffee product”.

Why was I not surprised to discover that the website had little to say about coffee, and a lot to say about a great money making scheme.

The basic idea in NOT about selling coffee, it IS about signing up others to sell coffee!

My heart aches for G.B.  He has a good heart, and a commendable desire to do well.

It makes me both sad and angry that, due to his illness, he is a prime target for the “get rich quick” merchants of false promise and deceptive hope.

Posted by J. Michael Povey at Wednesday, January 16, 2013 No comments: Links to this post

The joys of being naughty.

What follows is not to be spread around the internet (lmao).

As I strode out Penne this morning I encountered two other folks who were ambling (rather than walking) with their two dogs.

Penne is skittish around other canines, so I moved away as far as was possible (about 20’) and waited for these other folks to pass.

The two walkers were deeply engaged in conversation/gossip/chit-chat, and were apparently oblivious to their surroundings.

Each of their dogs was on one of those spring loaded leashes which extend for about two miles (or maybe 20’).

The two dogs took advantage of their respective owner’s pre-occupation and “took off”; lunging at Penne.

“Why the hell”, I yelled , (yes I yelled, maybe I even screamed (!), “do you think that I am standing over here?  It’s to avoid your dogs.  Stop talking, and pay attention to your animals".

They looked nonplussed, said nothing, and continued their walks.

And I went on my merry way.

Then I started to laugh.

“How good”, I thought, “it is to have the occasional YELL!

Posted by J. Michael Povey at Tuesday, January 15, 2013 No comments: Links to this post


My home City is Bristol, U.K.  It’s a historic seaport about 120 miles due west of London, and it has been a prosperous seaport since at least A.D. 1373.

Such were the trading influences of Bristol that there are:

Two communities in Canada named Bristol, as well as one in Barbados, one in Costa Rica, one in Jamaica, and one in Peru.

There are thirty places in the U.S.A. named Bristol!

Two of the most fascinating are Bristol VA, and Bristol TN.

They are twin cities.  The main street is also the border line between the two States.

Thus, on one side of the street you are in Tennessee, and on the other side you are in Virginia.

Although these cities are geographically one, they are politically two, and have been so since 1856.

Posted by J. Michael Povey at Monday, January 14, 2013 No comments: Links to this post


This afternoon I finished reading the latest in Alexander McCall Smith’s “44 Scotland Street” series of novels.

It’s entitled “The Importance of being Seven”, and has to do with the various fictional characters who live in or around Scotland St, Edinburgh – especially the sweet boy Bertie Pollock (aged 6) who is dominated by his insufferable mother Irene Pollock, and longs to be seven years old, at which age he believes that he will be “free”.

The “44 Scotland Street” novels are rooted in a weekly column which McCall Smith writes for  “The Scotsman” newspaper (much as some of Charles Dickens’s novels originated in weekly episodes for the newspapers of his day”.

Alexander McCall Smith can be a wee bit preachy.

He seems to be a “small c “conservative, with a longing for the old days and ways.

But he can also be very perceptive and funny.

Here he is on the pious, circumspect, closed-mouth old-school  Edinburgian.

“There were various sorts of looks in Edinburgh, the best known and most widely used being the general Edinburgh look, which was best described as slightly discouraging.

It did not involve a narrowing of the eyes, rather it entailed keeping the eyes quite open, but sending forth a sort a sort of steely air of disapproval mixed with feigned surprise at what was being surveyed  - surprise, really, that the other person actually existed.”


Edinburgh or not, we all have encountered that same “look”.!

Posted by J. Michael Povey at Sunday, January 13, 2013 No comments: Links to this post