When Britain ruled the waves

Royal Navy Bases and Stations just before WW I

(This map includes the installations of the Royal Australian Navy, the Royal Canadian Navy, and the Royal Indian Navy).

Controlling the Trade Routes eh?
Posted by J. Michael Povey at Saturday, March 12, 2016 No comments: Links to this post


It was my joy to be with former Pittsfield MA parishioners Pat and Jack McLaughlin.  They now live in Wolfeborough N.H. (a dandy town!).

Jack and Pat visit LBK every year - we worked out today that this was a our ninth annual Sarasota/Manatee reunion.

We opted to eat indoors rather than wait in line for an outdoor table.

They were using their "backyard barbecue/three beers/horse-shoe playing" voices.  They were noisy.

They were very noisy.

After about five minutes of this when  "I could  hardly hear myself think" noise, I approached their table.

"Excuse me", I said, "could you please use your quiet voices".

One of them glared at me.  Four of them grinned at me.

One of the four said "of course".

A couple at another table smiled with appreciation at my intervention.

And the five  fifty something / sixty something men responded well, and used their "quiet voices"!

"Whoop-dee-do" for one of life's minor victories!

The ambiance is terrific  -  Mar Vista is a wee bit of unspoiled "old Florida". 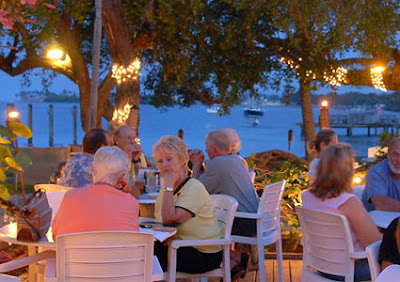 Posted by J. Michael Povey at Friday, March 11, 2016 No comments: Links to this post

Do you remember these names? I was thinking about them yesterday.

British ex-pats of my generation, British citizens of my generation (and younger), and friends fro  other lands who have lived in the U.K. will recall them as referring to the coastal areas around the United Kingdom  and the Republic of Ireland which feature in the BBC's "Shipping Forecast".

In my childhood and youth I would hear the Shipping Forecast": just about every day as it was broadcast on the BBC "Light Programme" (1500 m Long Wave).

The forecast itself had little interest for me, but "oh those names" were mesmerising.  They had   a magical effect on my mind.

Indeed they were giving me a geographical lesson about the waters which surround the United kingdom and the Republic of Ireland.

I suspect that my Dad, my older sister Maureen and I knew them by heart.

Lord only knows why these names emerged from my memory yesterday.

Posted by J. Michael Povey at Thursday, March 10, 2016 No comments: Links to this post

Delicious Dinner with the Dudes

I was there,  together with my regular pals Ben and Bob, plus Rick - a good neighbour and Church friend.

It was a feast fit for Kings (or perhaps this care for Queens).
John used this recipe for the main course

'Twas as good as, if not better than that which would be served in any of SRQ's finer restaurants.

And our Table Fellowship was grand. 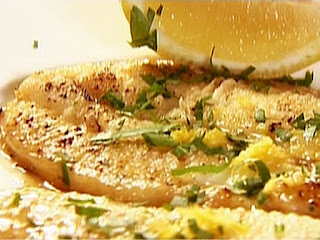 Psst! "Wanna" have a good time? Eat at Alma's Kouzine in SRQ (and some Fitchburg memories)

Alma's is  a neighborhood cafe on North Beneva Road  - a four minute drive or twelve minute walk from my home.

Alma's is run and owned  by husband and wife couple Alma and Benny.  They are from Albania. Like most immigrants they know the value of hard work.

It's just the place to be for superb breakfasts, wonderful lunches, and simple dinners.(BYOB - no corkage fee).

When my niece Beth and her boyfriend Jordan visited from England last October, Alma's became their favourite hang-out.

In the same vein my two older sisters and their husbands visited me (also from England) last November, they too thought that Alma's was the tops.

After one busy day I announced that I was too tired to cook, so we'd be eating "take out" from Alma's. I ordered three "Fish and Chip" take outs, knowing that there would be more than enough for five people  -  and the chips are superb!

Here is what our local newspaper had to say about Alma's in its regular "Cheap Eats" feature.

All that and more! 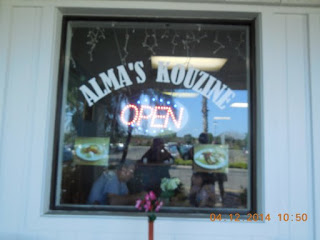 My Atlanta friends Steve and Rick were in town today.

If you read my blog often you will recall that I have known Steve since about 1976.  His mother Ruth C. and his grandmother Annie S. were two of the "bestest" parishioners when I served at the Church of the Good Shepherd in Fitchburg, MA.   My own Mum Evelyn was privileged to meet Ruth and Annie when she visited Fitchburg in 1976.

And in 1984 (?) I traveled from from Pittsfield MA to Fitchburg MA with my brother Martyn and his wife Wendy,  to have a Christmas Day lunch with Annie and Ruth.

(I have a good feeling that my youngest sister Ruth also met them on her visit Pittsfield).

BRISTOL FOLKS  Ruth C (aged 95)  is alive. She lives in Atlanta. She is happy, but sadly has some memory problems.

ANYWAY  back to Rick and Steve.

I was with them in Atlanta last November

see      http://jmichaelpovey-retiredpoveinsarasota.blogspot.in/2015/11/visiting-atlanta-again.html   and scroll down.

This week they have been visiting friends from Atlanta, Terry and Steve, who have a winter home in Weeki Wachee

To cut to the chase  (will he ever do so? you are saying!)   Rick, Steve, Terry, and the other Steve drove from Weeki Wachee drive to my home today.

After the obligatory "adoration of Penne, and the two cats" we went out for lunch.

Then we had a simply splendid time, with great food, some excellent BYOB wine,  fabulous and funny conversation, sharing memories of Fitchburg and Atlanta, and getting better acquainted

Alma noted with a smile that I often bring my friends to her Kouzine. (Damn - I've given it away!).

It was lovely to see Steve and Rick again, and to meet Terry and the other Steve for the first time.

I impressed upon them that I am a Holy Man of God.  They remain unconvinced about that!

Posted by J. Michael Povey at Tuesday, March 08, 2016 No comments: Links to this post

I was in the Raleigh/Durham area recently.  There I rented a car for three days.

I used one of those photographic toll booths for a 75c road toll.'

Yesterday I received a bill from Dollar Rent a Car for the toll.

Posted by J. Michael Povey at Tuesday, March 08, 2016 No comments: Links to this post

Dreaming about my Dad (and other family members) nearly 42 years on.

Last night I dreamed that I was with various family members and other friends alongside a wide river.

In my dream I thought that we were alongside the Solway Firth (the western border between Scotland and England), but my brother Martyn told me that we were on the banks of the River Tyne (not far from the eastern Anglo-Scottish border). 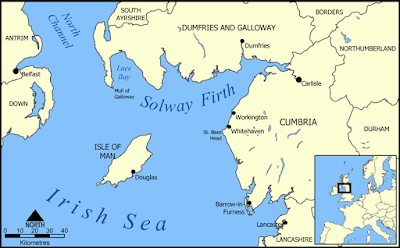 I saw a Whale as it surfaced (but no-one else saw it).

I saw  low flying plane, about to land at Newcastle's Airport.

I saw three sky-divers.  They were setting off fireworks and flares as they descended to the ground.

WE - (by this time including my niece Anne) wandered into town.  We observed many old and gorgeous Victorian Churches, Civic Buildings and Homes.  Some were in terrible disrepair, others were as gorgeous as when they were built by those marvelous Victorian architects and builders.

WE entered a crowded room.  There I joined in a vivid and lively conversation with some of Anne's Church friends (I have never met them in real life!).

NEXT  I was in a car -  going ":somewhere" . My oldest sister Maureen explained that our Mum was,not with us 'cause she hated the smell of tobacco smoke.  (That was true in real life)..

THEN (by this time we were out of the car), I saw my Dad,  He was looking young and very healthy.

I rejoiced that my Dad was alive in my dreams all these years after his death.
Posted by J. Michael Povey at Sunday, March 06, 2016 No comments: Links to this post