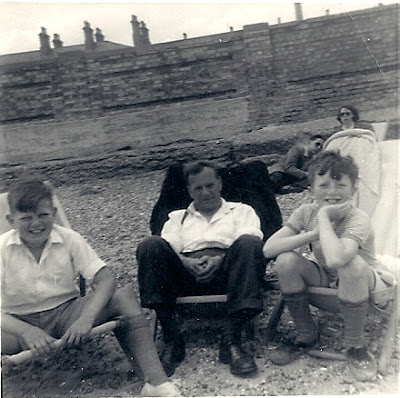 My long time (of  63 years) friend Jeff Davies has been digging into his old photo' stash and sending me pics of "when we were young".

It so happened that both our mothers were from Lowestoft, Suffolk on the east coast of England, some 240 miles from Bristol.

So Jeff and I grew up with an enormous fondness for Lowestoft.

The 240 mile journey, by coach (long distance 'bus) from Bristol to Lowestoft via London took at least 12 hours.

I can still remember arriving at the coach depot in Lowestoft where we were greeted by my Great Aunt Ada (Mum's aunt) and her husband Uncle Jim, and then walking up to their little urban cottage on Gun Lane. It was such a huge adventure. 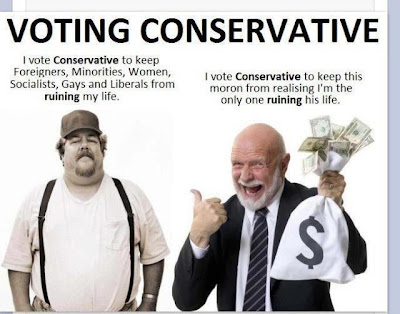 This is the most recent edition of the newsletter from the parish I attend, St. Boniface Church in Sarasota.
I am delighted to tell you that the photo' of the Church is one that I took last year when I had a helicopter joyride out of our local airport, with my nephew Sam and his buddy Toby. They were visiting me from Bristol, U.K.
My brother Martyn was also visiting me (Sam is his son), but he was visiting our friends Joe and Dee up in Massachusetts when we enjoyed our chopper ride,


In This IssueThis SundayGiving TreeOutreach SurveyChurch on the Beach
Saint Boniface PreschoolSeptember 3
begins our 31st year of school!  We welcome children ages 1-5, offer 2, 3, and 5 day programs, and before and aftercare.  Contact Preschool Director, Sarah Schebel, for information and registration byemail or call (941)349-5616 x330
Youth NewsIf you would like to receive Youth Group information (and are not already), pleaseemail Youth and Families Director, Alex Everson or call  (941)349-5616 x311Sai…
Post a comment
Location: Siesta Key, FL, USA
Read more

On this day in 2000 I began to serve as Rector of St. James's Parish, Cambridge, MA.
Post a comment
Location: Massachusetts
Read more

For reasons I cannot explain,  this headline from the free "flyer" which arrived in my mailbox today made me grin.

Indeed I do not wish my home to be messy and untidy.

But I do not wish for it to be "totally organized".  That would be so boring.

The ad reminded me of a prayer from the Episcopal Church Book of Common Prayer which asks that God would "strengthen us in all goodness".

My thought as I pray this prayer is that "I'd like to be strengthened in a wee bit of goodness, but certainly not inall goodness".

August 12, 2013
I did not need to use my horseless carriage/motor car/automobile today.

I did not need to shop.

I did not need to go anywhere.

The "big ole beast" enjoyed a day off, resting in the car port.

My "neighbour with all the problems" fell down today. She could not get up.

She called the Visiting Nurses office to report her plight.

Someone in that office called 911 to get some EMT's to her home.

A staff person in  that office also called me, in the (vain) hope that I held a key to her home.  I did not.

The EMT's arrived but were unable to open my neighbour's front door.

So I contacted our Condo. Assoc. Office,  from which our (very part time) administrator drove up with a key, to enable egress for the EMT's.

If she had not been at work I would have had to track down one of the Condo. Assoc Board members to get a spare key from …
2 comments
Location: Sarasota, FL, USA
Read more

August 11, 2013
Today I made a simple, hearty and nutritious meal for lunch

1. A carton of their tasty Black Bean Soup

2. A can of their "Black Beans - Cuban Style" - to give the Black Bean soup a bit of body.

I heat these ingredients in advance and find that they are sufficient for three meals (on three consecutive days for me, as I live alone). I eat one portion and save the others for the next two days.

3. On  each day I also cook a handful of egg noodles and mix them in with the enriched soup.

Such a simple and hearty lunch. Goes down well with a bit of Ciabatta bread.

Total cost is no more than $5 - a bargain for three lunches!

This simple meal can also be made from products from stores other than Trader Joes.

Those of us who live in a Trader Joes market area are just about members of a food cult.  We are great admirers of their products - 'though labels should …
Post a comment
Location: S.W. Florida
Read more
More posts