More whimsy (to amuse you).

(More about this book later in the week, or after Christmas Day).

"The Duke of Portland was one of the richest coal owners in England..  In the 1860's , when construction first began. a miner working at one of his collieries earned around 50 pounds a year..  The Duke's annual income was in the region of 108,000 pounds.  Whimsy, not wages, drove him to burrow underground; an eccentric and a recluse, he could not bear to be seen,

The Duke spent his life wandering his estate at Welbeck. Tenants,labourers and servants were forbidden to speak to him, or even to acknowledge his presence.. If they chanced upon the Duke. their instructions were to pass him by 'as they would a tree'.  The man who dared to touch is hat would be instantly dismissed.  The temptation to stare must have been strong.  Winter or summer, the Duke dressed in the same pecu…
Post a comment
Read more

December 18, 2015
The other day I viewed a You Tube video of the the Basque song "Gabriel's Message" which (in English)  begins with the words "The Angel Gabriel from Heaven Came".

It's a sweet enough song,  even though it portrays Mary as a docile woman  (that she wasn't!) .

The refrain (at the end of each verse) is "Most Highly Favoured Lady: Gloria"

But one person who had viewed this Video made a comment.  He/she  was not familiar with the biblical story,

So, she/ he did not "hear"  "Most Highly Favoured Lady: Gloria"

Instead that You Tube viewer thought that the words were"Most Highly Flavoured Gravy: Gloria ".

He is a gentle man with "special needs".

I thanked him for bagging my groceries.

He replied "It's my pleasure".

I grinned from ear to ear because I knew that he meant what he said.  It was indeed his pleasure to bag my purchases.

I was at the Sarasota Office of the "Triple A"  (American Automobile Association) the other day, to purchase some Great Britain Pounds.

I was attended to by a genial and pleasant "Anglo" employee.

To my right an Italian speaking AAA employee was engaged in a lively conversation with an Italian customer.

Their conversation was music to my ears.

I had a vague understanding of what they were saying, but that was not the main point,

Use your minds friends! (There is no "war on Christmas". and no-one has been banned from saying "Merry Christmas".) 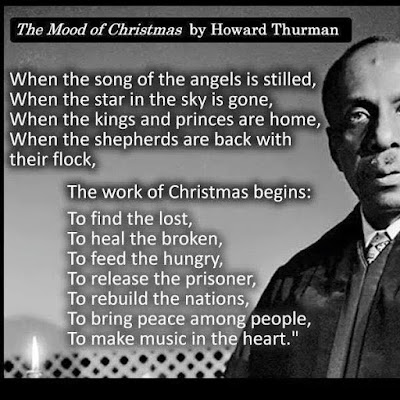 It's the most crazy time of the year.
Once again certain segments in the "market place of ideas" are asserting that there is a "war on Christmas".

I beg to differ and ask you to bear the following in  mind:-

In short, if there was a war on Christmas, it would be a war against capitalism and free enterprise!

In these United State NOT ONE CHRISTIAN has been banned or barred from the free expression of her or his faith at Christmas-tide.    Every Christian in America is utterly free to attend the Church of his/her faith to celebrate the birth of Jesus.

Great story about a Conservative Christian

(RNS) Time magazine’s 2015 “Person of the Year” is a self-identified conservative Christian, but not one of the many running for president of the United States. While the dynamics of faith and politics are different in Europe, German leader Angela Merkel is an example of a conservative Christian living out her faith in the public square quite differently than we see in the U.S. Time, which calls her “Chancellor of the Free World,”  characterizes her strong leadership of economic and political crises in Europe as “no flair, no flourishes, no charisma, just a survivor’s sharp sense of power and a scientist’s devotion to data.” She may be a quantum chemist, but she’s also an Evangelical Lutheran preacher’s kid with an unwavering faith.
The chancellor has described her personal faith in several interviews. “The structure of the world relating to beli…
Post a comment
Read more 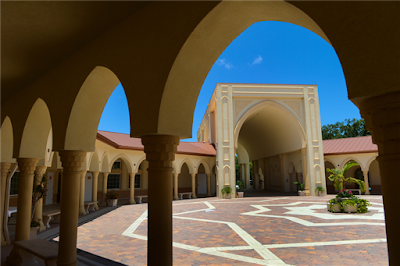 Yesterday (Saturday 12th November 2015) together with Susan Rife (a friend from St. Boniface Church) and her husband Steve Kreidler (a Greek Orthodox Christian, and a good friend to St. Boniface) I attended the Second Annual International Food and Crafts Festival at the Islamic Society of Sarasota/Bradenton,

First, I am happy to say that there was a huge turnout at the event.  Sarasota and Manatee County residents turned out in full force.

Second, I rejoiced in this event: a time for learning, trusting, and praying.

Members of the Islamic Society of Sarasota/Bradenton were second to none in their gracious hospitality.  If my vibes were accurate, most of us felt immediately at home.

Some were there to ask questions about Islam.

Many of us were there to show solidarity with the American Muslim community which is under great siege, especially following the dangerous and divisive rhetoric of Mr. Donald Trump.

The Christian New Testament says that "there is no fear in love, for perfect…
Post a comment
Read more
More posts