It's the last can, cos I have decided to forswear Tuna.

It's great and tasty fish, whether served from a can or grilled from a Tuna steak. The canned variety is cheap.

But humankind has ridden the oceans of 90% of their Tuna populations.  The 10% which are left are a shaky breeding stock.

We humans seem determined to eat whatever we can take from the oceans, thus denuding populations and reducing breeding stocks to an impossibly low level.

So I'll eat no more Tuna.

My decision will have no effect on the decline of Tuna.  Yet...

My friend Betsy is visiting.

February 19, 2010
“Oh, the comfort, the inexpressible comfort of
feeling safe with a person, having neither to weigh thoughts, nor measure words,  but pour them all out, just as they are, chaff and grain together; knowing that a faithful hand will take and sift them,
keep what is worth keeping,  and then with the breath of kindness blow the rest away.”
(Attributed to George Elliott) 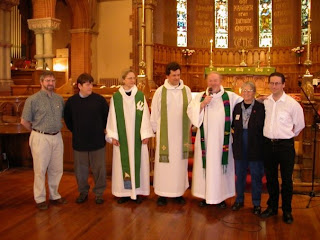 For a brief period when I was Rector at St. James's, Cambridge, MA there were six assisting priests. They each had "day jobs", and were not salaried by St. James's.

Here they are from left to right.


The Revd. Dr Ian Douglas,then a Professor at Episcopal Divinity School, and soon to be Bishop of Connecticut.

The Revd. Christine Marie. Then a student at Episcopal Divinity School (whilst her husband was studying at the Harvard Kennedy School of Government). We've lost touch.

The Revd. Dr. Andrew McGowan, then a Professor at Episcopal Divinity School, now the head honcho at Trinity College, University of Melbourne, Australia.

The Revd. Dr. Judy Gay, former missionary to Liberia and Lesotho, and now retired.. (One of the first two women to be ordained in Lesotho, the other being a Lesothan). - still at St. James's, 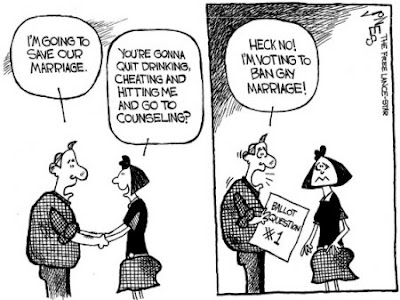 Photo's from the February 14th 2010 baptism at St. Boniface Church 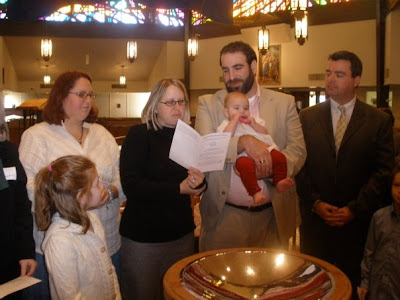 (1)  Ione with her parents, god-parents and big sister.
(2) Children bless the water with their hands
(3)  Michael (Priest), Alan (Deacon) with Ione
(4) The two Grand-mothers