Not our Longboat Key - Not our Siesta Key.

In 2016 the University of Florida Press published "Backroads Of Paradise: A Journey To Rediscover Old Florida".

Here is the background to this book.

"In the 1930's, the Federal Writers' Project sent mostly anonymous writers,..........into the depths of Florida to reveal its splendor  to the world.

(Back then) the FWP and the State of Florida jointly published the results as "Florida: A Guide to the Southernmost State" .

The 2016 book  "Backroads Of Paradise: A Journey To Rediscover Old Florida" recounts a journey in which the author attempts to  travel again on the 1930's roads and journeys.  The journeys are an exploration of what is left of "old Florida" in the midst of over-developed Florida.

In my part of Florida she likes Anna Maria Island, describing it as a seven mile strip of paradise.  She is happy that the Island can attract visitors without needing tall buildings.

Then our author describes Longboat Key and Siesta Key, two barrier islands south of Anna Maria. She states that they are a study in understatement "especially as compared with the McMansions and condominiums to their north"

Really?  Understatement?  No McMansions or condominiums!

When I reached this part of the book I wondered if the author had even driven the length of Longboat Key.  I decided that if she could be so wrong about LBK and SK she could very well be wrong in what she reports about other parts of old Florida.

So I took the book back to the Library.

Posted by J. Michael Povey at Saturday, January 14, 2017 No comments: Links to this post 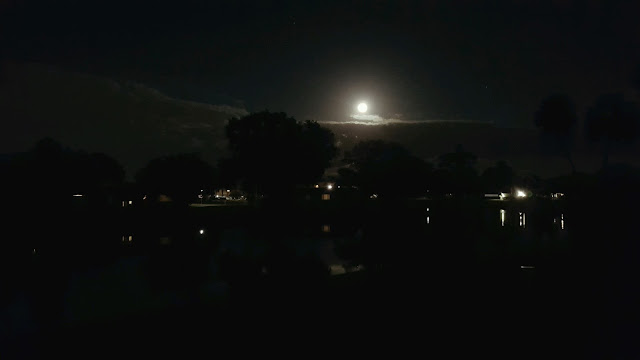 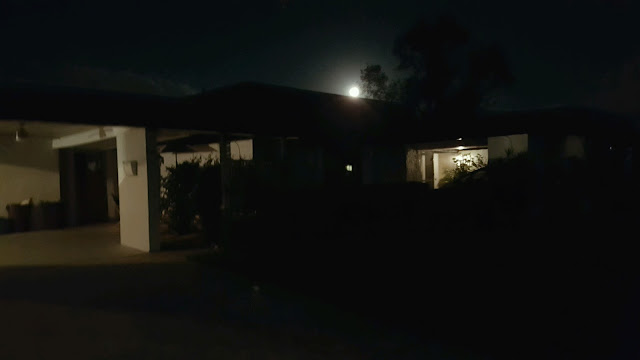 Am I right in supposing that the sight of a full moon brings joy and wonder throughout the world?
Posted by J. Michael Povey at Thursday, January 12, 2017 No comments: Links to this post

My cable T.V service is paid for via my monthly dues to the Glen Oaks Ride Condo. Assoc. which has negotiated a sweetheart cable T.V deal on behalf of our 197 owners.

So I need Comcast only for internet access via wi-fi.

For this they want to charge me $74 per month, (an $8 increase per month) on the basis that they offer me "enhanced" services such as live streaming of T.V. shows and Movies etc.

I am not interested in these enhanced services. but I have to pay for them.

It's as if a gas station when offering three grades of petrol said "well we know that you only use Regular. but we will charge you for Super on the basis that we offer it. whether or not you use it".

Posted by J. Michael Povey at Wednesday, January 11, 2017 No comments: Links to this post

It's Alma (a cool woman with a fine husband) Locals at the north end of Beneva Rd., Sarasota were thrilled to bits when "Alma's Kouzine" opened up in a Plaza on Beneva Rd.,  (north of Fruitville and South of 17th Street)

It was just the kind of  neighbourhood and unpretentious place with terrific food which we all longed for.

I, and very many of my local pals,  were frequent visitors to Alma's Kouzine where we could be certain to enjoy delicious, inexpensive,  and healthy foods for breakfast and lunch (and sometimes for dinner).

More than the food, we were blessed to encounter Alma herself, and her fabulous cook and husband Benny.  They knew that good food is not great unless there is also a top-notch hospitality.

I liked it so much that I took my niece Beth and her partner Jordan to Alma's three or four times in 2015 when they visited me from the U.K..

More that that, when my sisters Maureen and Jean (with their respective husbands Bern and John) also visited later in 2015,  I made sure that they too savoured the delights of Alma's Kouzine.

THEN  (such a cruel blow!)  Alma and Benny sold.  They received an offer which they could not refuse.

Gloom and doom all around.  Woe wuz us.


But wait there is more!

See this story from our local rag, the Sarasota Herald-Tribune

With that in mind drove myself down to Venice FL  to have lunch with an old Pittsfield friend  (Judy Grise Tallet), there to have lunch  at what is now Joy's Kouzine.(539 U.S. 41 Bypass in Venice).

Alma greeted me with utter joy,  She remembered my sisters and my niece, and she asked after them.

Benny was shopping at a local farm when we arrived, but as soon as he returned he greeted me with a hand-shake, which turned into a hug.

Both Alma and Benny were saddened to learn of the death of my dear friend Ben Morse.  Whenever Ben M went to Alma's (when it was local)  he took a can of beer, and presented it with all due ceremony "from one Ben to another".

Cities do not have to be cold and impersonal.  They can also be places of warmth and grace.

City life can be places of fear and suspicion about and for immigrants.

They can also be places in which immigrants such as Benny and Alma enrich our lives. That's the way to go!  I would not have it any other way.  (Of course, I am also an immigrant to the U.S.A.)

My lunch time companion was Judy Grise Tallet.  She and I knew each other for 16 years when I was the Rector at St. Stephen's, Pittsfield, MA. I officiated at her marriage to Frank Tallet; at her daughter Suzanne's wedding, and at the Baptism of Suzanne's three children.,

Our reunion at "Joy's Kouzine" was filled with joy.

What to do on a cold Sunday afternoon 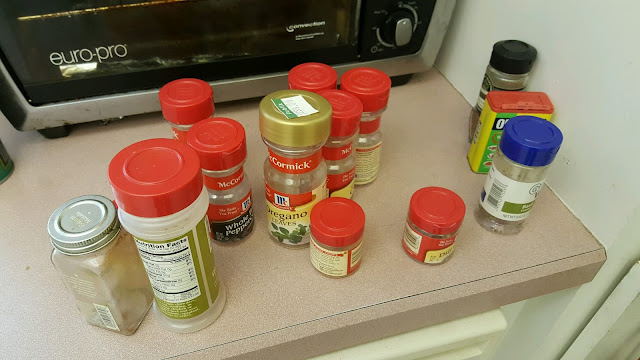 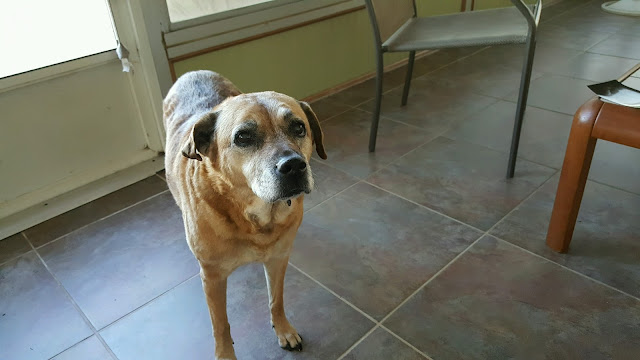