The more things change, the more they stay the same (2)


I have now completed my reading of Bill Bryson’s “At Home – A Short History of Private Life”  (Anchor Books 2010).
Bryson is an American author who has chosen to live in Great Britain.  He loves the British Isles, and writes with fondness and wit about British Life,

Disclaimer – I once met Mr. Bryson at a recording of a B.B.C. radio programme. in London.

In “At Home – A Short History of Private Life” Mr. Bryson writes about the house in which he and his wife live in (it’s in Norfolk U.K.) and the historical antecedents of its various rooms.  It’s a great read.

In his chapter on “The Drawing Room” Bryson tells us that at one time (in middle class homes), all the furniture would be placed around the wall of the room.  This (in the days before electric light) made it easier for folks to walk though the room without tripping against furniture.

When guests arrived the custom was to arrange the chairs in a circle or semi-circle, rather, as Bryson notes “like the story time in an elementary school”

According to Bryson, Horace Walpole

endured 4 ½ hours of conversation in such a circle.

Walpole declared “We wore out the Wind and the Weather, the Opera and the Play.....and every topic that would do in a formal circle”.

God bless you Horace Walpole.  It’s just the same in retiree communities in Florida these days.


plus ça change, plus c'est la même chose
Posted by J. Michael Povey at Saturday, June 30, 2012 No comments: Links to this post

The more things change, the more they stay the same.


We, on both sidesof the Atlantic, have heard all the verifiable and well documented stories of the young woman who have baby after baby in order to stay on welfare (ahem).

There is nothing new under the sun.

An 1834 Commission under the leadership of one Edwin Chadwick produced a 13 volume report regarding the reform of the British Poor Laws.

Bill Bryson in his book “At Home – A short history of Private Life “ (Anchor Books 2011)  writes as follows:

Poor relief had become so generously available, the commissioners believed, that “it appears to the pauper that the Government has undertaken to repeal, in his favour, the ordinary laws of nature; to enact that the children shall not suffer for the misconduct of their parents – the wife for that of the husband, or the husband for that of the wife; that no one shall lose the means of comfortable sustenance, whatever be his indolence, prodigality or vice”

Bryson continues: With a zeal that came perilously close to paranoia, the report went on to suggest that a poor working man might wilfully choose to “revenge himself on the parish” by marrying and producing children to “increase that local over population which is gradually eating away the fund out of which he and all the other labourers of the parish are to be maintained”.

As Bryson notes from the Commissioners' report : He had noting to lose from such a strategy after all, for his children could be put to work at home and “become a source of profit to the parents if  trade is good, and, if it should fail, they are maintained by the parish”.

Bryson goes out to spell out that the commissioners’ “solution” to the “problem” of having a poor and indigent population was the establishment of the infamous “workhouses” at which husbands were separated from wives, and children from their parents, labour was forced, and food was (by design) inferior  (on no account was it to be superior or equal to the ordinary mode of subsistence of the labouring classes of the neighbourhood”)


plus ça change, plus c'est la même chose
Posted by J. Michael Povey at Friday, June 29, 2012 No comments: Links to this post

The death of a child


Bill Bryson in his book “At Home – A short history of Private Life “Anchor Books 2011)  dis-abuses  us of the notion that between the 13th  and 19th  centuries the death of a child was rarely mourned. (see Chapter 18 “The Nursery”.)


We have come to accept this notion without serious critique, based on our belief that in earlier days the deaths of children were to be expected and thus were rarely mourned.

Bryson, in his inimitable way sets the record straight.

Here for example are the words of William Shakespeare in his play “King John” ( as quoted by Bryson.). Shakespeare penned them soon after the death of his 11 years old son. in 1596.


“Grief fills the room up of my empty child,
Lies in his bed, walks up and down with me,
Puts on his pretty looks, repeats his words,
Remembers me of all his gracious parts,
Stuffs out his recent garments with his form,

In honour of my nephews Jack Leonard Lambert (sudden infant death),and Thomas Povey, (premature birth and death) and of my beloved Hunter Pope,:  each of whom died so young.

Using the toilet - stuff you need to know


“Perhaps no other word in English has undergone more transformations in its lifetime than toilet.


Originally, in about 1540, it was a diminutive form of toile, a word still used to describe a form of linen.


Then it became the dressing table itself,


then the act of dressing,


then the act of receiving visitors while dressing,


then the dressing room itself,


then any kind of private room near a bedroom,


then a room used lavatorially,


and finally the lavatory itself.


Which explains why toilet water in English can describe something you would gladly daub on your face or, simultaneously and more basically, water in the toilet.”

Posted by J. Michael Povey at Wednesday, June 27, 2012 No comments: Links to this post 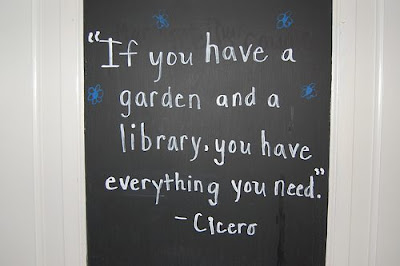 
Thanks to Tess Pope for the heads up on this.
Posted by J. Michael Povey at Tuesday, June 26, 2012 No comments: Links to this post


Off I went on Sunday 24th June 2012 to take an Air-Tran flight from Sarasota Fl to Atlanta GA.

Despite the heavy rains and fierce winds from tropical storm “Debby,  the flight left on time and arrived in Atlanta ten minutes early.

My friend Susan and Lisa met me at the airport.

I have known Susan for more than 30 years.  We first met when I was a chaplain at Camp Bement – the summer camp for children in the Episcopal Diocese of Western Massachusetts.

My love and respect for Susan grew more and more when I became the Rector at St. Stephen’s Parish in Pittsfield, MA. I knew her as a high school, college, and law school student.

I was delighted to meet Lisa when she and Susan became partners in Atlanta.

So they met me at the airport, and then we worshipped and prayed together at their home Church (Trinity United Methodist Church), just across the street from Atlanta’s City Hall. Trinity has  gorgeous building and a sadly declining, but very joyous  congregation
.
After “church” the three of us had a barbecue lunch at “Daddy Z’s”, a barbecue joint in Atlanta.

“Daddy Z’s” building looks as if it is an abandoned property. It is utterly crummy.


But the food is very southern and exceptionally good.  I feasted on “pulled pork” with “sides” of collards greens and black eyed peas. Yummy!

Lisa and Susan drove me around some of the haunts which I recalled from 1991, when I had a three month sabbatical leave in Atlanta. That was fun.

Then they deposited me at the Episcopal Cathedral in Atlanta.  Indeed, I  had travelled to Atlanta for the ordination of Tracy Wells Miller.

It’s a long story- but to put it simply - Tracy began her journey t’wards ordination when she was a student at Harvard Divinity School.    She began to worship at St. James’s, Porter Square, Cambridge during my tenure there as the Rector.

She and “I held hands” as she moved towards ordination.  So I was blessed, overjoyed, and honoured to be at her ordination.

After this grand service I hitched a ride back to Atlanta’s airport.  My ATL to SRQ flight left late and arrived on time.

Tropical storm “Debby” had decided to take a brief rest.  Therefore I was able to drive from the airport to my home “sans’ rain, and to take my beloved dog Penne for a “pee walk” at 11:15 p.m.

‘Twas such a grand day!