Maybe a smile or a grin. Even perhaps a giggle 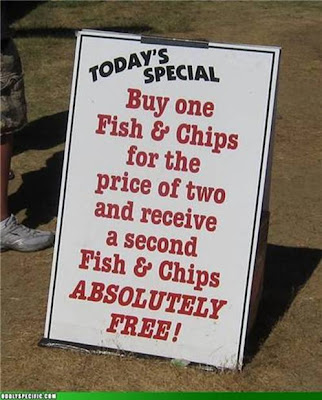 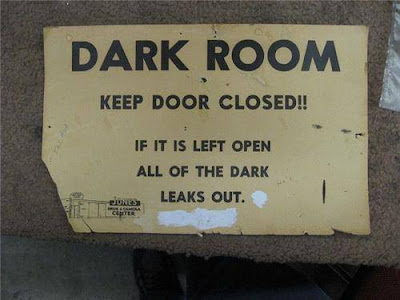 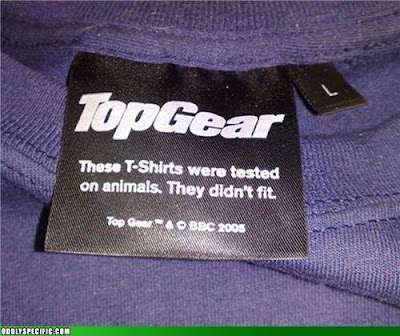 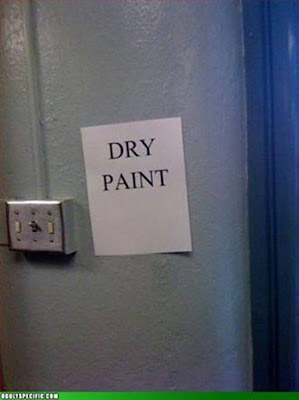 Posted by J. Michael Povey at Saturday, January 28, 2012 No comments: Links to this post 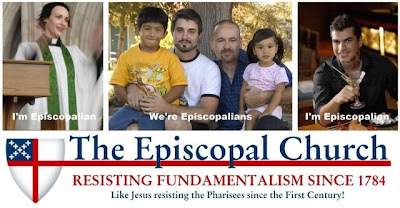 This poster has gone viral on the internet today.  I find it to be utterly appalling. It makes me feel embarrassed to be an Episcopalian.
It is of course historically inaccurate on two counts.
First: We have not resisted fundamentalism since 1784.  Fundamentalism as a major factor in American Protestantism did not emerge until the late 19th and early 20th centuries.
Second: The assertion that Jesus ”resisted the Pharisees” is a rather simplistic interpretation of scripture. What we see in the gospels is that Jesus had disagreements with some of the Pharisees.
In fact his only encounter with a named Pharisee – Nicodemus – shows a Jesus who is gracious and thoughtful.  Never did he resist the Pharisee Nicodemus.
It is plain wrong to suggest that Jesus resisted the Pharisees -  what all of them!
What I find to be most objectionable about the poster is that it seeks to
define the Episcopal Church on the basis of what we are against.  That’s a
miserable “lowest common denominator” identity.  Is that the best we can
offer in the name of the Lord Jesus?
I have two further caveats.
First: A blanket disparaging or disrespecting “one liner” about Pharisees ignores the fact that modern day rabbinical Judaism is deeply rooted in the teachings of Pharisees. Instead of dissing the Pharisees we could and should be rejoicing in the ways in which Judaism has kept alive the light and teaching of Torah.
Second: We are to be pitied if the best we can say about fundamentalists is that we resist them. It’s become almost a way of life in some of the Episcopal parishes which I know.  Typically the preacher or teacher will throw in a one-liner, a cheap shot against fundamentalism, evincing giggles and guffaws from congregants.  I confess that I have done this.  It feels good, but it does nothing to build up (edify) the people of God.
There are various reasons why I disagree with fundamentalism. I could outline them piece by piece. But God have mercy on my soul if in such a process I do little more than disrespecting my fundamentalist sisters and brothers.
Two final words:
I live in Sarasota FL and am filled with admiration for the ways in which the fundamentalist and evangelical Churches care for the poor.  I will not resist that!
Just south of here in Englewood FL a parishioner in an Episcopal parish there began to think about the poor and/or homeless folks in town. She began an ad-hoc ministry of feeding and clothing (and providing shelter in ultra cold nights -  yes we have a few of these in Florida).
This ministry developed and grew. As it did so the parish sought partners in the wider Christian community. Guess which church is the prime partner.  It is the Four Square Church, (Pentecostal).  That's irresistible!
Nuff said.


AS OF FEB 1st no further comments will be posted.
Posted by J. Michael Povey at Friday, January 27, 2012 16 comments: Links to this post

Labels: The not so fabulous Episcopal Church

My friends Laurie and Patrick give me a Christmas gift each year.  It’s a monthly newspaper of humour called “Funny Times”..
Funny Times never ceases to amuse me. I always chuckle as I read it.
One of my favourite columns is entitled “Ruminations”
Here are a few entries in “Ruminations” from the February 2012 edition.
1.
We are most likely to ask for advice when we know the answer but want a different one.


3.
Change is good as long as I don’t have to do anything different.


5.
I am not the most creative person, but when it comes to rationalising doing something that’s bad for me, my imagination knows no limits.


See http://www.funnytimes.com/
Posted by J. Michael Povey at Thursday, January 26, 2012 No comments: Links to this post 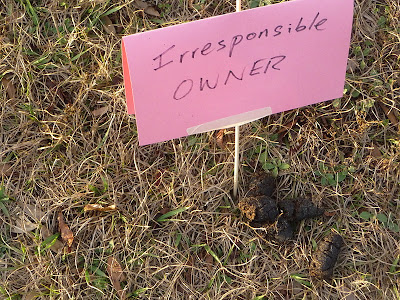 POEM  "One More Brevity"  by Robert Frost   (1874-1963)
(N.B.  "Sirius" is know n as the dog star).
I opened the door so my last look
Should be taken outside a house and book.
Before I gave up seeing and slept,
I said I would see how Sirius kept
His watchdog eye on what remained
To be gone into, if not explained.

But scarcely was my door ajar,
When, past the leg I thrust for bar,
Slipped in to be my problem guest,
Not a heavenly dog made manifest,
But an earthly dog of the carriage breed,
Who, having failed of the modern speed,
Now asked asylum, and I was stirred
To be the one so dog-preferred.

He dumped himself like a bag of bones.
He sighed himself a couple of groans,
And, head to tail, then firmly curled,
Like swearing off on the traffic world.

I set him water. I set him food.
He rolled an eye with gratitude,
Or merely manners, it may have been,
But never so much as lifted chin.
His hard tail loudly smacked the floor,
As if beseeching me, “Please, no more;
I can’t explain, tonight at least.”
His brow was perceptibly trouble-creased.

So I spoke in terms of adoption, thus:
“Gusty, old boy, Dalmatian Gus,
You’re right, there’s nothing to discuss.
Don’t try to tell me what’s on your mind,
The sorrow of having been left behind
Or the sorrow of having run away.
All that can wait for the light of day.
Meanwhile feel obligation-free;
Nobody has to confide in me.”

‘Twas too one-sided a dialogue,
And I wasn’t sure I was talking Dog.
I broke off, baffled, but all the same,
In fancy, I ratified his name;
Gusty, Dalmatian Gus, that is,
And started shaping my life to his,
Finding him in his right supplies
And sharing his miles of exercise.

Next morning the minute I was about,
He was at the door to be let out.
As much as to say, “I have paid my call.
You mustn’t feel hurt if now I’m all
For getting back somewhere, or further on.”
I opened the door, and he was gone.
I was to taste in little the grief
That comes of dogs’ lives being so brief.
Only fraction of ours, at most,
He might have been the dream of a ghost,
In spite of the way his tail had smacked
My floor, so hard and matter-of-fact.

And things have been going so strangely since,
I wouldn’t be too hard to convince,
I might even claim he was Sirius.
Think of presuming to call him Gus!
The star itself, heaven’s greatest star,
Not a meteorite but an avatar,
Who had made this overnight descent
To show by deeds he didn’t resent
My having depended on him so long,
And yet done nothing about it in song.

A symbol was all he could hope to convey,
An intimation, a shot of ray,
A meaning I was supposed to seek,
And finding, not necessary speak.
Posted by J. Michael Povey at Monday, January 23, 2012 No comments: Links to this post

Smokey Joe's Cafe - out of my comfort zone at two levels.

Venice, Florida.
(pop. 20,000), (median age 62), (96% white), (median income for households $37,500). (15 or so miles south of Sarasota FL where I live).
Home of the Venice Theatre.
That’s where I enjoyed the show “Smokey Joe’s Cafe” this afternoon.  The revue featured the music and lyrics of Jerry Leiber and Mike Stoller.
Maybe you’ve never heard of them.
But surely you know songs from the 1950’s and 60’s, such as “Fools fall in love”, “On Broadway”, “Yakety Yak”, “Teach me how to shimmy”, “Hound Dog”, “I’m a woman”, “Jailhouse Rock”, “Fools fall in love”, “Spanish Harlem”, and “Stand by me”.
They are all Leiber/Stoller songs.
These songs (and many others) were sung with skill, verve and energy by the nine singers, backed up by a six person ensemble.  It was a toe tapping event.
Those who know me well will wonder why I (classical music and opera fan) was at such a show.
To be sure it was outside of my comfort zone.(1)
Well, I was there because one of the singers/actors is Colleen Sudduth.
Colleen and her husband Gary Buchmeier (together with their young children Sophie and Anna) are stellar members of St. Boniface Church – my home parish.
I went beyond my comfort zone to honour a good St. B’s parishioner.  And it was well worth while!  I loved every minute (except for the first 20 minutes which I missed).
---------------------------------
This leads me to beyond my comfort zone (2).
Although my ticket and calendar indicated that the show was due to start of 2:00 p.m., I convinced myself that the starting time was 2:30 p.m.
I arrived (in good time I thought) at 2:20 p.m. The Theatre seemed to be semi deserted. I presumed that that show had been under-sold.
But of course, I was late, and the show had already begun.  My seat was in the front row of the balcony.  I walked along that front row – treading on too many toes, but I could not find my seat.  So I sat on the stairs.
I had become the person that I usually despise - the late and clumsy arriver.
At intermission I apologised to a couple whose toes I had trodden on. They were very sweet and forgiving.
Then I went in search of my reserved seat.  It turned out that one of the ushers had taken it for the first part of the show, convinced as he/she was that I was a “no show”.
I relaxed in the seat.  I overheard the couple to my right as one of them said:  “what about that guy who walked down the row in front of us after the show had started".
I confessed “it was I”.  I apologised, and told them the story of my incompetence.  They laughed, and assured me that they were happy that I had found my seat.
OUT OF MY COMFORT ZONE (1):   Thank you to Colleen for being part of “Smokey Joe’s Cafe”.  I would never have attended had she not been one of the stars.
OUT OF MY COMFORT ZONE (2) Thank you to the patrons who were so nice in the face of my stupidity and clumsiness.
Posted by J. Michael Povey at Sunday, January 22, 2012 No comments: Links to this post