Do you understand BREXIT? This will make it clear as crystal.

Via my friend Nancy Hughes of Wivenhoe, Essex, U.K.

Posted by J. Michael Povey at Saturday, August 10, 2019 No comments: Links to this post

Today, as I ate a  simple evening meal, my beautiful and totally fabulous dog Zion took up his regal poses so that he could be near me.

OH FOR GOODNESS SAKE  he is so incredibly handsome.

I am blessed.   We are the best of friends!


My evening meal was home made gazpacho - a perfect cold soup for the end of a hot day.

I use a Williams Sonoma Recipe (omitting the red onion which causes it to be a bit too pungent for my taste).

https://www.williams-sonoma.com/recipe/traditional-gazpacho.html
Posted by J. Michael Povey at Thursday, August 08, 2019 No comments: Links to this post

Posted by J. Michael Povey at Wednesday, August 07, 2019 No comments: Links to this post

MARCO GETS IT WRONG

"White Nationalism", he said, "is un-American".  That's a statement with pious intent, made with historical ignorance.

White (Christian) Nationalism is in our national D.N.A.  It is rooted deeply in our history and culture. It shaped, and still shapes our nation. We have had at least four white nationalist Presidents -  Andrew Jackson, Andrew Johnson, (the sainted progressive) Woodrow Wilson, and the Present Occupant of the White House, together with another sainted progressive, the antisemitic F.D.R)


Here are some tid bits by which I make my case.

No sooner had the pious Anglicans and adventurers settled in what we now call Virginia;  and the pious Calvinists and their hangers-on invaded what we now call Massachusetts -  they decided that their white bodies and "Christian" souls were essentially superior to the bodies and souls of the indigenous peoples, who were deemed to be uneducated and uneducateable.

By 1776 the native peoples were described as being "merciless savages".  So began the Christian White programmes of  Indian Genocide.

Remember Andrew Jackson and the Trail of Tears.

Remember that William Tecumseh Sherman when he was  a Junior Officer in Florida advocated the extermination of Florida's Indians.


Remember this (in the 20th Century): Osage Indians killed for their oil riches (God forbid that Indians should be successful)

In 1519 the first African Slaves were imported into these shores.

Slaves became the single most important component of economic growth in the southern and the northern states.

But how could good Christians defend the enslavement of Africans?  White nationalism and white supremacy came to the rescue, asserting that Africans were a sub-species of the human race; that they did not have souls; and that they were the descendants of Ham, (third son of the mythical biblical Noah), destined by God for slavery.

Should former slaves achieve success in defiance of the doctrines of White Supremacy there was a price to be paid - in blood.

Pay attention to the lynchings.

(When whites were lynched it was because  ---  in the south often that they were perceived to be sympathetic to slaves or free blacks, and in the west etc because of horse or cattle thievery).


Nice try Senator Rubio.  But you are damn wrong on this.

I cannot (for technical reasons) post a Video by Eddie Glaude on this blog,  but my Face Book readers will see it.  Mr. Glaude makes the point that it's all too easy to blame Trump.  WE are the problem.

Posted by J. Michael Povey at Tuesday, August 06, 2019 No comments: Links to this post

Avoiding politics! This that and the other.


Memory is tricky.   But I am more or less certain that I saw the Bristol Brabazon Aeroplane  in the air when I was a wee lad. The "Brab" and its pilot Bill Pegg are part of Bristol (U.K.) lore and pride.

These many years later I think "dear, poor Rosie.  How miserable you must have been to live that  solitary life cut off from your parents, siblings and companions".

Elephants are social animals.  A single Elephant in a Zoo is a sad and miserable animal -  solitary confinement is torture.

The Island of Lundy in the Bristol Channel (home to many Puffins) was once owned by one Martin Coles Harman, the self styled King of Lundy.

He had his own coinage minted,  one "so-called Puffin" coin being the equivalent of one British penny.


The U.K. authorities were not pleased. Harman was fined heavily (for that era).

Posted by J. Michael Povey at Monday, August 05, 2019 No comments: Links to this post

Washington (CNN)Democratic presidential candidate Beto O'Rourke reacted angrily Sunday to an inquiry about the motivations behind the deadly massacre in El Paso, Texas, where the shooter allegedly targeted immigrants, saying "connect the dots" because President Donald Trump is "promoting racism."
The comment from O'Rourke came during a vigil for victims of the shooting, which left at least 20 dead, after the former Texas congressman and El Paso native was asked by a reporter, "Is there anything in your mind that the President can do now to make this any better?" 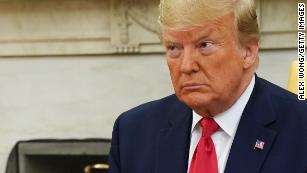 Trump: 'Perhaps more has to be done' on gun violence
"What do you think? You know the s--- he's been saying. He's been calling Mexican immigrants rapists and criminals. I don't know, like, members of the press, what the f---? Hold on a second. You know, I — it's these questions that you know the answers to," O'Rourke replied.
He continued: "I mean, connect the dots about what he's been doing in this country. He's not tolerating racism, he's promoting racism. He's not tolerating violence, he's inciting racism and violence in this country. So, you know, I just — I don't know what kind of question that is."
The alleged shooter, a 21-year-old white supremacist, is believed to have authored a racist, anti-immigrant document that laid out a dark vision of America overrun by Hispanics, according to police.
Later Sunday night on Twitter, O'Rourke said, "I stand by what I said."
"We know what Trump is doing. He stokes racism. He incites violence. We shouldn't be asking if there's anything he can do or if he's responsible for this when we know the answer," he tweeted.
Asked on Sunday by CNN's Jake Tapper whether he thinks Trump, who has regularly used incendiary language at rallies across the country, is a white nationalist, O'Rourke said he does.
"The things that he has said both as a candidate and then as the President of the United States, this cannot be open for debate," O'Rourke said on "State of the Union."
After the shooting on Saturday, Trump called the tragedy an "act of cowardice" and said there "are no reasons or excuses that will ever justify killing people." On Sunday, following another mass shooting in Dayton, Ohio, that left at least nine dead, the President acknowledged that "perhaps more has to be done" to address gun violence, adding that "Hate has no place in our country and we're gonna take care of it."
CNN's Paul LeBlanc and Caroline Kelly contributed to this report
Posted by J. Michael Povey at Monday, August 05, 2019 No comments: Links to this post

The Madness of King Boris

Posted by J. Michael Povey at Sunday, August 04, 2019 No comments: Links to this post