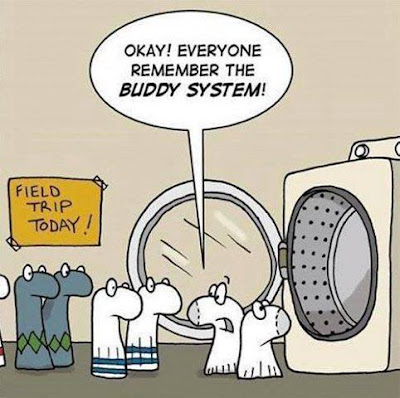 Posted by J. Michael Povey at Saturday, January 30, 2016 No comments: Links to this post

Too silly for words (via my sister-in-law Izzy)

The Looming Death of Civilisation? 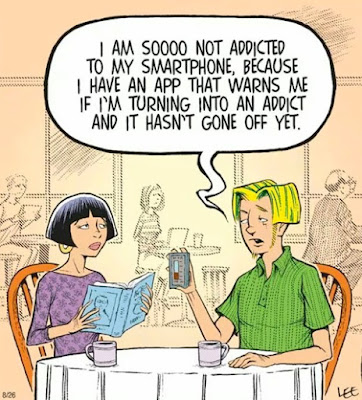 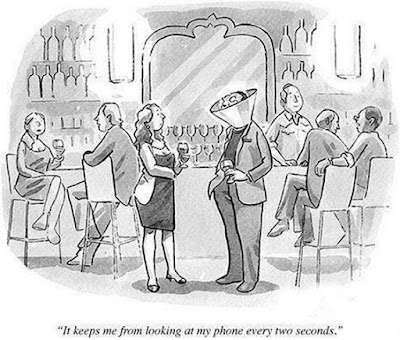 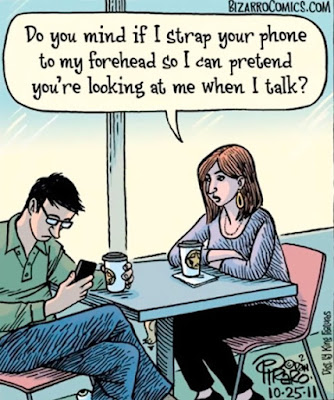 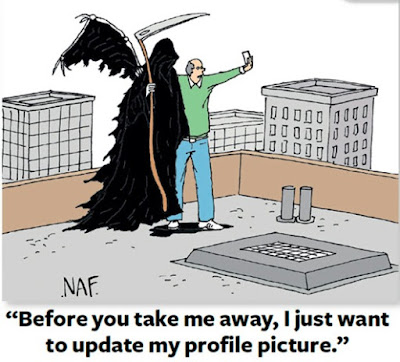 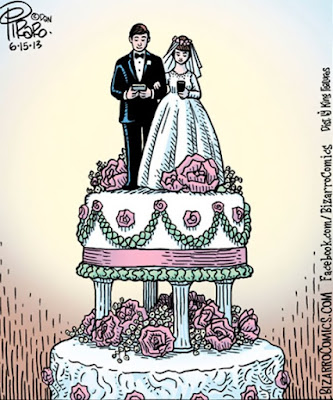 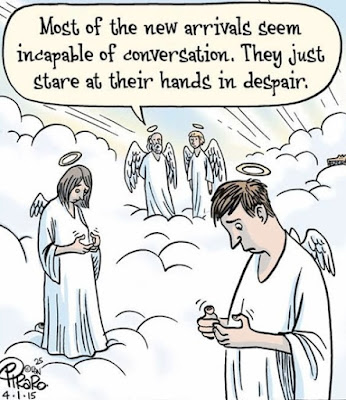 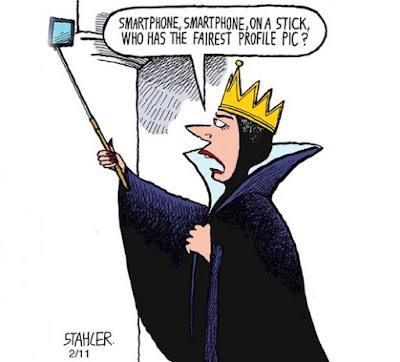 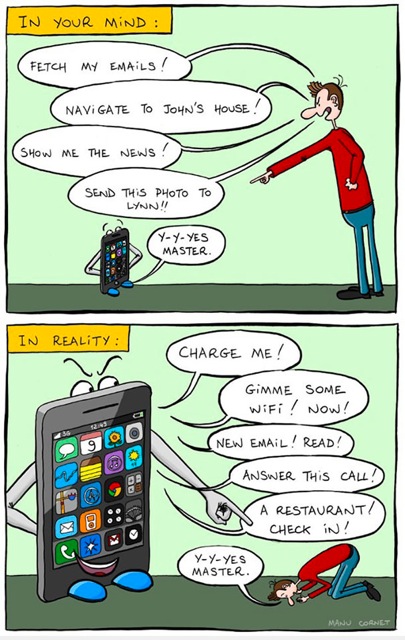 Posted by J. Michael Povey at Friday, January 29, 2016 No comments: Links to this post

I don't cook mine in a loaf shaped pan, rather I mould it into shape in a  large baking dish  -  I like the eccentric shape of the finished product!

Eat.  My suggestion, the recipe does not mention this.

(also good cold the next day, in a sandwich)

U.S. teaspoons are bigger than U.K teaspoons, but U.S tablespoons are smaller than those in the U.K.

(Experienced cooks on both sides of the Atlantic will know how to use their own best judgement re seasonings etc).


Posted by J. Michael Povey at Thursday, January 28, 2016 No comments: Links to this post

The rain let up a bit on the morning of Jan 27th giving Penne and me enough time for her first pee/poop walk of the day,

Then the rain returned, and it has been with us all day (and probably will be with us throughout tomorrow).

This is unusual for S.W. Florida in January.

Blame aside, I decided that it was a day for Meat Loaf.

I did not have an onion to dice and add to the mix,  so I used some frozen and chopped up red, green and orange peppers instead,

I substituted Hot Salsa  for the more usual Tomato Ketchup.

The crowning glory was the addition of three rashers of good bacon,  cut up into 1" bits.

"Gosh Darn" it was good.

I ate it for lunch alongside sweet peas, and "oven roasted" Sweet Potato Fries. 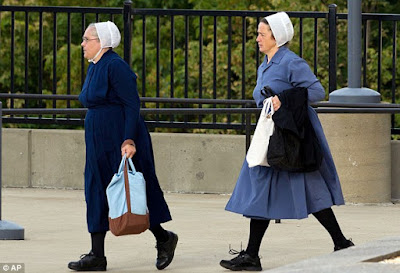 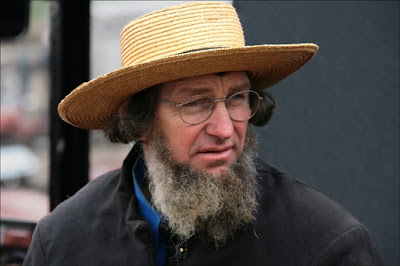 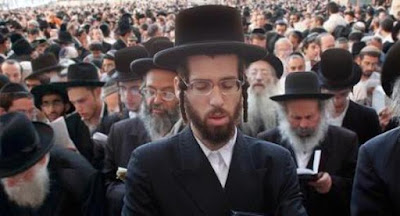 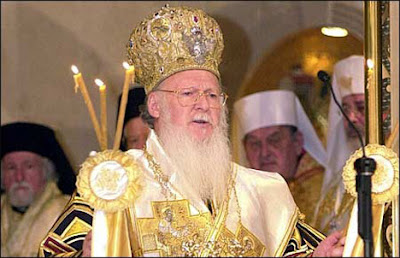 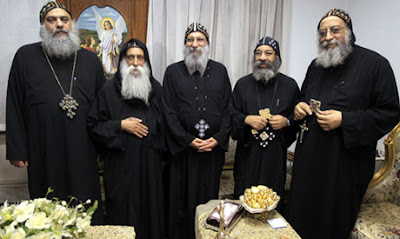 Ethiopian Christian Monks. If they were not wearing their pectoral crosses would we view them as"suspicious"? 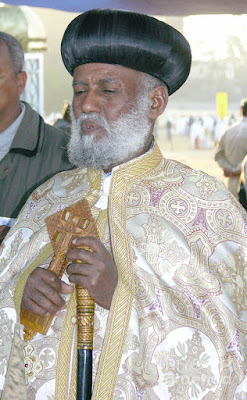 Ethiopian Christian Bishop.  With his turban and beard -  would he be welcome in your neighbourhood? (or mine?) 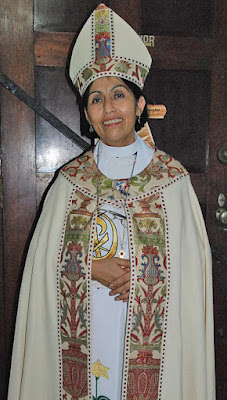 Episcopal Bishop (in this case the Bishop of Cuba).   Male Anglican and Episcopal Bishops wear these pointy hats when they visit congregations to emphasize their importance.  Many of them are sweet and kind. Very few of them are extraordinarily wise.  Most of them are "bureaucrats par excellence" Too many of them "believe their own propaganda"! 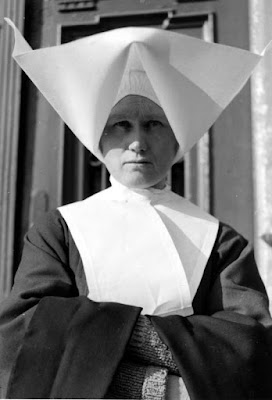 Roman Catholic Nun in traditional dress,  She was to be feared, obeyed and respected,  In turn she was expected to be utterly submissive to her Mother Superior and to her male Bishop. 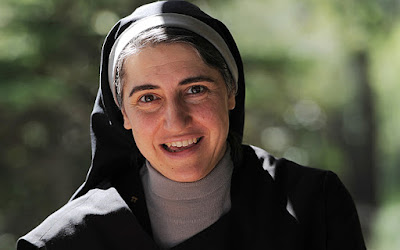 Modern Roman Catholic Nun.    She is utterly cool (even though her head dress is strikingly similar to a Hi-jab). 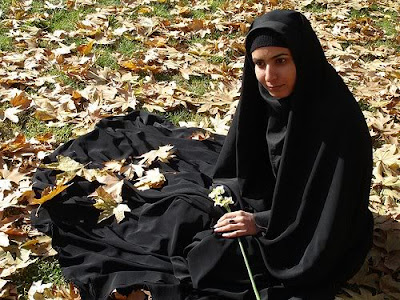 Middle Eastern Arabic and Muslim Woman.  We think that given her headgear and despite the flowers she is most certainly an incipient suicide bomber. 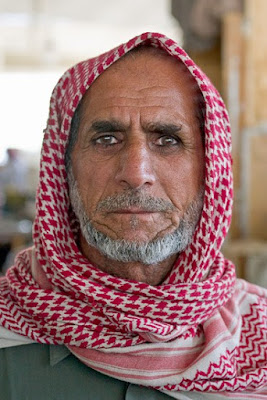 Middle Eastern and Arabic man.  We can tell that he is a terrorist by the way that he is dressed. 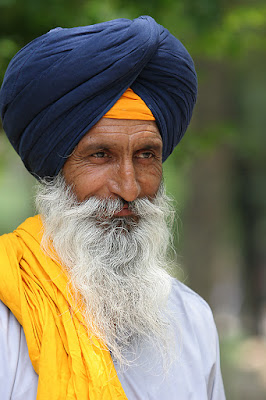 This is a Sikh man in his traditional head dress.  It is possible  that he will be beaten up by some ignorant American, who believes him to be Muslim. This has happened in the U.S.A. (Not that Muslims should also be fair game for violence)

Please resist violence of  thought, word, action or deed  against any American citizen or immigrant on the basis of his/her head wear,  (or be stupid,  ill-informed, or Republican !),
Posted by J. Michael Povey at Tuesday, January 26, 2016 No comments: Links to this post

a deposit of needle like ice crystals formed on the ground by direct condensation at temperatures below freezing point.  (Free Dictionary)

COMFORT FOOD FOR LUNCH ON A CHILLY (FOR FLORIDA) DAY 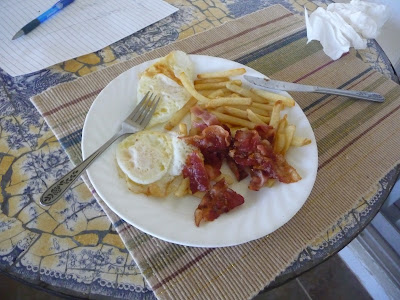 Posted by J. Michael Povey at Monday, January 25, 2016 No comments: Links to this post 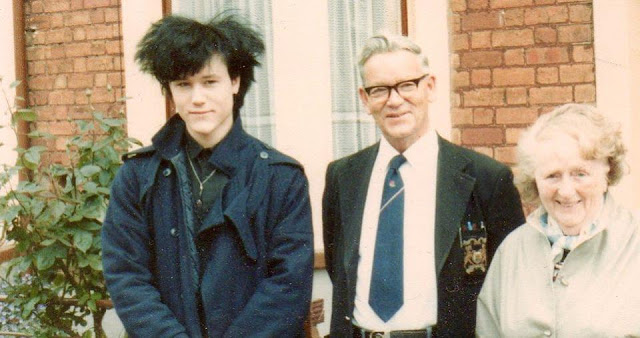 My first cousin Chris Finch posted this photo' on Facebook today.  It was taken in about 1983,

Wally's older sister Evelyn, who happens to be my Mum.  (She passed from this life in 2002).

So Wally is my Uncle, and Evelyn is Chris's aunt,

Mum would have been 70 years of age when this photo' was taken.

She was such a pretty 70 year old.  She looks so youthful.