Her family moved to Bristol in 1916, where she was raised with one sister (who died of tetanus poisoning), and six brothers, (the youngest of who was killed in Normandy in August 1944).

Mum was the daughter of  John Francis Finch and Kate (Ames) Finch. They named her Evelyn Maud.

Together they had ten children (nine of whom are still alive).

In common with all working class people of their era in Great Britain, Mum and Dad never had it easy.  They were born just before World War One  (day in 1911); they grew to maturity during the Great Depression; they endured the enormous privations of World War Two; (and then proceeded to have five children between 1950 and 1956 -  so many mouths to feed).

Once the four older children were out to work (and contributing to the family income), Mum and Dad were able to relax a bit, enjoy some of the finer things of life, and take some lovely holidays together.

Each of her children were delighted when she married Leonard Woolcock in 1989?.  He was a splendid husband and a great admired step-father.

A year or so after Len Woolcock's untimely death in 1997, Mum moved to a rest home in the Severn Estuary  town of Severn Beach,

She, who had cooked so many meals for some many people, (who could forget her famous "mixed grills") positively rejoiced because someone else cooked her "three squares" each day.

So it was that after eating a good breakfast on 29th August 2002 she slumped over, was escorted to her bed, where minutes later she departed this life, to be translated to life eternal with the God she served and loved.

It's one thing to love a parent, but for the Povey children, we not only loved Mum, we respected and admired her.  She had a great sense of style, and we often called her the Queen Mother.

jmp
Posted by J. Michael Povey at Saturday, August 29, 2015 No comments: Links to this post

Elihu B. Washburne (1816-1877) was the American Minister (Ambassador) to France at the time of the Franco-Prussian War: i.e.  during the horrendous siege of Paris and the equally awful, but short-lived Paris Commune.

He was the only foreign Ambassador to stay in France "for the duration", and in the face of great privation he served with enormous strength, dignity and courage.  All but forgotten, he rests in my mind as a true American hero.

You can read a bit about him here:

and for a telling account of Washburne's time in Paris see David McCullough's "The Greater Journey".

He followed the anti-British and defeatist Joe Kennedy "Britain is finished". Kennedy's appointment to London was surely an example of  F.D.R at his cynical and Machiavellian worst.

Whereas Kennedy was universally despised  (and even hated) by the British public, his successor, Winant became a deserved popular figure in war time Britain, immediately recognizable on the streets of London and other cities.

He remained at his post through the Blitz,  and during  the devastating late war VI and VII  rocket attacks,

The Harvard Magazine has a nice article about Winant here:

For a rich and full account of Winant's time in London  (as well as the London work of the famous broadcaster (and propagandist) Edward R. Morrow, and the rascally Averill Harriman please read this:

(I'll write more about this book in a later blog entry).

Washburn and Winant are high  in my pantheon of American heroes.

When my ship comes in (!), I will endow a Museum of Civilian Heroes.


There ought to be one.

Posted by J. Michael Povey at Friday, August 28, 2015 No comments: Links to this post

Dinner today with my girl-friend


My girl-friend Betty and I had an early dinner this evening at the Madfish Grill on Cattlemen Rd, SRQ.

( I chose to have  asparagus as a substitute for the mashed potatoes).

My dinner was good, but not excellent.  I think that for this kind of pie it's  better to have the puffed pastry as a "topping",  not as an entire pie casing - which tends to gets soggy on the edges and bottom of the pie.  But I ate it all!

My "date" Betty and I had lively and stimulating conversation about the books we have read in recent days; about death and dying; and about our family members.

The quality of our conversation exceeded that of the food.

When life gives you lemons you cannot always make lemonade 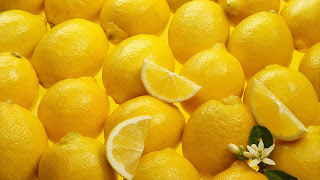 When I adopted my cats (some eight years ago), and my darling dog Penne (a year later),  I chose to use a local Veterinarian on the basis that his practice was located just 1.8 miles from my home.

This  good Veterinarian (who shall be nameless) has been very ill during the past 18  months, suffering from some horrid complications as a result of Gout.

Thus he has needed to hire various locum tenens  to keep his practice alive.

He began to recover.

I last saw him on August 12th when I took Penne in, worried as I was about her breathing..

He seemed to be a bit  unfocused, but since Penne's temperature, blood pressure, and heart rate were normal, I accepted his diagnosis that she might well be suffering from a bit of arthritis,

I called his Office again yesterday to book Penne in for a  bath.

I heard a confusing recorded message which asked me to call again (quote) "When we re-open".

"When we re-open": what in the world did that mean?

I didn't have a clue, so I drove to his Office, there to discover that my good Veterinarian had been evicted from his premises because of his inability to pay the rent,

He had been unable to meet the rent because of the decline in his business,  on account  of his illness,

He was being evicted because that's the way of the  "free market" world.

It's  a way which neither Republicans nor Democrats resist or question.

It's  the way by which skilled, honest, hard-working businessmen (such as my Veterinarian)  lose their small businesses, and their income.

Despite the rhetoric from both the Republican and Democratic parties:   When life gives you lemons you cannot always make lemonade.

I was beside myself with worry on Sunday night: Truly I was in a state of panic.

Evidently I had not secured the clip on her harness.  Thus she was able slip away from me, and disappear from my sight.

I searched for her and called her name.  I  could not see her, nor did she respond to my calls.

I was not too worried, thinking that she would come home within minutes.

I went outside, and once again I searched for her and called her name, all in vain

I wondered: "did she chased after a Fox and got lost, or did she corner a Raccoon or Possum, and get into in a fight?".

I drove the neighbourhood, tracing the routes we take on our daily walks.  There was no sign of Penne.  By this time I was panicking

Had she been injured?  Was she lost?  Would I ever see her again?

Dammit, I was not panicking, I was freaking out with worry.

I knew that I would be unable to sleep, but I rested on my bed.  At 9:30 p.m. Penne came trotting into our house, all nonchalant, as if to say "no problem Dad".

Of course I lavished her with hugs.

Adelaide yowled me to the back door three times. I followed dutifully, thinking that Ada might be there. 'Twas not the case.

With Penne safely back at home, I shut the doors and took myself to bed.  At 3:00 a.m. on Monday  I got  up to use the bathroom.  I decided to open the front door.  Ada shot inside, like a feline cannon ball.

On Monday morning Ada would not let me out of her sight.  She even came to gaze at me adoringly as I sat enthroned in the bathroom.

Later, I went outside to do some weeding. Behind one of the shrubs  I noticed a large hole in the ground, sure evidence of canine digging.

I came to the conclusion that Penne had been there all the time. I guessed that on the hottest day of the year, she had done what dogs do -  she had dug herself a nest in the cooler earth, there to rest until she decided to come home at 9:30 p.m.

Maybe she had been within sight for those three hours -  within sight, but I did not see her.
Posted by J. Michael Povey at Tuesday, August 25, 2015 No comments: Links to this post

Donald Trump and the Lord Jesus 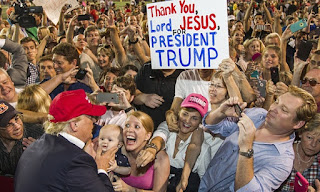