It’s a neat parish, and the Rector (the Revd. David Danner) and I “read each other” well.

All Angels is blessed to have a terrific organist/ choir director. His name is Dale Hooey. We are professionally in respect and admiration of each other.

Yesterday I e-mailed my dreadful pun to Dale, and he replied with an A grade, noting that he had been a teacher.

I asked his subject, and to my delight (but not surprise) he said that he had been a Music teacher in Grades 1-12.

I thought “no wonder that he is such a good Church Musician”.

For I was reminded of my music teacher in what Americans would call High School. I was at Fairfield Grammar school from 1955-1960. There I was blessed to come under the tutelage of W.J. Richards, the Music teacher

Of course we called him “Dickie”, as we had done with another Mr. Richards the music and class teacher at Eastville Junior Mixed School (for Americans - this ap…
Post a comment
Read more

Tonight, and a terrible pun.

June 27, 2008
Sarasota and Bradenton have a goodly number of gay and lesbian residents, mostly in the 55+ age group. (Younger gays and lesbians tend to settle in Fort Lauderdale, on the east coast of Florida).

But the communities have never been able to sustain a decent gay/lesbian friendly bar. There is one such establishment, but it is dreary and scuzzy beyond belief.

So “we” were delighted to learn that a new bar was opening tonight. It is owned by the folks who also own a half-decent Italian Restaurant which is next door. In fact, there is a door between the two establishments.

The bar is called “Martinis” and it is a nice part of town.

My neighbour Ed Green and were to have gone to the Theatre tonight, with tickets he had been given.

I’d invited Ed to dinner before the theatre, and in the meantime I read reviews of the New York production of the play “The Good Body“, by Eve Ensler.

I printed this review for Ed to read, and he had the same…
1 comment
Read more

Please do not yell at me

June 26, 2008
You may or may not have noticed that in recent weeks I have written next to nothing about the Episcopal Church and the Anglican Communion.

This is in part because so many other “bloggers” are having their say.

But it’s mostly because I cannot endure “yelling”. And there is a great deal of yelling in the Church these days.

My Dad was a “yeller”. That’s the only way he know how to deal with nine children. He would often scream “I’ll tan your hide”, meaning “I’ll “whoop” your rear end until it is turned into leather.

This was only a threat. He would hit us, but never “whooped” us with his belt. But he yelled a lot.

We, the nine, vowed that we would never do the same. One of my brothers “heard himself” yelling at his young son, and in hearing this he realised that he sounded just like Dad.

This brother vowed that he would never yell again, and instead developed a pattern of conversation and listening with that son. Thank God he did so. He and the son have a loving relationship, based …
Post a comment
Read more 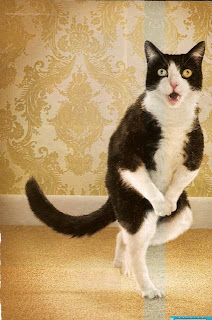 Not much to report today, so here are some sillies

2. When you know that it will be a bad day 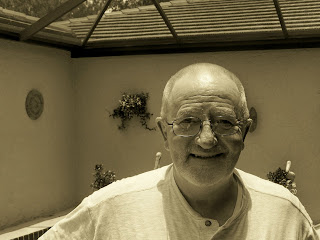 I wandered outside a few minutes ago (19:15 hours on June 24th). There was thunder in the air, and I wanted to enjoy it.

Down the road came “Sid” in her wheel-chair with her dog, Sparky. Sid has M.S. and is a living “miracle”.

Then “little Betty” arrived with her pooch “Cocoa”. We call her “Little Betty” to distinguish her from another Betty (who is but marginally bigger!).

Soon we were by Jane, another neighbour.

We exchanged bits and bobs of news, mostly about the illnesses of our various neighbours. (That’s the rule of life when you live in a 55+ community!)

Then little Betty said “Michael, you’ve had your ears lowered”.

Yes indeed. I went to my local Barber Shop today, (a wonderful and funny place) and asked for a “buzz”.

Not as a fashion statement, but because my good dermatologist, Karen Stroble has identified some pre-cancerous spots on my scalp (Actinic keratosis) - which have not been responsive to the usually effective zapping.

That is the phrase (allegedly) used by mill owners in the North of England when the workers became restless (usually for a very good reason).


It’s how I felt at Resurrection House today. M.B. (another volunteer) and I got downright testy with a few of our guests. They were pressing us to provide services on a morning when the facility was stretched to its limits. We, the volunteers, can only do as much as time allows.


One guest was lying to me, and trying to manipulate me. I knew it, and I called his bluff in a blunt and fierce manner.

Another guest (a woman for whom I am very fond) got very “shirty” with me when I said “no, I cannot take in your laundry - we are backed up”. When she challenged me on this I was equally “shirty” in my response.


My colleague M.B. was pushed to the limits by another guest for whom he was doing a favour.

Well, we wish that we could always be gentle and sweet with our homeless friends. We want to do this, but sometimes…
Post a comment
Read more

A good day in SRQ, and my sermon this morning

June 22, 2008
It’s been another great day in SRQ. The Rector at All Angels by the Sea is on vacation, so I presided and preached there this morning. It’s a very joyful and relaxed parish.

My friends Barbara, Kay and Ben attended, and they retired to my home afterwards for lunch. I baked some cod and served it with peas. I intended to serve rice also, but I burned it in the saucepan. We had juicy pears and cheddar cheese for dessert.

Sermon for June 22nd ‘08. The Revd. J. Michael Povey at All Angels by the Sea, Longboat Key, FL

The Eucharist included the blessing of the Marriage of Gail Yanov and John Root.