Book recommendation . "The Theft of Memory"

November 21, 2015
The Theft of Memory
Losing My Father, One Day at a Time
This is a lovely memoir by Jonathan Kozol (author of "Amazing Grace", "Death at an Early Age" and others).  The book is published by Crown Publishers, New York, 2015. $26
Mr. Kozol writes with tender affection, deep insight, and loving honesty about his father Dr. Harry Kozol.
Dr.  Kozol was a nationally noted specialist in disorders of the brain.  He was, the book jacket says, "an unusually intuitive clinician with a special gift for diagnosing interwoven elements of neurological and psychiatric illnesses in highly complicated and created people".
But, (to quote from the book jacket again) "... The Theft of Memory in not primarily about a doctor's public life. The heat of the book lies in the bond between a father and his son and the ways in which that bond intensified even as Harry's verbal skills and cogency progressively abandoned him".
---------------------------------------------…
Post a comment
Read more

More or less back to normal - whatever "normal is". 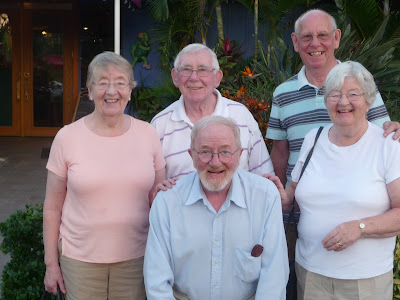 My niece Beth and her b/f Jordan were here in October, visiting from Bristol, U.K.

My two older sisters and their husbands were here in November, also visiting from Bristol.

I flew to Atlanta on Saturday and returned on Sunday.

On Wednesday morning I had my annual physical with the wonderful Dr. Kristen Paulus.  She confirmed that I am still alive  (and in excellent health).

On Wednesday evening my first cousin Janet and her partner Steve stopped by. They (also from Bristol) visit their timeshare on Longboat Key every November.  I've seen them in SRQ every year since 2006. Our visits are always a pleasure.

This morning I had MOHS surgery for a squamous cell carcinoma on my left ear.  Once slice sufficed (thank goodness), and I am now sporting my semi- Van Gogh look.

Last Friday  (13th) my sisters, their husbands and I had a valedictory dinner at Turtles on the Bay  (Sie…
Post a comment
Read more

"Saint" Ronald Reagan and his ally. 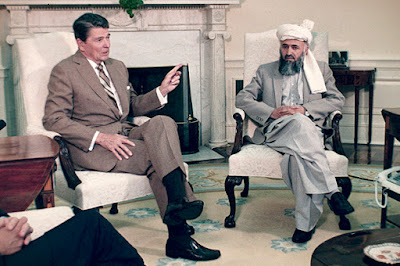 1995 Thousands of Muslims massacred by Christians How soon we forget

November 17, 2015
ATTACK ON SREBRENICA: JULY 1995 By the summer of 1995, three towns in eastern Bosnia–Srebrenica, Zepa and Gorazde–remained under control of the Bosnian government. The U.N. had declared these enclaves “safe havens” in 1993, to be disarmed and protected by international peacekeeping forces. On July 11, however, Bosnian Serb forces advanced on Srebrenica, overwhelming a battalion of Dutch peacekeeping forces stationed there. Serbian forces subsequently separated the Bosniak civilians at Srebrenica, putting the women and girls on buses and sending them to Bosnian-held territory. Some of the women were raped or sexually assaulted, while the men and boys who remained behind were killed immediately or bussed to mass killing sites. Estimates of Bosniaks killed by Serb forces at Srebrenica range from around 7,000 to more than 8,000. (Source  History.Com )
Post a comment
Read more 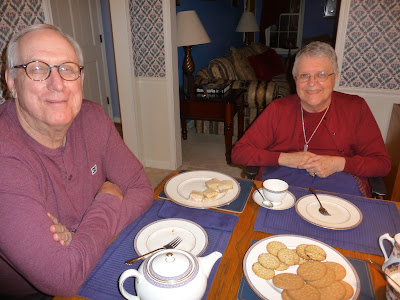 In 1991 I spent three months of sabbatical leave in Atlanta.   I hung my hat and shared in ministry at St. Luke's Episcopal Church on Peachtree Street, and I took three one semester courses at the Interdenominational Theological Center at Atlanta University.

I've made a fair number of visits to Atlanta since I moved to Sarasota.

It all began when I stayed with friends in Atlanta on my way down from Cambridge, MA to Sarasota FL.

Later I was there on two different occasions with two different Brazilian friends, both of whom were determined to visit the CNN Centre and the "World of Coke" before they returned to their homeland.

(Atlanta is famous in many other countries simply because of CNN and Coke!)

I was in ATL again for the ordination to the priesthood of my friend Tracy Wells Miller (to Atlanta on a morning flight, back home on an evening flight._

On three of these visits I was able to see my Atlanta area based pals Susan Hughes and Lisa Coston. Woot woot!

They were scheduled to fly Delta from Tampa to Amsterdam, from where they would take a "puddle jumper" to our home city of Bristol.

Early in the morning I received a text message from Delta, announcing that their flight had been canceled, and  that my family had been transfered to a United Airlines flight.

All well and good,  Even better, when I called Delta I got to speak with an agent within minutes (miracle of miracles), and she confirmed the transfer.

This was very nice, but when my folks presented themselves to the U.A. desk at TPA there was no record of this transfered flight.

They wandered over to the Delta desk, where the staff professed ignorance of the changes.

Back to the U.A. desk they went.  They were told again that U.A. knew nothing about this.

But a stellar U.A. staff member said  "wait by the Delta desk, I will do the research, and then I'll find you at the Delta desk…
Post a comment
Read more
More posts