I am just off to Lynchburg VA  (think the late Jerry Falwell!) for the marriage of Zhera Asghar to Noah Bonsey,   Noah and his family were/are parishioners at St. James's, Cambridge, MA

We stopped in Lynchburg for the 'bus to be re-0fuelled and/or cleaned.  There was time for breakfast. Since this was my first foray into the South I decided to have grits  (for the first time)

They were about as exciting as stale bread in warm milk.

It was maybe six years ago that I was driving from Sarasota to Beaufort SC to spend Christmas with the Hauler family.  With me was my Brasilian friend Gabriel.

We had an early start, and cut across the State, avoiding inter-states.  My breakfast time we were in the aptly named town of Stark, FL.  (There is a State prison there - the venue for judicial executions).

We had few choices for breakfast so we went in to an IHOP.  The food was surprisingly "more than O.K.".

The menu featured grits.  Gabriel asked me what they were.  I tried to explain, then I gave up.

"I can't explain them to you" I said to Gabriel, "so let's order some to share".

They were about as exciting as stale bread in warm milk.

Much better will be a joyful time with Noah and Zehra and their families, together with other guests from Cambridge.

Back in touch on Sunday

There will be grits in Lynchburg, so I may have a "memorial" serving.
Posted by J. Michael Povey at Friday, June 20, 2014 No comments: Links to this post

The U.S. Patent and Trademark Office has withdrawn the  trademark protections of the Washington Redskins.

You can read the story here: http://www.washingtonpost.com/local/us-patent-office-cancels-redskins-trademark-registration-says-name-is-disparaging/2014/06/18/e7737bb8-f6ee-11e3-8aa9-dad2ec039789_story.html

The effect of the ruling is a bit ironic. It means that any John or Jane Doe can use the logos of the Washington Redskins at will.  In practical terms, the use of "Redskins" is now broadened rather than denied.

The Football ream will of course appeal this governmental ruling.  This means that the ruling is moot for the time being.

You will be surprised to read that I hope the Washington Redskins organization will prevail in the Courts.

Don't get me wrong.  I know that the use of "Redskins" to promote an American Football team is at the least insensitive, and at the most offensive.

American Indian peoples have a proud heritage. That heritage has been ignored, disparaged, and denigrated by many in the predominate Euro/American culture.

American Indian peoples have paid with their lives so that the Euro/American culture could assert its dominance.  The use of the word "Redskins" is a throw back to the days when the Declaration of Independence could include this as part of its list of grievances against King George. 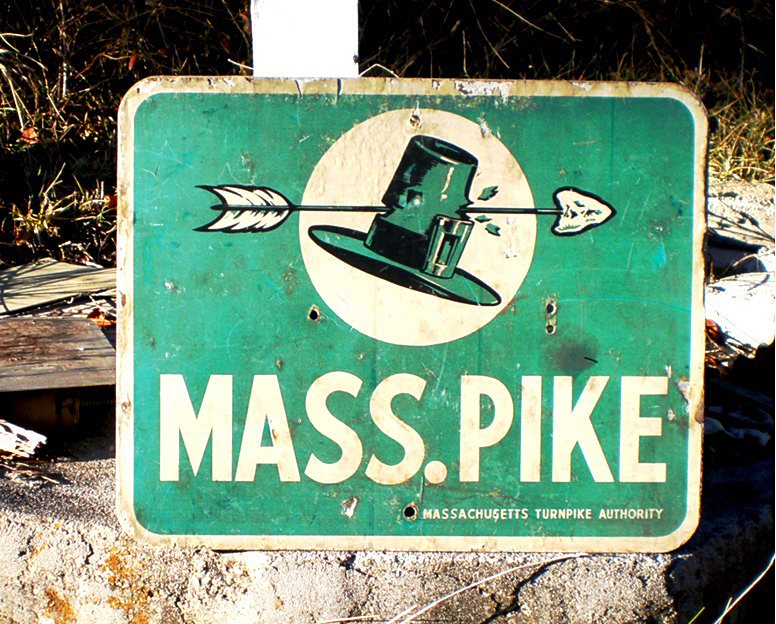 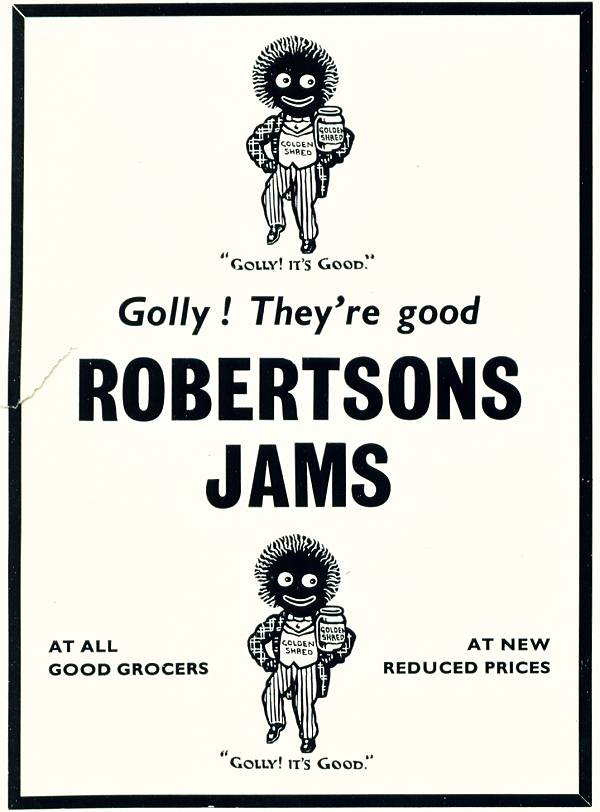 The American (Looney) Right Wing is filled with all manner of conspiracy theories - especially with regard to President Obama.

Here is one they missed.

The President arranged for Abu Ahmed Khattala to be sprung from Libya not because the said man is suspected to be involved in the attack on the American Consulate in Benghazi.

Here's the "truth" according to the Looney Tunes of the American Right.

"Khattala was taken from Libya so that he could be given  Food Stamps and enrolled in Obamacare."

Our President knows no shame.

Memory Loss. I am too young for this

Her staff made an appointment with me to remove the stitches from this minor surgery, and to attack another squamous cell carcinoma from my left ear.

This latter surgery was slated for today at 9:10 a.m.   Rd. .Bogart's office staff phoned me last Friday to remind me of the appointment.'

My ears heard this, but my mind told me that this second appointment was slated for Tuesday 17th June.

And so it was that I was at home this morning when a person from Dr. Bogart's staff called me at 9:30 to ask why I had not shown up for todays appointment.

OMIGOD  I was so embarrassed.   I asked myself  "am I already getting to be ditzy?".

The Office Staff were kind,  They asked me to drive at Dr. Bogart's office just as soon as I could.

Those who had arrived early for their appointments took my place,  I was appropriately relegated to the end of the queue.  Therefore I had my surgery at  about 11:00 a.m.

Dt. Bogart removed the stitches from my temple surgery last week, and she lopped a bit off my left ear to remove the squamous cell carcinoma which had taken up residence there.

All's well that ends well, but I am still embarrassed at the knowledge that I missed/forgot my appointment,

I am too young for such memory loss.

But since, as a result of my sermons you are all convinced Trinitarians (!) I will pass over that piece of dogma today.


Many of my family members are devout and devoted Evangelical Christians. I am greatly impressed by their passion for the Lord Jesus Christ and their subsequent commitment to the poor and needy.  We have recently spent some good and gracious time together.


One of those evangelicals, a nephew and his wife have adopted two children. One of them is a sweet lad who has particular needs, arising from what we loosely call autism.  His adoption arises from a special form of sacrificial love on the part of my nephew and his wife.


My oldest sister is also a very fine evangelical Christian. The Baptist Church she attends ministers with people from 27 nations. Her life and witness puts many liberal Christians to shame.


We were recently in Norway and as we rejoiced in the splendid beauty of a snow capped mountain and its decent into a fjord she said “How can anyone see such beauty and not believe in God?”


We’ll re-visit my sister and my nephew in a bit.


There are many creation myths and stories in ancient and contemporary cultures and religions.  They are not to be taken as literal or scientific; instead they are stories about the ways in which human beings understand themselves in the great scheme of things.

The bible itself has two quite distinct and separate creation accounts.


In the creation story we read today there is no Eve, no Adam, no God walking in the garden of Eden during the cool of the evening, no talking serpent, no banishment from Eden.


This version is poetic, even in English.


The story affirms the goodness of creation..  There is no original sin here.  There is original blessing


The purpose of the story is made clear at the end. We read that “God blessed the seventh day and hallowed it, because on it God rested from all the work that he had done in creation”.


We may be permitted to smile at the idea that God was so exhausted after creating all that is, that she had to take a day off.


That smile apart, we see that the story is not so much about creation; it is much more about the establishment of the Sabbath as a day of rest. There is one day which is to be blessed above all others.


We can imagine a young child asking her mother “why do we have to keep Sabbath?”  Mum replies with a story – our story – one in which God rested on the seventh day an indication that God intends his creatures to take time out from toil.


There is another line in the story which calls for our attention. God says to humankind "Be fruitful and multiply, and fill the earth and subdue it, and have dominion over the fish……etc., etc., etc.”


“Having dominion” is problematical if we take it to mean that humans have absolute and unquestionable rights over all creation.  But if we remember that the world over which humans are to have dominion is God’s world and not ours, then “dominion” comes to mean taking care of creation on behalf of God.


For you see, creation as we know it is not complete. The work of completion is to be accomplished by evolution, and by human activity.


It is utterly consistent with the biblical record to assert that God is not a magician in the sky who brings all that is into being in six days.  Genesis 1 is a story!

It is also entirely plausible to suggest that God’s creative grace is seen in evolution.


We know from our own experience and from Scripture that God is a risk taker.

Over and over again God takes the risk of using flawed and fallible humans to bring about forgiveness, mercy and salvation.  Our freedom of the will is God’s risk.


I suggest that God has given all creation the same freedom to grow, to develop and to evolve.  That freedom brings with it the chance that things can go awfully awry, as when a tsunami or an earthquake causes great devastation.


It also brings the chance that lovely children can be born with chromosome deficiencies as is the case with my great-nephew.

I rejoice that his bodily deficiencies bring forth a super abundance of love and care from his parents and his little sister.


When my dear sister said: “How can anyone see such beauty and not believe in God?” , I answered yes. Not because I believe that the beauty of the world gives proof of God’s existence, but because such beauty evokes in me a trembling sense of awe and wonder.


I would add that “natural beauty” is often made more beautiful because of human activity.
The groves of fruit trees near the town of Flam on the Sognafjord make the lower hillsides lovelier.
A small grass-roofed cabin perched halfway up the mountainside, or a simple Fjord-side harbour creates a gorgeous perspective which adds to the beauty.
I am not willing to give all the credit to God!


The time with my family on a lovely cruise ship to Norway was a Genesis chapter one experience.


First it was the privilege of an eight day Sabbath. It was a time away from being busy, from cares, from troubles, and from fretting about all those matters which we cannot control.


Second it was a time to experience a sense of awe and the beauty of the world – God’s creation, nature’s evolution, and human skill.


Third it was a time in which we deepened the love and care we have one for another.