Wisdom from the fabulous Desmond Tutu

The following is excerpted from the Archbishop Desmond Tutu's new book, 'God Is Not A Christian: And Other Provocations'.
Archbishop Tutu dissents from the official policies of most of the world's Anglican churches, which hold that gays and lesbians should be celibate; and in the years since his retirement as archbishop of Cape Town he has become one of the world's most prominent figures pleading for a change in the attitudes of religious institutions toward human sexuality. Tutu's position is reflected in excerpts from a newspaper article and a sermon preached in Southwark Cathedral, London, in 2004.
A student once asked me, If I could have one wish granted to reverse an injustice, what would it be? I had to ask for two. One is for world leaders to forgive the debts of developing nations which hold them in such thrall. The other is for the world to end the p…
Post a comment
Read more

June 09, 2011
The fable of “The Emperor’s New Clothes” is a powerful and truthful critique of the nature of governmental/political power.
It is ever so apt with regard to what the media pundits are calling “The Arab Spring”.
There is no Arab Spring. There is a ton of nakedness in Middle Eastern and North African Arab states.
1.     *Hosni Mubarak is no longer the head honcho in Egypt: that is true. But for now Egypt is a quasi military dictatorship.
2.       * There is no clear evidence that Tunisia is in any way approaching some manner of representative democracy.
3.      *  The Sunni elite in Bahrain is effectively silencing the Shia under-class.
4.        *Yemen is a basket case of a “State” and will probably always be so. Clan and tribal loyalties will always be the determinant in that country.
5.        *For reasons which I do not understand, NATO has decided to back the rebels in Libya.There is no doubt that Khadafy is a ghastly, cruel and paranoid leader, but there is also no certainty that the reb…
Post a comment
Read more

June 08, 2011
I have been blessed with so many opportunities to take great adventures.
It all started when I was about 26 years old when I took a CYFA (Church Youth Fellowship Association) via Christ Church Clifton Bristol to Oberstdorf in the Bavarian Alps. It was my first time out of the United Kingdom, and it gave me a thirst for travel.
That trip included excursions through Austria and Switzerland.
Since then I have been able to savour visits to Holland, Belgium, France, Italy, Germany and Greece.
In 1973 I took a trip to Kenya and Tanzania (with an un-planned and enjoyable 24 hour stopover in Egypt).
Within North America I have been in Canada and Mexico.
I spent some good time in the Honduran Republic (in Central America) back in about 1999.
Last year I was on the South American continent in Ecuador.
And in about 2003/2004 cI was able to spend ten glorious days in The Lebanon – a Middle Eastern country which is geographically part of Asia.
O my golly.I have been in the continents of Africa, Asia, Europ…
Post a comment
Read more 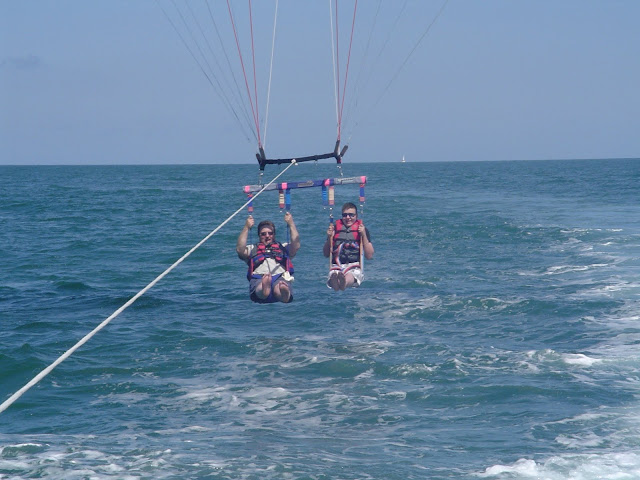 Together with my brother Martyn and his son Sam I para-sailed off Anna Maria Island on June 3rd 2011.Here are some of the “official” photo’s
Post a comment
Read more

In the midst of lfe we are in death

June 06, 2011
1. It’s been overcast all day (June 6th 2011) here in SRQ.  I/we’d hoped for rain, but there has been not a drop.
2.“Scottie” Jacobs is one of my neighbours. She “celebrated?”  her 98th birthday yesterday at a party to which I was invited.  It was a gentle and lovely time.  But dammit, I do not wish to live another 31 years until I reach her current age.
3.I’ll be happy to pass from this life sometime between now and my 75th birthday.
4.Jeanne and Eugene Beekley are my near neighbours.   Eugene has been a Pastor in the “Church of the Brethren”, and a USAF Chaplain.  He passed from this life a couple of days ago at aged 93.  I plan to attend his funeral service. 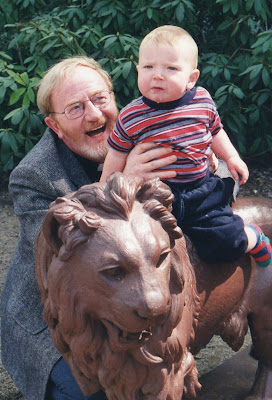