SUCH GRATITUDE: (Ordained as Deacon forty years ago today),

In June 1976, together with eight or nine other men I was incarcerated and on lock down for forty eight hours.

We were on a mandatory pre-ordination retreat at the retreat centre of the Diocese of Bristol, U.K.

Some were to be ordained Priest, (those who been made Deacon a year before). I was in the class of those to be made Deacon.

On Sunday June 27th 1976 we were released to the care of a couple of minibus drivers and taken to Bristol’s Cathedral of The Holy and Undivided Trinity. As we alighted from the ‘buses at the rear entrance to the Cathedral on a gorgeous sunny day, the bells rang out in frenzy of change ringing. It was “magical”.

My sense of thrill and awe went deep as we vested for ordination in the Cathedral’s Chapter House (completed in 1160).  I thought of all the Priests and Monks who had used the Chapter House in more than 800 years of history.

The ordaining Bishop, John Tinsley had never before met me, but having been assured of my “sufficient learning and Godly conversation” he laid his hands on me, and I was made Deacon.

My mother was there (Dad had died two years before) together with seven of my eight siblings). None of them were Anglicans, so although the ceremonial was strange for them, they knew that they were participating in a solemn and holy occasion.

After I had returned to the Chapter House to take off my vestments, I heard a heavily accented voice calling out “Povey, Povey”.

It was Greta Meyer, the mother of my High School pal Stephen Meyer.  Greta and her husband Martin had escaped Germany in 1939 and came to the U.K. as religious refugees. It’s hard to express how deeply I was moved that this Jewish immigrant had graced my ordination with her presence.

Ten days after my ordination I flew to Boston to take up a ministry at the Church of the Good Shepherd in Fitchburg, MA.  (I was on a two year contract  -  but I am still in the U.S.A!

I’ll leave it for you to decide as to my “sufficient learning and Godly conversation” forty years later!

I was glad to be serving as Deacon at St. Boniface Church, Siesta Key on this morning.

“O Thou who camest from above” the hymn we sang today is a fine prayer for ordination (and for all ministry, lay and ordained).


P.S. I take some pride in the fact that the Diocese of Bristol was the first to ordain women as priests in the Church of England on 12th March 1994

Here is the Hymn.

I posted this on Facebook today.  It was well received, so now I add it to my Blog.

From a British born American Citizen.

(1) Brexit (however dreadful) is not the end of the world

(2) The stockmarket is not the economy,

(3) The economy is not the stockmarket.

(4) Do not allow Brexit to move your attention away from Climate change, and from Global warming, and from overpopulation, and from diminishing natural and food resources, and from the pollution of the land and the oceans, and from rampant international militarism,.

(5) Do not panic - that plays into the hands of the oligarchs and the oppressors.
(6) Continue to work for justice, human rights, environmental integrity, and against the world-wide oppression of girls and women and human trafficking.

The Kingdom of God versus death by ecclesiastical bureaucracy 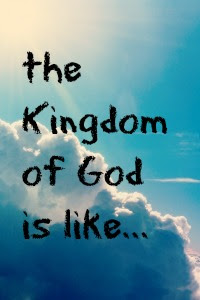 He said it, but Churches including the Orthodox, the Roman Catholic, the, Reformed,  the "Independent Bible Believing", the Anglican, the Lutheran, the Fundamentalist, and the Evangelical traditions do not believe it.

Our messages are mostly  about strong and growing congregations,

or about "The way of Salvation",

or about our fine Pastors and wonderful music

or about our superior theology and ecclesiology

(with a nod to good works on the side, e.g. feeding the hungry -- good works which can be done just as well by the Kiwanis, or the PTA, or the Bowling League).


Ignoring Jesus' call to live in the Kingdom is bad enough, but the Churches actively oppose it, in their quest for self preservation and self aggrandizement.

I call this opposition to Kingdom life "death by a thousand bureaucracies".

Such bureaucracies are maintained by the Vatican,

by various and sundry Synods and Dioceses,

by Elders in Independent Churches,

and by well meaning but nervous and vision-less  local Church committees and boards.

We kid ourselves that we are "Building the Kingdom Of God"   Fie on that notion.

Jesus never told us to build the Kingdom.

He proclaimed the Kingdom, He called us to live in that Kingdom, which as he said,  is already within you (plural).

He died because he refused to assent to the "Kingdom of Rome"  and to  the bureaucracy of Religion.

The Church of God is like?
NO NO NO

Chip AND Pin (not Chip OR Pin) 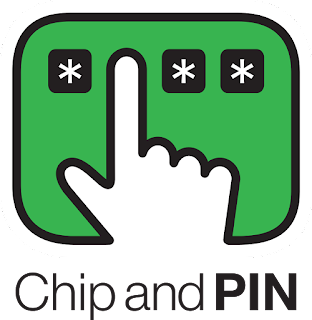 All well and good but most businesses seem to think that the terminals and cars are Chip OR Pin.

Where's the security in that?

There is (maybe) hope!   For the first time, when I was at a store this afternoon, I was required to insert my debit card AND enter a pin.

Whoop-de-doo,  Surely that is the whole point of this added level of security.

Since I was using a Debit Card I remembered my pin.

Next I must go to the websites for my Credit Cards and make sure that I have a pin which I can remember!

Incidentally, when I buy gas/petrol I never use the terminal at the pump. Too many of them have been infected by cheating skimmers.

So I use my Debit Card to pay for my petrol/gas inside the store and not at the pump,


CAVEAT EMPTOR
Posted by J. Michael Povey at Tuesday, June 21, 2016 No comments: Links to this post

I have been parting with friends a lot in recent weeks.  Whoop dee doo!

Today I was at

http://brioitalian.com/index.html for lunch at a  celebration of my tenth anniversary in SRQ
at lunch with my local friends Kay Dahoney and Barbara Dunne (members of the congregation I served in Pittsfield MA) and now residents of  Bradenton, and with Ron and Charlotte Thompson, who were introduced to me by the secretary at St. James's, Cambridge, MA, Judy Beers  when I retired to SRQ in 2006.

It's been my pleasure to introduce Kay and Barbra to Ron and Char, but it's been a while since the five of us were together,

Turns out that this past weekend was Ron and Char's 51st wedding anniversary, and Barbara and Kay's 50th anniversary of life together in a loving and committed relationship.

We had a great party at Brio in a relaxed and unhurried environment, with good food, and a waitress (she didn't have a name badge)  whose service was par excellence.

Yet more partying please!  It's one of the great joys of retirement (together with ministry at St. Boniface Episcopal Church).

I had my Smart-phone with me at lunch, bur in the joy of our great company and good meal I forgot to take a picture.

Just as well.  We were there for good food and human companionship, not for a photo-op. 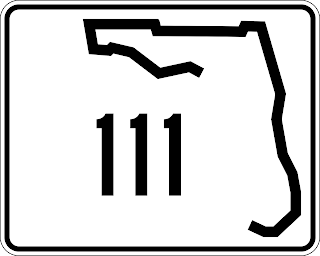 Here are some older photo's

Penne rests and sleeps on her bed during the day.

When I go to bed she decides that the sofa is a much better sleeping spot. 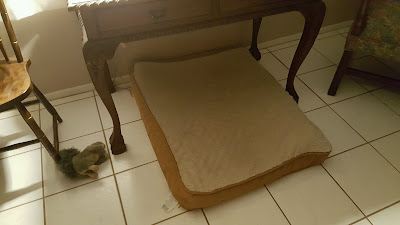 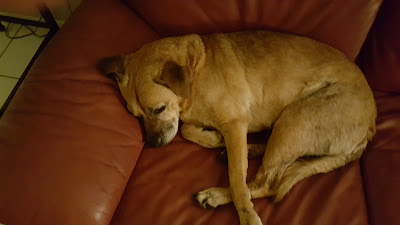 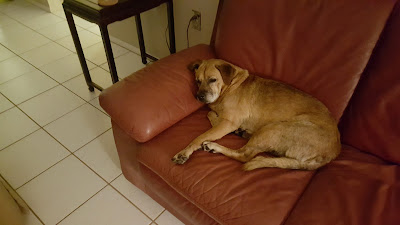 I approve.
Posted by J. Michael Povey at Sunday, June 19, 2016 No comments: Links to this post