Last year (2015)  she could not get enough of my niece Beth and her boyfriend Jordan when they visited from England.

In November 2016 Adelaide wormed her way into the affections of my sister Ruth and her partner when they were staying with me  (also from England).

Now she is all over my sister Maureen.

Yesterday I took Penne for a short walk. When we got back home I saw a stranger folding up some shopping bags which I had left on the hood of my car.

Then the stranger tried to get into my car.  Again I uttered ":Excuse me sir, that is my car"

I couldn't, for the life me me, grasp what the old cadger was doing, and why he was doing it.

Then, simultaneously, "the light went on", and my brain turned on.

The stranger was my brother-in-law Bern!

Earlier in the day we  (with my sister Maureen of course)  had been out to Arcadia, FL to see the place where twenty three Royal Air Force Cadets are buried.

They had died whilst training  to fly during WWII.

It's a moving place for U.K. visitors.   (Bern himself had served in the RAF).


I drive Maureen and Bern up and down the main drag in Arcadia.    They said that it was like a scene from an old American movie.  Apart from the grievous damage inflicted as a result of Hurricane Charlie, Arcadia looks like a town that time forgot. 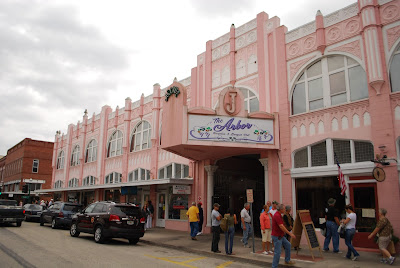 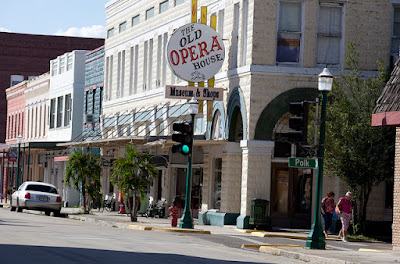 Having driven to Arcadia via Route 70, we came back home via Route 72, stopping to pay our respects to those women and men whose remains are interred in the Sarasota National Cemetery.

Posted by J. Michael Povey at Saturday, December 03, 2016 No comments: Links to this post

I get pre-cancerous spots on my fizzog, pate and neck.

They are sometimes  treated with  frozen liquid nitrogen. This is helpful to a degree,  but the treatment is not perfect.

I have undergone Blue Light treatments, with no success.

Left to their own devices some of these spots have developed into Squamous Cell carcinomas, leading to the inevitable and necessary MOHS surgery, (five times in recent years).


And then there is a topical cream 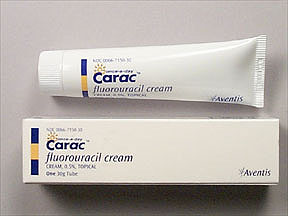 But first the spots get inflamed, sore and itchy. Then they shed puss and blood. Eventually they dry up and flake off.

I have been treating some spots on my neck, below my beard line. As Carac goes to  work I've not been shaving this part of my neck.  It is not a pretty sight. 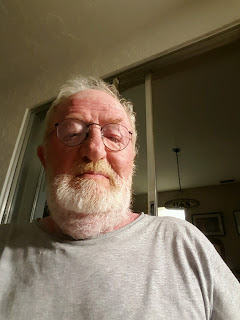 One friend asked if I am sporting the Fidel Castro look.  Nah!

Two neighbours asked if I am a "Santa in training"   No again.

But the mess is worth enduring.  It's better than allowing the spots to develop into Squamous Cell  (or even worse) Basal Cell Carcinomas.

I think that I told you that after the demise of Ada the cat, Penne decided that she wanted to sleep in my bedroom.  (I think that Ada had established that as her space).

So at night time I have been bringing Penne's new bed  (thank you Ruth and Dennis) into my room, and placing it alongside my bed.

All well and good, but after about half and hour Penne has been de-camping to my bathroom, and sleeping on the baths mats.

So I have bowed to her wishes, and I knew place her bed in the bathroom.  (I think that it's like a safe "cave" for her.)

Penne is a "Southern Lady" so she exits the bathroom if I have to pee during the night.