I am sorry that I look so glum.  'Twas a late night for this old codger!

Not just an old codger, but also a part time twit!


When we were seated it was to see a slide like this on the stage.

I thought it was an advertisement and wondered : "when will the slide change so that we can find out more about this new sea food restaurant in SRQ?"

Then the ,light dawned.  It's the name of the show.

(I should get out more!)


Posted by J. Michael Povey at Saturday, March 04, 2017 No comments: Links to this post

A wholly satisfying day: Thomas's, Taylors and my late night


Panera Bread is a dependable place for a decent and reasonably healthy lunch,  I was at their UTC (Saaraota) place yesterday, there to meet my Detroit friends Eddie and Lin Thomas.  They were en route from Kissimmee to Captiva here in Florida.

Eddie is one of the three brothers of my late next door neighbour, Edythe Thomas.  I got to know the Detroit folks when they came to SRQ to visit Edythe in the day of her mental and physical illness, and then again when they came here to sell up the condo.

Of course we had a splendid time over ,lunch.   You know that when time flies, and you spend 105 minutes at a fast food cafe you are enjoying the company even more than the food.


Later in the day I was a P.F. Chang's for dinner with Jonathan and Andi Taylor,  Andi's step-mother "J.R", and St. Boniface parishioner Diana Mott Davidson and her husband Jim.  Like Panera Bread the food at PFC is predictable and reliable.  And just as at lunch we enjoyed lively, spirited and funny conversation.

I did not have so much as a sip of wine as our dinner was a prelude to a visit to Sarasota's  Player's Theatre and the last thing I wanted to do was to fall asleep at the show.  (True confession time -  I snoozed at my oldest sister's Church in Bristol UK, and that was a a morning service.  Ne'er mind, my brother-in-law also dozed off that morning!)

The Taylors had gathered us so that we attend a musical called "BIG FISH". 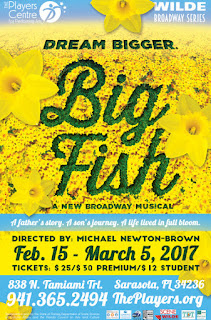 Steeped in the traditional wholesomeness of Rodgers and Hammerstein, this fairytale musical is adventurous, romantic and remarkably hip for any audience that loves musicals. “Big Fish” is an emotionally charged musical with music and lyrics by Andrew Lippa and a book by John August. Based on the 1998 Novel and the 2003 Tim Burton Film, the show revolves around the relationship between traveling salesman Edward Bloom and his estranged adult son, Will, who is looking to connect with the truths behind his father’s tall tales. Variety called it “A wholly satisfying show; meaningful, emotional, imaginative and engaging”.

The star of the show as far as we were concerned was the Taylor's younger son Jacob (Jake).  He is a freshman at Sarasota's New College, and was making his Theatre debut.  He didn't try out, rather he was recruited for the show because he can sing, he can dance, and he is an acrobat.  He is an all round great young man, with a wicked sense of humour.  No wonder Jonathan and Andi came down from Cape Cod to bask in the skill and talent of their youngest.

They got teary eyed, and I was a bit misty when I remembered that Jake was just eight years old when first we met,

Better than the show was the meet and greet with Jake afterwards.  He emerged from the dressing room area with eyes shining, face glowing, and a grin from ear to ear.  What a wonderful sight.  Mom, Dad, Grandma JR, one of Jake's High School pals and I rejoiced to see a young man fully alive!

Posted by J. Michael Povey at Saturday, March 04, 2017 No comments: Links to this post 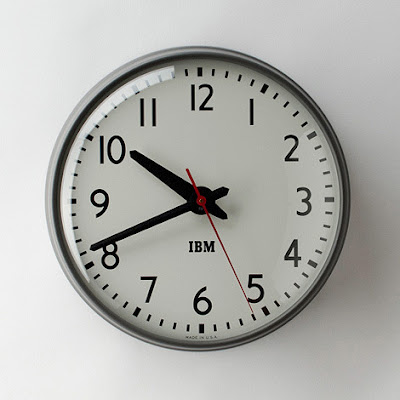 This is the time  (USA Eastern Time).

I am just going to bed.

Posted by J. Michael Povey at Friday, March 03, 2017 No comments: Links to this post

I took myself to Church yesterday for the early morning Ash Wednesday service.  (It was not at the Church of the Good Shepherd, Watertown -  a friend of mine is the Rector there and I liked the drawing).; nor was at at the Parish I serve in retirement.  Every Ash Wednesday I go to the "big Church" in downtown Sarasota).

I come from the Low Church/Evangelical tradition in which ceremonies such as the Imposition of Ashes are sometimes regarded as superstitious, superficial and superfluous.

So I am often a bit on edge on Ash Wednesday.   I like to make a good beginning to Lent, but I am not so sure about the Ashes.

(When I was a newly ordained Priest and full of my own wisdom and baloney I made a big thing about receiving Ashes in the parish I served.  That was more about me than about the people with whom I served.)

These days I chose not to receive them.  I am uneasy about that visible smudge on my forehead, and what it might say  to my sense of spiritual pride.

That's an O.K. choice, just so long as I do not make the  choice itself  with a proud spirit.

And, to be sure, I am not making any statement about my brothers and sisters who receive Ashes as a part of their spiritual discipline.


Immediately before the Ashes are to be imposed the Minister says the following:

.Almighty God, you have created us out of the dust of the
earth: Grant that these ashes may be to us a sign of our
mortality and penitence, that we may remember that it is
only by your gracious gift that we are given everlasting life;
through Jesus Christ our Savior. Amen.

The reminder of mortality is salutatory and essential.  The call to repentance  (a word I like better than "penitence") is essential, and we are ever glad and in need  of the gospel reminder of the gift of eternal life.

Perhaps, as the Reformers might have said, the Ash Wednesday ceremony is a matter of (theological) indifference,   So I try not to get my knickers in a twist about it. And I understand the human need for ritual.

If they had asked me (ha ha), I would have suggested using real dirt from the good earth ( rather than burned up old palms), or, even better, rather than having anything "imposed", (a technical word in this case), the worshipers could be anointed with oil, - a sign of healing; or with water -  a sign of new life.

At age 72 my body, in small ways, is even now giving me reminders of my mortality.

Ash Wednesday is yet one more reminder that I do not have unlimited time in which to forgive others; to own up to my wrongs; to allow my old hurts to be healed and forgotten; and to seek peace and reconciliation with those I have alienated by my self will, pride, actions and inactions.

Posted by J. Michael Povey at Thursday, March 02, 2017 No comments: Links to this post 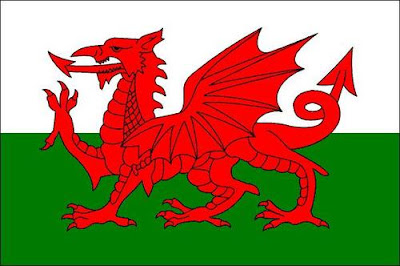 https://youtu.be/3kUnCwV3AYE
Posted by J. Michael Povey at Wednesday, March 01, 2017 No comments: Links to this post

It was two weeks today that I said farewell to my dear Penne. 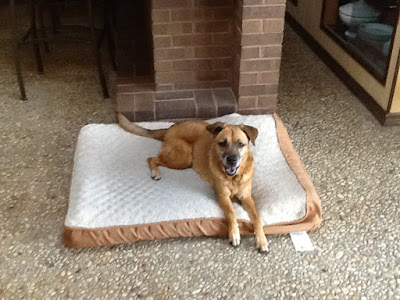 Good Lord above, I miss her so much.  But I am no longer overwhelmed with sadness.  I am simply glad/sad at every memory of her.

In that sad.glad frame of mind I am shameless.  Every  morning and evening I  prowl and lurk in my community,  simply and solely to get my dog fix by petting and stroking the nice dogs who belong to my neighbours.

It'll have to do for now.
Posted by J. Michael Povey at Tuesday, February 28, 2017 No comments: Links to this post

My brother Martyn is in the witless protection programme. 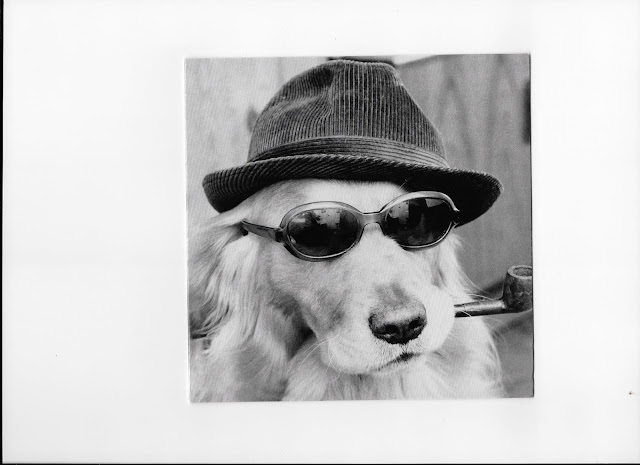 If you see him please do not recognize or greet him.  Do not scratch his haunches or rub his belly.

His life depends on his disguise.
Posted by J. Michael Povey at Monday, February 27, 2017 No comments: Links to this post

We gathered last evening for a Celebration of Ben's life.   "We" were about forty people who adored Ben and were enriched by his life.

In brief, he was a New Yorker  who had a notable career first as an actor, then as a costume designer and maker, and finally as a publicity creator and agent for the stage.

Ben's first partner was another actor Louis Beachner.  They were together for forty years.

After retirement Ben met my friend Bruce Wirtz. They had a loving and gracious partnership. It was because of my friendship with Ben and Bruce that I moved to Sarasota).  Then Bruce passed from this life.

As that grief ameliorated a bit Ben began to host an Open House at his home every evening at 5:00. We called it "Ben's Bar".  There were never invitations or RSVP's -  if Ben/'s front door was unlocked the bar was open, if it was locked the bar was closed.

There could be as few as three at the bar, or as many as fourteen.  There we learned to enjoy Ben's hospitality, his wit, his erudition, and his anecdotes (repeated often).

Ben was highly opinionated  (as were many guests at his open house), so we had many lively and often very funny conversations,

When Ben (finally thank goodness) gave up driving  we were his drivers to his doctors, his dentist, his podiatrist etc.  On those drives we learned to live with his legendary impatience. He was personally offended by every red traffic signal en route.

That  impatience (which Ben  fully owned) made trips to Total Wine, Publix and Trader Joe  a risky adventure.  Once behind a shopping cart Ben raced through the stores like Dale Earhart on steroids.


In all of this we learned to love him dearly.   So the party last night was splendidly joyful.

Bruce's two sons were there having traveled from Cape Cod and from North Carolina.

Nelson, the older son was there with his wife Meredith and their two young children Silas and Lila,  (I officiated at Meredith and Nelson's marriage in 2005).

Andrew the younger son was with us too with his good wife Myra.

The party also served as a great reunion of friends.  My dear pals Ron and Charlotte were with us and their joy was enhanced by connecting again with Betty  (our 93 years old feisty, funny and wise friend - a WWII era Marine!); and with Kay and Barbara my friends from Pittsfield days who now live in Bradenton.

IN a more serious vein we thought not only of Ben, but also of Bruce, and of our friend Bob who recently moved to a memory unit in an assisted living facility.

I thought of my friends Joe R and his wife Deanne who with their children Faith and Ben were charmed by our Ben when they visited me from Massachusetts; as was my friend Joe S who visited from London, U.K.

Bob and Ben were at my home to visit with Maureen and Bern last December. We were the last to see and enjoy him.  He died the next day.

Posted by J. Michael Povey at Sunday, February 26, 2017 No comments: Links to this post