Showing posts from November 7, 2010
Show All

November 13, 2010
The release from house arrest (for now) of the incredible Burmese matriot, Aung San Suu Kyi, leads me to tell you of other “matriots” whose biographies I have chosen to read in recent months.
The word “matriot” may not be in any dictionary but I have created it to identify incredible women who have served humanity in courageous, wise and skilful ways.
I have recently read biographies of the following:
1. Eleanor of Aquitaine 1122-1204 – a powerful woman in an age when men ruled.
2.Queen Elizabeth I of England  1533-1603 – skilful, cunning and wise monarch – known as “Gloriana”; the “Virgin Queen”  (for whom the American State of Virginia is named); and “Good Queen Bess”
3.Anne Hutchinson of Boston 1591-1643 - she dared to be a religious teacher and “took on” the male leadership of Church and State in Boston.
4.Queen Anne of Great Britain 1665-1714.  The last of the Stuart Monarchs; The very first Monarch of the United Kingdoms of Scotland and England; A staunch supporter of the Church of En…
Post a comment
Read more 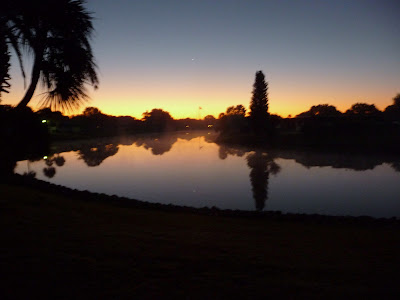 How many degrees of separation?

November 10, 2010
Episcopalians live in a very small Church.
For example:  Reg, the Senior Warden of my home parish (St. Boniface Church, Siesta Key, FL) recently took a trip to New Orleans, where he took a tour of some of the glorious Victorian Homes in that City.
At one of the houses he “happened” to mention that our current  South West Florida Bishop, (Dabney Smith), had lived a door or two away when he served a parish in “NOLA” (New Orleans, Louisiana).
Upon the mention of the Diocese of South West Florida, another tourist pricked up his ears and asked Reg:  “Do you know an Episcopal Priest named Michael Povey who has retired to Sarasota?”
Reg admitted that he knew me.
The other tourist identified himself as John S.  He further related that he is the partner of David, a Priest in the Diocese of Newark.
Gosh-and-be-golly -  David and I were colleagues in the Diocese of Western Mass.  In fact he served with me at St. Stephen’s, Pittsfield, MA, and he became the interim Rector when I left there in 2000.
I ha…
Post a comment
Read more

November 09, 2010
Denise worked at the local car dealership at which I get my Hyundai serviced. She is one of the most friendly, helpful and honest service clerks I have ever met. She left there last Friday to move to Brandon, FL some 60 miles. I saw her on Friday and was able to wish her all the best in this new part of her life.
When I retrieved my car the next day I was attended to by Bob, her manager. I ventured that I would miss Denise. “Not as much as I” he said, “she is one of the finest people I’ve ever worked with”. What a lovely tribute.


++++++++++++++++++++++++++++++++++++++++++
I am reading biography of Queen Elizabeth I (it’s by Alison Weir, and was published by Ballantine Books in 1998). Weir recounts that the Earl of Oxford broke wind when bowing before the Queen. He was so ashamed that he went into a self-imposed exile from the Royal Court for seven years. Upon his return, Elizabeth warmly received him, then said, with a mischievous twinkle, “My Lord, I had forgot the fart.”

It’s had a bit of a makeover, thanks to new templates from Google. I reduced the number of “labels” (there are probably still too many), and re-organised the right hand column so that it now shows information in a descending order of importance.

My brother Martyn got a preview of “the new look” (as well he should), and he likened it to how we all look smarter when we’ve had a new hair-cut or hair style. He liked this particular “hair-do”!

Let me know what you think.

I chatted today with my friends from St. John’s College, Nottingham, UK days, David and Alison Veness. They live in St. Alban’s, Hertfordshire, U.K. David made a friendly comment about my “rants”. He got it right!

I am fulfilling that vow when I “rant” on “Povey Prattle”!