WORDS (from my restless mind)

1. I have met many people who are  HIGHFALUTIN.

Why is it that I have never met any LOWFALUTIN people?


2.  I sometimes read or hear that certain items will be "auctioned off".

"Off what?".  Shouldn't they be simply "auctioned"?

Shouldn't  we simply say "this will be printed"?

I was near the ghastly  University Town Centre in SRQ this afternoon when I spotted a sign which directed drivers  to "The Shoppes"..

What are "Shoppes"?   Are they not simply "Shops"?

5. And should not our local "developments"  be  "Palm Air"  rather than "Palm Aire", or "Grand Point" rather than "Grande Pointe"?

Posted by J. Michael Povey at Saturday, October 17, 2015 No comments: Links to this post

Marriage - Biblical and Christian - One man, One woman? - NO!

Conservative politicians in the U.K. and in the U.S.A. are fond of asserting that marriage has always been between one man and one woman. They rest their case on the Bible

Evangelical and Roman Catholic Christians in both countries agree with this point of view, and assert that the Christian teaching, based in Holy Scripture and/or the Tradition of the Church, is unchangeable.

Predictably neither the politicians, nor the the Church leaders get it right.

FOR EXAMPLE, in the biblical record Abraham had a wife and a concubine, Jacob had two wives, David had multiple wives and concubines, Solomon had many wives and many concubines.

AND IN THE CHRISTIAN TRADITION the leaders of the western European Church (Popes, Cardinals, Bishops) found many ways by which the Kings, Emperors and Princes of western Europe could set aside a wife (e.g. by the fiction of annulment), and then marry another.

IN MANY CASES the decisions of Popes, Cardinals and Bishops rested not on the bible or the tradition of the Church;  but on the political alliances and allegiances of any given Pope.

Thus it was that the odious King Henry VIII of England had six wives.

He would have asserted that he had but three marriages.

He would have  claimed that:

1. Catherine of Arragon was never his true wife since she had been previously married to his deceased brother Arthur, and therefore his marriage to her was void.

2, Anne Boleyn was his true wife, but he was a widower after she died ( by being beheaded at his command!).

3. Jane Seymour was his true wife, the mother of his longed-for male heir (Edward VI), but she died soon after giving birth to Edward.

4. His marriage to Ann of Cleves was a terrible mistake,  and that he could legally set her aside because of a defect in the marriage contract.

5.  Katherine Howard was never his true wife because of her alleged affairs  (based on trumped up charges) -  but in any case he was free to marry again after her death: (like Anne Boleyn by being beheaded at his command!).

6.  Catherine Parr was a true wife.

So, via legal and  (Roman Catholic) Church sanctioned "jiggery-pokery",  Prince Hal could/would  have claimed that his marriages to Anne B, Jane S, and Catherine P. were the only three which were "biblical and Christian"..


So much for Marriage -  Biblical and Christian -  One man, One woman.

That idea is a Biblical and Christian fiction.

The Bible and Christian history are replete with examples of marriages which modern  Evangelical and Catholic Christians would denounce as being unacceptable. 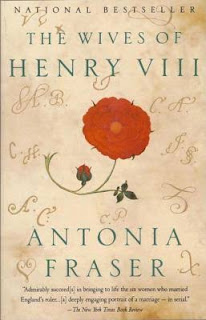 and weep for the six noble women who were treated as mere chattels.


Posted by J. Michael Povey at Friday, October 16, 2015 No comments: Links to this post

(Whilst "up north" my friends are closing their doors and windows and turning the heat on).

"C'est la vie";  or "you pays your money and you makes your choice".
Posted by J. Michael Povey at Thursday, October 15, 2015 No comments: Links to this post

A lovely lunch with a dear friend

My dearly beloved friend Diana is back in the area after her summer sojourn on the island of North Haven in Maine.

Her husband, my friend Fred, will come back from North Haven next month.

Diana and I had lunch at the Dry Dock on Longboat Key.  see:-

The weather was warm, but with a gentle breeze  so we were able to eat outdoors - facing the Intra-Coastal Waterway.

The "Market Price" fish today was "Grouper" -  a delicious and expensive "treat".

The food was good, but the fellowship  was better.

Diana is a charming, intelligent and delightful woman,  Her earliest years were spent in "British India"  where her father was an agent for "Imperial Airways"  (later BOAC, and even later,  British Air).

When her father was transfered to a post in Africa, Diana and her sister were sent back to England to attend a Boarding School.   They came to a cold, grey country, with terrible food  (soon after WWII)  -  a marked contrast to the warm and colourful India, with wonderful food!

There's a long story as to how and why Diana came to the United States, but she and I are glad that our lives intertwined here.

FRED, like I,  is a retired Priest in the Episcopal Church.  We knew and respected each other when he was a Rector in Greenfield MA and I was in Pittsfield MA.

We were delighted (via happenstance) to be reunited when he and Diana (who I had not known in our Western Massachusetts days) - moved to the Sarasota area.

Today was a Diana and Michael day.  We so much enjoyed being together, relaxed as we were, with scarcely a care in the world - able to enjoy life on life's terms, and although we are new friends to chat as if we were old friends.

Posted by J. Michael Povey at Wednesday, October 14, 2015 No comments: Links to this post

Huma: via my friend Rebekah B 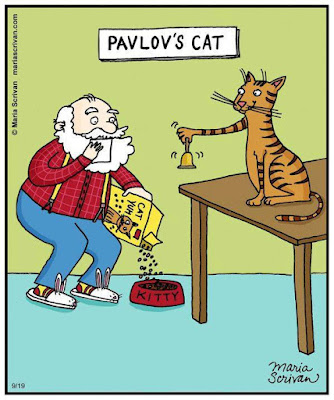 Posted by J. Michael Povey at Tuesday, October 13, 2015 No comments: Links to this post

The Ugly, the Bad, and the Good,


"As a Doctor, I spent many a night pulling bullets out of bodies. There is no doubt that this senseless violence is breathtaking – but I never saw a body with bullet holes that was more devastating than taking the right to arm ourselves away"

(I copied these words from Dr. Carson's Facebook page).

I do not care if you are a Second Amendment absolutist , or a advocate for reasonable restrictions on gun ownership.

I do not care if you are a Republican, or a Tea Party member, or a Libertarian, or a member of the Constitutional Party, or an adherent of the Democratic Party, or of the Green Party.

I do care if you are a compassionate and caring human being,

If this be the case I raise these questions:

1.  "How is it that a compassionate Surgeon, who is a born again Christian, thinks that taking away the right to arm ourselves (which no one is advocating)  is more devastating than than the bullet-ridden corpse of a human being who was made in the image and likeness of God?"

2.  "Would Dr Carson  (a skilled Surgeon who has saved many lives) dare to say this to a grieving parent whose darling two year old child has just been slaughtered in a despicable drive -by shooting (such things  happen).

I made an impulse purchase of a 10oz  tub of Publix brand "Lobster Bisque"  the other day.   I ate it for lunch today,

Good Lord above, it was dreadful.


It tasted a wee bit rancid,   It was so bereft of Lobster meat that my best guess is that this bisque had merely been shown a photo' of a Lobster.

I should have read the label:

The fat content was 71% of the Daily recommended amount

Here is a lovely photo' of the fabulous red sky, as taken in the Bristol (U.K)  suburb of Hanham on Sunday 11th October 2015 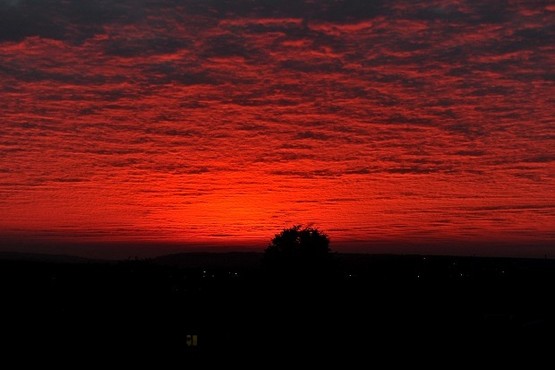 Posted by J. Michael Povey at Monday, October 12, 2015 No comments: Links to this post

It is a  day for repentance for we whose ancestors wrought such physical, spiritual,  and cultural genocide.

It is a day for honesty by we Americans who claim to be a "nation under God", yet refuse to honour the image and likeness of God in the peoples of the Indian Nations.

Posted by J. Michael Povey at Sunday, October 11, 2015 No comments: Links to this post