The N.A.L.C (National Association of Letter Carriers) has sponsored a Food Drive for  twenty five years.   The idea is to leave a bag or two of food by one's mailbox.  The mail man/woman will take that food back to a local sorting office from where it will be transported to the nearest Food Bank.

Local publicity in SRQ was sub-par this year - simply a plastic shopping bag in the mail, with references to Tampa and St. Petersburg Food Banks, but not to Sarasota  (and no date for the collection). (I went on line to find the date.)

So I was not surprised to discover as I cruised the neighbourhood that just about one in twenty five homes had responded.

Nevertheless I persisted and left my contribution by my mail box.

I believe that that those who use Food Banks out of necessity are tired of items such as rice, beans, canned pineapple or dented cans of pinto beans.

So my meager offering this year was of breakfast cereals (as it has been for four or five years). I suspect that many food poor people do not wish to eat rice and beans for breakfast.. It cost me all of $20.

(Do remember that I have nice respectable middle class neighbors who are food poor. and need Food Banks.  The idea that it is only the lazy indigent poor wise who utilize Food Banks is a nasty conservative myth.)

A bit later I stopped by our local sorting office on North Beneva Rd. to take some snaps. It all looks very good until we realise  that this mail sorting office serves at least 10,000 homes, and probably many more than that.  So much for trickle down economics!.

Following my cardiac surgery on May 4th I had a follow up with the surgeon, Dr. Frederick Yturralde this morning.

I like him.  He has a good bedside manner, and he was able to answer the list of questions I took to the consultation.

The news was good.  An EKG showed my heart beat to be strong.  My blood pressure is well within healthy norms, for the first time in more than four years.

Dr. Ytturalde will enroll me in a cardiac rehab programme which is run by our Sarasota Memorial Hospital at their Rand Boulevard (off Clark Rd).  This programme will direct me towards good exercise and healthy eating.  It will also give me powerful incentives to continue my separation from a friend of more than 50 years -  a friend who ultimately betrayed me, did me great harm, and cost me a lot of money. Adieu and adieu to Mr. Cigarette.  Thanks for nothing!

By happenstance I received  (via Sarasota Memorial Hospital) the information from a company called Boston Scientific about the Stent  which was placed in my Left Anterior Descending Artery.

Boston Scientific's mailing included a card which I should carry at all times. I suppose that it will be necessary when I pass through various security systems (such as at Airports), or if I need emergency medical treatment.

(My  New England  inner chauvinist  rejoices that that the Company is called  Boston Scientific - and  that it us based in Marlborough, MA!) ,  Massachusetts is a great State), 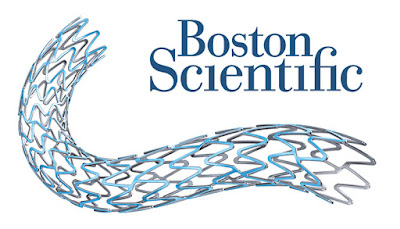 It was issued by Sarasota's Suncoast Technical College for a four session course I am taking  "The Amish, their customs and practices". 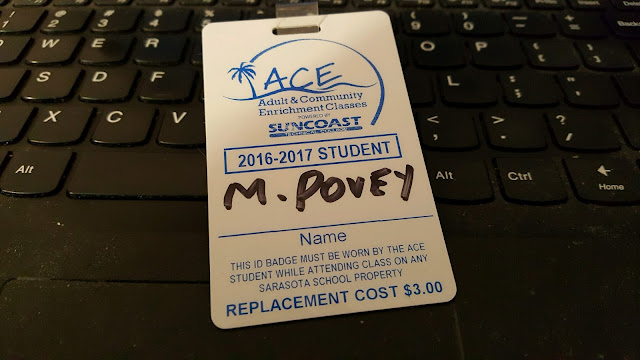 Posted by J. Michael Povey at Thursday, May 11, 2017 No comments: Links to this post 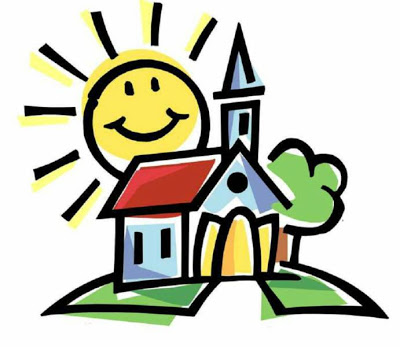 Why is it that Church is just about the last place where a person can say "I am afraid, I am lonely, I am grieving,  I am anxious, my life is a mess?"

Why is it that at Church we are supposed to say :"America is great, this is a fabulous Church, the Music is great, the Sermons are outstanding, my life is a great success"?

Maybe it's because many Churches measure their "success"  by great sermons, excellent liturgy, correct theology, balanced budgets,  marvelous programmes and the like - and not by honest and true relationships.
Posted by J. Michael Povey at Tuesday, May 09, 2017 No comments: Links to this post

I frequently use a local road called Calliandra Drive, the quickest route to Beneva  Road which I use to get to Church, to the Supermarket and Bank, and to just about anywhere.

Calliandra Drive was "developed" some thirty five years ago when the fashion was to have houses built way back from the road, with vast expanses of lawn in the front, and pocket handkerchief  yards (gardens) at the rear  (who knows why?).

It all makes for a dreary and barren frontage 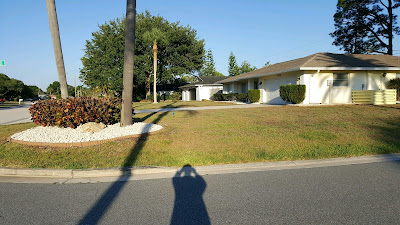 It is also environmentally bad.  Florida is not the place for grand lawns.  They waste so much precious water - just so they can "look good".

Their need for fertilizers and noxious pest control chemicals is problematic.  If it rains soon after their application, the run off is very bad for our retention ponds.   If it does not immediately rain the nasty chemicals can leach into our aquifers.

Then come the lawn mowing machines, edgers, trimmers and leaf blowers which fill the air with exhaust fumes, dirt and dust.

All this for "lawns" which have to look good, but upon which  human bums never sit.

There is one home on Calliandra Drive where the owner/s have created a Florida friendly and ecologically sound front yard.  I admire it every time I drive by,

Earlier today I saw a man who was attending to this Florida friendly yard.  I stopped my car and thanked him for creating such a beautiful and Florida appropriate front yard,   He responded with gratitude. 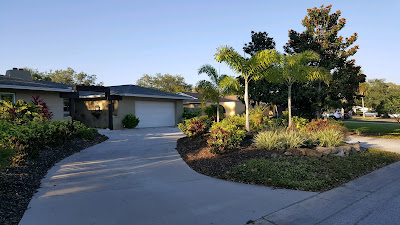 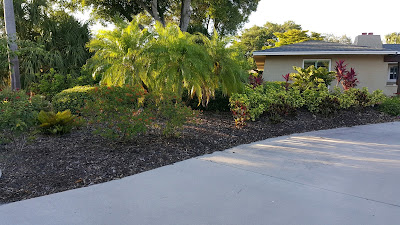 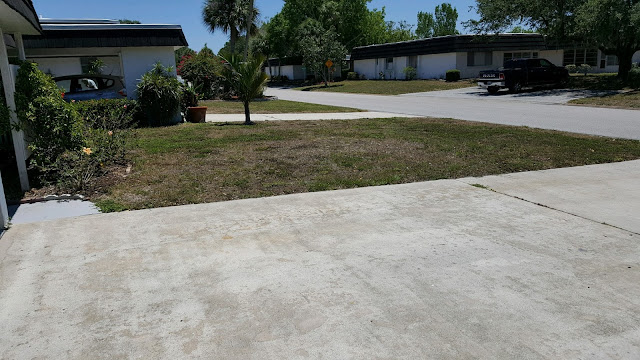 This is a photo' of Glen Oaks Ridge, Sarasota where I live.

It's a modest community for people of modest means.  None of us who live here are super-rich, though about 25% of us also own homes in northern States -  so on a world scale they are very rich.

I would describer us as comfortably off lower middle class folks, very comfortable (and very white)..

Above all else we are respectable, smug,  and highly complacent.

Because I get out and about and talk a lot and listen a lot I am also aware of some residents who are in dire poverty.

There is the 90+ woman who at one time lived high off the hog in a very wealthy SRQ community I am told that when her husband died she discovered that he had signed a/some promissory note/s which robbed her of most of his estate.  Now she lives with a sixty something son who has crones disease (or lupus),.

Their car has been repo'd and their power cut off  (I thought that this was illegal). Imagine not being able to cook, watch T.V. or have air conditioning in Florida heat.

And the 74 years old woman who is all alone with no friends and no family members. She is unemployed and unemployable due to ill health.

I chatted with her one day last week and tears descended from her face as she told me that she is so depressed that she is not even doing any housework.  She is so alone.

It would take an army of social workers to address the issues these neighbours have,

I am entirely unable to render them significant help,

But before sunrise this morning I left gift cards from my local supermarket at their homes, cards which might enable them  to buy a few groceries. I did so anonymously, simply signing the cards "from a neighbor".

The cards will do next to nothing to solve their long term problems.  But God willing they will convey a message which says "somebody cares".